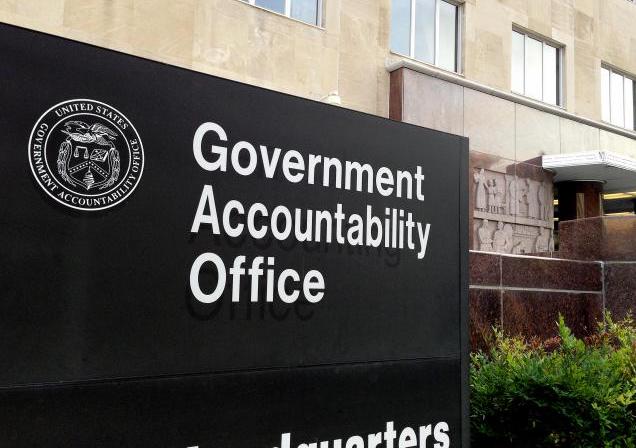 The GAO review, which got underway this summer, comes at the time when the Donald Trump-Betsy DeVos Department of Education, which has shredded many key accountability measures for for-profit colleges, has actually appeared concerned about a couple of these non-profit conversions.

Emrey-Arras says she anticipates that GAO will release its report in late spring or early summer of 2020.

Over the past decade, a number of for-profit colleges have converted or sought to convert to non-profit status, which could allow them to escape the specific Department of Education regulations applied only to for-profit schools, such as the 90 percent ceiling on revenue from Department student grants and loans, as well as avoid the stigma created by the awful predatory behavior of some for-profit schools. Non-profit status also allows colleges to avoid taxes and accept charitable donations.

Unfortunately, many of these conversions — Keiser University, Center for Excellence in Higher Education, Ultimate Medical Academy, Kaplan/Purdue Global, Dream Center/ Colbeck, Ashford University, Grand Canyon University, and others– have been structured in ways that create big financial benefits for the former for-profit owners or others, or otherwise raise concerns not only about conflicts of interest but also about the potential for continued predatory practices.

An April 2, 2018, letter from the four lawmakers to GAO requesting the study laid out worries about the conversions and concluded, “We are concerned these for-profit colleges may use these conversions to shield themselves from scrutiny and continue to put profits over students’ best interests….”

Bob Shireman, the former Deputy Under Secretary of Education who is now at the Century Foundation, says that GAO staff have interviewed him about the findings of his published report on these issues and subsequent research.

As GAO examines for-profit to non-profit conversions, Secretary of Education DeVos has been dealing with specific requests by schools to be recognized as non-profits for purposes of Department of Education regulations.

In addition to DeVos’s Department, for-profit schools must clear several other hurdles to become non-profits.

The IRS, whose oversight of abuses of non-profit status has been notoriously weak, has approved the operation of a number of former for-profit schools by non-profit operations; it’s also rejected several challenges to those applications by whistleblowers and watchdog groups.

Private accrediting agencies also have to approve new ownership, and they have toughened up their approaches in recent years, but in the end have approved nearly all the conversion applications of schools under their watch.

States also have generally fallen in line approving the changes of ownership to non-profit entities.

Even if a formerly for-profit college has begun operating as an IRS-, state-, and accreditor-approved non-profit, however, the Department of Education still must make an independent decision as to whether to start treating the college as a non-profit, which frees it from the federal 90-10 rule and other requirements.

Near the end of the Obama administration, the Department of Education put its foot down and refused to shift the schools acquired by the non-profit Center for Excellence in Higher Education — CollegeAmerica, Stevens-Henager College, and Independence University — to nonprofit status. The Department concluded that the conversion benefited not students, but Carl Barney, the wealthy prior owner of the schools who received an enormous payout from the deal and who became the sole “member” of the new non-profit.

CEHE, whose schools have received hundreds of millions in taxpayer dollars for student grants and loans but have repeatedly been accused of deceiving, overcharging, and under-educating students, sued the Department, seeking to overturn its decision. Soon after, the president of Trump University became President of the United States, and the new defendant in CEHE’s lawsuit was Betsy DeVos. Last December, CEHE dismissed its lawsuit. I have been asking the Department and CEHE ever since, including as recently as last week, on what terms the case was dismissed, whether the Department had reversed its decision and agreed to treat CEHE schools as non-profit, and whether CEHE had made any concessions in return, such as Barney agreeing to reduce his haul from the deal. They’ve never answered. The public should know the answer.

But while we don’t know the arrangement between the DeVos Department and CEHE, in recent weeks we have seen that the terms of other non-profit conversions were deemed too shady even for DeVos and her team, who have otherwise systematically eliminated accountability measures aimed at protecting students and taxpayers from predatory college abuses.

We know about these recent DeVos actions, regarding Ashford University and Grand Canyon University, because, unlike the CEHE schools, those two converted non-profits remain tied to publicly-traded corporations, which must disclose significant developments to investors through filings with the Securities and Exchange Commission.

Ashford has an extensive record of engaging in abuses of students. A 2011 Senate committee hearing exposed the company’s egregious predatory practices — taking over a small Iowa non-profit college for its accreditation, engaging in deceptive recruiting to rapidly expand enrollment, spending little on instruction while paying its CEO, Andrew Clark, $20 million in a single year. After the hearing, then-Senator Tom Harkin (D-IA), chair of the Senate HELP committee, declared Ashford “a scam, an absolute scam.” The school has since been sued and investigated by multiple federal and state law enforcement agencies for deceptive and fraudulent behavior that has left many former students with crushing loan burdens.

In 2017 Ashford hatched a plan to separate from its for-profit operator, Bridgepoint Education, now called Zovio, and become a non-profit, while Zovio would contract with the school to provide various services.

But Zovio disclosed in an SEC filing on October 7 that in order to tentatively approve Ashford’s conversion to non-profit, the Department would require the school to post a $103 million irrevocable letter of credit — equalling about 25 percent the school’s annual federal aid —  as a way to protect taxpayers and students in the event of a school collapse.

Zovio is not in great shape: Its stock price has fallen nearly 80 percent since March, its revenues are down, and at the end of October it announced significant layoffs.

In its SEC filing, Zovio pouted that, if forced to put up some money, it might now consider selling Ashford to someone else, rather than spinning if off. But, Zovio assured investors, such a sale would still allow Zovio to “enter into an education technology services agreement with the acquirer,” the same kind of lucrative contract it planned to reserve for itself with the converted Ashford. Selling Ashford, Zovio said, “may likely not require the posting of the 25% LOC with the Department.”

DeVos’s requirement for the letter of credit was a dramatic development for a company that has become accustomed to getting its way. The school’s accreditor, after raising some concerns, eventually this year approved the for-profit conversion (subject to the company meeting conditions, including Ashford officers divesting any ownership stake in Zovio). Zovio may also have taken comfort in the fact that a top DeVos higher education aide, Robert Eitel, previously was a senior executive at the company. The Trump Veterans Administration has also seemed to side with Zovio, and against California’s veterans agency, over Ashford’s sham effort to claim it is headquartered in Arizona, a state that has long tolerated for-profit college abuses.

But DeVos’s decision may create real problems for Ashford, which might really need non-profit status, because it has sometimes struggled to keep its federal aid under the 90 percent ceiling, and likely has survived only by aggressively targeting military service members and veterans, whose VA and Pentagon education aid, at least for now, does not count as federal money.

Unlike Ashford, giant Grand Canyon does not have a record of extreme predatory abuses of students, but the structure of its conversion raised serious concerns: Brian Mueller is both the president of non-profit Grand Canyon University (GCU) and the CEO of and shareholder in for-profit Grand Canyon Education (GCE), which gets paid to provide a range of services to the university. The for-profit company will be getting about 95 percent of the non-profit college’s revenue. Earlier this year, Mueller bragged to Wall Street investors that enrollment at the school is up, profits for the company are up, and prospective students love hearing that the school is non-profit.

Grand Canyon has some 20,000 students on campus and another 80,000 studying online, and fields a range of sports teams, including men’s basketball that now mostly compete in NCAA’s Division 1.

The DeVos Department has approved the sale of the school to a non-profit entity, but, stunningly, it just denied Grand Canyon’s application to treat the school as a non-profit.

Mueller announced that decision, which he said he had received an hour earlier, at the tail end of a 37-minute, previously-scheduled quarterly call for investors on November 6.

Comparable to the Obama education department’s findings as to CEHE, the Trump-DeVos Department found that “the primary purpose” of the Grand Canyon conversion  “was to drive shareholder value for GCE with GCU as its captive client — potentially in perpetuity.”

Grand Canyon is not at risk of violating the federal 90-10 rule (it gets about 73 percent of its revenue from Department of Education aid) or any other regulation tied to for-profit colleges. Grand Canyon can likely argue successfully that, despite the Department decision, it can continue advertising itself to students as non-profit. So why does it care so much about whether the Department of Education classifies it as non-profit?  Perhaps Brian Mueller just wants the status of being the enlightened president of a real college. Perhaps he has other reasons.

[UPDATE 01-28-20: This compelling new report from Citron Research might illuminate GCU’s motives for converting to non-profit.]