posted at 8:50 am by David Halperin 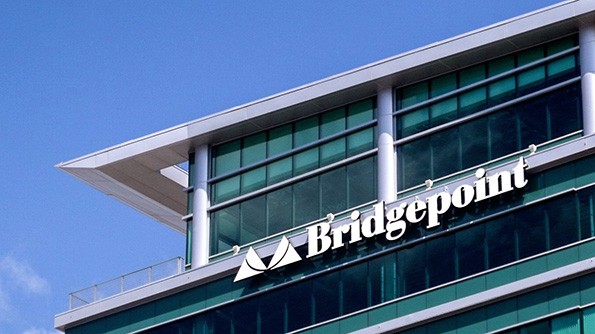 The U.S. Department of Veterans Affairs is charged by law and principle with shielding veterans from predatory abuses — deceptive recruiting, high prices, low-quality programs — by colleges seeking to profit off the GI Bill, which helps veterans pay for higher education. But as the Trump administration, especially the Betsy DeVos Department of Education, has moved to trash protections for students and taxpayers against predatory for-profit schools, the VA has continued allowing such colleges to enroll veterans.

Now, in an escalation of a long-running dispute over the continued operation of troubled for-profit Ashford University, the California state veterans affairs agency has responded to a threat from the Trump VA with a letter asserting that the VA is trying to force it to choose between two courses of action, one of which the California agency says would be “slovenly and inequitable” and the other that would be “a dereliction of our duty to protect our veteran students.”

The fight is over the California State Approving Agency for Veterans Education’s (CSAAVE) refusal in December, for the third time, to act on Ashford’s application to continue enrolling nationwide student veterans who use GI Bill money toward their tuition. (Politico reported on the dispute last month, but the letters exchanged among the Trump VA, CSAAVE, and Ashford remain behind Politico’s “Pro” paywall. Republic Report obtained the three letters independently and has posted them with links below in this article.)

It’s unclear how this dispute will be resolved, given that California and the VA have dug in to opposing legal views.

Ashford, owned by Bridgepoint Education, has a long record of predatory practices and has faced multiple law enforcement probes and lawsuits. The school, with some 40,000 students, about 4000 of them veterans, now conducts its courses entirely online.

Veteran enrollment and GI Bill funding is critical to Bridgepoint’s schools, not only because it is a significant percentage of total revenue but also because it helps them satisfy the federal requirement that for-profit colleges receive less than 90 percent of their funding from Department of Education-funded student grants and loans.

Federal law also requires that, in order to be eligible to enroll veterans using the GI Bill, a school must have the approval of the state where its main campus is located.

Ashford lost the approval of Iowa, the state where its central physical campus was located, after Bridgepoint, in 2015, closed that campus — a campus whose acquisition by Bridgepoint in 2005 provided Ashford’s accreditation, a campus that Bridgepoint promised it would never close.

While appealing Iowa’s cancellation of GI Bill approval, Ashford sought approval from Arizona, a state that has generally been friendly to for-profit colleges. But in 2017 the VA rejected that move, saying that the school’s main campus was not in Arizona. Ashford had rented some office space in the state, “roughly the size of a Chipotle restaurant,” but Ashford/Bridgepoint’s corporate headquarters has long been in San Diego. California may have seemed to Bridgepoint a less inviting regulatory home, because officials have taken major steps in recent years to crack down on for-profit college abuses of students, including veterans.

In response to the VA’s rejection of Ashford’s bid to be approved in Arizona, Ashford, in November 2017, sued the VA in federal court in Washington DC. The VA then backed off its threat to cut off GI Bill funding to Ashford, after Ashford agreed to seek state approval from California.

Ashford submitted a GI Bill application to CSAAVE in January 2018. But the following month, CSAAVE notified Ashford of its “intention not to act” on the application, in part because the school had failed to provide sufficient responses to its follow-up questions. CSAAVE also cited pending lawsuits charging that Ashford used erroneous, deceptive, and misleading advertising to attract veterans.

In November 2018, Ashford submitted a new application to CSAAVE. But on December 14, CSAAVE wrote to Ashford, again notifying the school of its “INTENTION NOT TO ACT” on Ashford’s application. CSAAVE again said it could not act because of pending lawsuits against the school that alleged deceptive practices against veterans.

CSAAVE noted in the letter that a school, like Ashford, denied state approval may seek approval directly from the VA.

CSAAVE also noted that under federal law, the VA is required to refer claims of false advertising, like those in the California attorney general lawsuit, to the Federal Trade Commission. It’s unclear whether the VA has done so. The advocacy group Veterans Education Success recently asked the VA in writing whether it had made any referrals to the FTC and to identify the schools involved. VA responded that it has “formally referred two educational institutions to the FTC,” but did not identify the schools.

The VA reacted to CSAAVE’s refusal to act on Ashford by threatening to penalize the California agency. A January 2 letter to CSAAVE, signed by the acting director of the VA’s Education Service, stated that, although federal regulations gave CSAAVE the right to refuse to act on a school’s application, CSAAVE was required by its agreement with the VA to either formally approve or disapprove. The VA letter said that “continued inaction on Ashford’s application may provide sufficient grounds to terminate” its cooperative agreement with CSAAVE “and/or to take other actions.”

Politico described VA’s threatened action as “mulling taking away power from the … agency, a drastic move that would affect the roughly 1,100 institutions of higher education it oversees.”

California’s response to the VA’s latest letter came from Keith Boylan, Deputy Secretary for the Veterans Services Division of the California Department of Veterans Affairs, CSAAVE’s parent agency. Boylan’s letter carefully lays out the clear legal case for CSAAVE’s decision to defer action on Ashford’s application, and it specifically cites the lawsuit brought by California’s attorney general against the school as the basis for CSAAVE’s decision. Boylan suggests that acting to finally reject Ashford’s application before the AG lawsuit allegations had been proven “would be slovenly and inequitable,” while at the same time approving the application “with such grave legal allegations unresolved would amount to a dereliction of our duty to protect our veteran students.” Boylan notes, as CSAAVE did in its December letter to Ashford, that federal law gives Ashford the right to apply directly to VA for approval.

Walter Ochinko, research director for Veterans Education Success, and a long-time expert on veterans education issues, agrees with Boylan’s interpretation of the law. “California is interpreting the statute correctly,” Ochinko says. “VA doesn’t have a leg to stand on.”

Bridgepoint’s chief external affairs Vickie Schray told Politico last month that Ashford is in negotiations to resolve the dispute. “Unfortunately,” she added, “the University and veterans have been caught in the middle of an ongoing battle between California and the federal VA.”

But Ashford is no innocent bystander; the dispute is fueled by the school’s history of troubling predatory practices.

In March 2011, then-Senate HELP committee chairman Tom Harkin (D-IA) held a hearing focusing on Ashford and Bridgepoint. Harkin presented a series of charts showing that the company had seen rapid growth, with revenues increasing from $33 million in 2008 to $216 million in 2010, while experiencing mounting student loan default rates. Harkin said Bridgepoint was “a scam, an absolute scam … premised on aggressively recruiting largely low-income, disadvantaged students … collecting their federal grants and loans even as the vast majority of students drop out … and lavishly rewarding executives and shareholders with mostly taxpayer dollars.”

Bridgepoint Education has been under investigation for fraud and other abuses by five state attorneys general. In May 2014, Bridgepoint agreed to pay $7.25 million to settle claims by Iowa attorney general Tom Miller that Ashford violated Iowa’s Consumer Fraud Act; Bridgepoint denied the charges.

In July 2016 Bridgepoint disclosed that the U.S. Justice Department had served the company with a civil investigation demand aimed at determining whether it misrepresented its revenue from private student loans and thus its compliance with the federal 90/10 rule, which requires for-profit colleges to get at least 10 percent of their revenue from sources other than the U.S. Department of Education.

Bridgepoint has also been under investigation in recent years by the Securities and Exchange Commission and the Consumer Financial Protection Bureau.

But while other giant for-profit college corporations — Corinthian, ITT Tech, EDMC — have collapsed, Bridgepoint has carried on, with Ashford receiving $367 million in taxpayer-funded Department of Education aid, and $452 million in total revenue, during 2016-17 (and Bridgepoint’s other school, University of the Rockies, getting another $15 million in federal aid).

In November Ashford’s accreditor, WASC Senior College and University Commission, put on hold the school’s application to be recognized as converting from a for-profit to a non-profit. Bridgepoint had announced in March that it planned to turn Ashford into a non-profit school, while still maintaining a for-profit business that would make money servicing the non-profit. The proposed conversion to non-profit status is part of a wave of similar actions by for-profit college companies seeking to escape the stigma and government scrutiny that their own bad behavior created, while continuing to make big money off low-quality education programs.

Ashford, early last year, made the case for its programs and its eligibility for VA funding here.

UPDATE 06-07-19: WASC notified Ashford on March 6 that, pending receipt and review of additional documents, it is deferring action on the school’s application to  convert to non-profit status. Ashford filed a statement with the SEC stating that it “will provide the requested documentation as soon as possible and upon completion look forward to receiving a final decision” from WASC and noted that the accreditor “is also scheduling a special visit in spring 2019 related to the conversion transaction.”