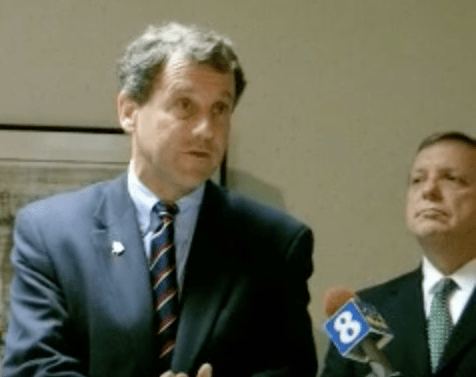 Daniels is the former governor of Indiana. Purdue is an Indiana public university.

As the senators’ letter points out, Kaplan has a troubling record of misleading and overcharging students, leaving many graduates and dropouts alike deep in debt and without the career advancement they sought. The Senators cite a 2015 Brookings study that found that 53 percent of Kaplan students graduating in 2009 defaulted on their federal student loans within five years; in the same period, just four percent of Purdue students defaulted. They also note that Kaplan Higher Education, the Graham Holdings unit that runs Kaplan University, has faced multiple law enforcement investigations and since 2014 has settled cases alleging deception or fraud with the attorneys generals of Florida and Massachusetts and with the U.S. Justice Department. The Senators also remind Daniels that, like other notorious for-profit colleges including Corinthian and ITT, Kaplan has forced students when they enroll to agree that they can never sue the school for injuries; Purdue and other public or non-profit schools have almost never used such one-sided mandatory arbitration clauses.

Under the unusual deal, announced in May, Purdue would purchase Kaplan University for $1 from Graham Holdings, the family-run public company that for 80 years owned the Washington Post newspaper. But Graham Holdings would be handsomely paid to continue managing operations of the school, to be renamed “New University” and would have strong leverage to influence the future course of the university. Under the terms of the deal, Purdue would have to pay Graham Holdings as much as $600 million to end the management contract after the initial 30-year term.

In that light, the Senators warn, “the very organization – and in some cases individuals – responsible for Kaplan’s shameful record as a for-profit college are slated to continue to be responsible for a variety of key functions of New University.”

“Without clear protections for students built into this transaction by Purdue, itself, the [accrediting organization] Higher Learning Commission, and the Department of Education, Indiana taxpayers risk becoming owners of a predatory for-profit college cloaked in the aura of your outstanding university,” Durbin and Brown tell Daniels.

The Senators urge Daniels, in the event the Purdue-Kaplan marriage goes forward, to create “independent oversight structures to ensure” the new school is not run like “Old Kaplan” and to eliminate mandatory arbitration clauses, so students retain the right to sue for injuries.

In recent years, seeking to avoid the bad reputation their industry has so richly earned, and to evade regulations that apply to for-profit schools, a number of for-profit colleges have sought to convert to non-profit status, many through troubling deals that allow the former for-profit owners to continue to make big money. Last August, however, the Obama administration took a dramatic and laudable step: It rejected the application of the converted chain CollegeAmerica/ Stevens-Henager to be treated as a non-profit, concluding that despite the conversion, the chain was operating to benefit its prior for-profit owner. That decision, which the school is contesting in court, imperiled the efforts of other for-profits that had undertaken similar conversions.

But Trump Education Secretary Betsy DeVos, who is in the process of granting every policy wish of the predatory for-profit colleges, has reportedly approved the Kaplan-Purdue deal, along with the controversial acquisition of predatory college company EDMC by the non-profit Dream Center.

The only remaining hurdle for the combination is the accreditor for both Purdue and Kaplan, the Higher Learning Commission, which is likely to decide soon.

A spokesman for Purdue, Brian Zink, told the Indianapolis Star that Durbin and Brown are wrong: “We did five months of due diligence and did it very thoroughly. We clearly understand the situation in ways the senators don’t. In fact, we’ve found Kaplan to be at the cutting edge of higher education best practices…We’re sure the senators aren’t insinuating that Purdue holds itself to anything but the highest standards or that it won’t hold Kaplan University to those same standards once it becomes NewU.”

I think the Senators’ letter insinuates just that, and rightfully so.

While Daniels has presented the Kaplan deal as a bold step in educational leadership, he has advanced the process like a hatchet man politician, hiding the negotiations from his own faculty, obtaining special legislation to shield the school from the state’s open government laws, and leveling a false and defamatory attack on a prominent critic of the deal, former U.S. Deputy Under Secretary of Education Robert Shireman.

Donald Graham, the chairman of Graham Holdings, used his power and connections as operator of the Washington Post to lobby hard in the Obama years against efforts to hold predatory colleges accountable, and this year he has pressed influential Washingtonians to support the Kaplan-Purdue deal.