posted at 8:40 pm by David Halperin 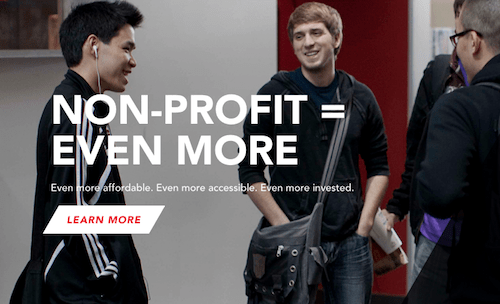 Participants at an upcoming invitation-only conference in the Washington DC area, entitled “Innovation and Public Private Partnership in Higher Education” (P3•EDU for short), will include Purdue University president Mitch Daniels and Graham Holdings chairman Donald Graham — fresh off the finalization of their troubling deal merging public Purdue and Graham’s for-profit Kaplan University. Also scheduled to attend are two former U.S. deputy secretaries of education now profiting heavily off their past experience: Tony Miller (Obama), who is chairman of the board and a key investor in the parent company of the University of Phoenix, and William Hansen (George W. Bush), now CEO of the non-profit Strada Education Network, previously a student loan agency and now an operation whose activities seem largely aimed at enriching the group’s top executives and investing in for-profit education.

The conference also will include a number of leaders from traditional higher education, and from two charitable foundations — student loan-funded Lumina and the Graham-connected Bill and Melinda Gates Foundation — that have been very kind to for-profit education companies.

The April 3-4 conference, sponsored by public, heavily Koch brothers-funded George Mason University, will address revenue-conscious topics including “Enabling the design and growth of online degree programs” and “International student recruitment and pathways programs.” It also promises sessions where “Leading company CEOs and venture capitalists offer their views on partnering with colleges and universities.” Also: “A special discussion of the pending Purdue-Kaplan relationship.”

The conference will be held at a George Mason campus in northern Virginia, with a welcome reception at the fancy Hay-Adams Hotel near the White House. Sponsors of the conference include Hansen’s Strada operation, and for-profit college favorites the Cooley law firm (clients have included the now collapsed and disgraced Corinthian and ITT Tech), which recently celebrated the Kaplan-Purdue deal.

In such settings, subjects like predatory abuses against students and taxpayers — and the mountain of law enforcement actions against predatory schools like Kaplan and the University of Phoenix— are rarely broached. Instead there is talk of, well, innovation.

As the conference website highlights, one key phenomenon that intersects with the growth of higher education public-private partnerships is the rush of efforts to convert for-profit colleges to non-profit status in recent years. Those efforts are now being blessed by the for-profit friendly Trump-DeVos team at the Department of Education.

This development is certainly innovative.

But most of these deals make a mockery of the concept of a non-profit organization, and now, in the case of Kaplan-Purdue, a public university. The arrangements pose new dangers for taxpayers, as well as for the veterans, single moms, immigrants, and others who are deceived and abused by predatory college practices.

As described in a document we obtained five years ago that corporate lawyers prepared for the for-profit college industry, and in other industry deliberations, there are darn good reasons for a for-profit college to convert to non-profit.

First, going non-profit helps free schools from the bad reputation that the for-profit college industry has richly earned through unconscionable practices by many of its companies — false advertising claims, coercive recruiting practices, falsification of documents — that have been documented by congressional investigations, law enforcement probes, media exposes, multiple findings made by the Obama administration in its final years, and the accounts of hundreds of students and industry whistleblowers.

The previously for-profit Art Institutes, having been acquired, in a troubling deal, by the faith-oriented non-profit Dream Center, after Obama Attorney General Lynch labelled the prior owner, EDMC, “a high pressure recruitment mill,” now trumpets its non-profit status — “NON-PROFIT = EVEN MORE; Even more affordable. Even more accessible. Even more invested.” Aggressive Kaplan recruiters have for months, long before final approval of the Graham-Daniels deal, been touting the school to prospective students by stressing that it is joining with prestigious Purdue.

Second, converting to non-profit allows schools to avoid specific legal requirements that apply only to for-profits. Most important of those is the federal statutory 90-10 rule, which requires for-profit colleges to obtain at least 10 percent of their revenue from sources besides Department of Education-provided student grants and loans, on the theory that schools for which few students or employers would pay their own money may not be good value. The rule is ridiculously lenient, allowing VA and Pentagon education benefits for military troops, veterans, and families to count as non-federal money, yet schools like Kaplan and EDMC have come close to the line.

Conversion also exempts college degree programs (although not short-term career training certificates) from the Obama administration’s 2014 gainful employment rule, which cuts off aid to programs that consistently leave students with overwhelming debt. But that may become moot, because the DeVos Department is in the process of completely gutting that rule, with meetings resuming Monday in Washington to do just that.

The only problem for for-profit college owners and investors was: how do we get all these advantages and yet keep making big money off students and taxpayers?

They figured that out.

In the case of Purdue and Kaplan, the state school, on behalf of Indiana’s taxpayers, bought for-profit Kaplan University college for a dollar, but agreed to be locked into long-term deal with Graham’s Kaplan education unit to provide the newly non-profit school’s operational support, including marketing, financial aid management, and human resources. Purdue will owe an enormous payment to Graham if it wants to opt out of the arrangement. It’s a good deal for Kaplan, which in the past has received as much as $1.5 billion in a single year in taxpayer aid, but a bad one for students, for the reputation of Purdue and for the state of Indiana, especially given Kaplan education’s awful record of predatory behavior. Purdue president Daniels, the former Indiana governor, has behaved like a political hatchet man in the year since the deal was announced, lashing out at critics, including his own faculty, and making false statements along the way.

In the case of another nearly-finalized deal, to convert for-profit Grand Canyon University into a non-profit, Grand Canyon’s management will retain a for-profit unit that will, like in the Kaplan-Purdue deal, provide a range of services to the new associated non-profit.

Meanwhile, the non-profit Dream Center’s operation of the former EDMC schools is now managed by Dream Center Education Holdings, LLC, under its new CEO Brent Richardson, the former CEO of Grand Canyon. The Najafi Companies, one of the new owners, along with Tony Miller’s Vistria Group and Apollo Global Management, of the University of Phoenix, are financing the acquisition, with additional funding from the Richardson Family Trust, meaning Brent Richardson’s family.

OK, legitimate non-profit colleges also contract out some services to for-profit companies. Some such deals surely make economic sense, but all such deals deserve proper scrutiny. When companies with a history of deceptive practices and predatory abuses are involved, or where there are business deals with insiders, or where the contracting with a for-profit company extends to a wide range of operations, greater scrutiny is needed.

Arthur Keiser’s Keiser University and Carl Barney’s predatory College-America/Stevens-Henager chain — earlier converts to non-profit status — each engineered transactions where the prior owner could sell the college to a non-profit and continue to maintain control of the institution and earn large revenues. Complaints that the resulting operations do not meet the purposes of a charitable non-profit have been ignored by the afraid-at-the-switch Internal Revenue Service.

Faced with powerful evidence that taxpayers were being fleeced through these kinds of deals, the Obama Department of Education, in its final year, took a stand, refusing to recognize, for purposes of Department requirements, the non-profit status of the Carl Barney schools. Secretary of Education John King determined that the chain’s conversion to non-profit status appeared primarily to benefit Carl Barney, rather than students. King said in issuing the August 2016 decision, “This should send a clear message to anyone who thinks converting to non-profit status is a way to avoid oversight while hanging onto the financial benefits: Don’t waste your time.”

But then the president of Trump University became president of the United States, and installed at the Department of Education Betsy DeVos, a lover of all things privatized and an investor in for-profit education companies. Her complete turnover of policy to the most extreme positions of the for-profit college and student loan industries, aided by a staff of revolving door aides who have worked in those industries, has included a blessing of deals like Kaplan-Purdue and EDMC-Dream Center and a potential reversal of the Obama action on Carl Barney’s schools. (The DeVos Department either didn’t know or didn’t care about a March 2016 email in which Graham disparaged Trump’s business skills.)

Among the handful of other for-profit college companies whose conversions have been subject to Department of Education review is Tampa-based Ultimate Medical Academy, a mostly online school, receiving some $150 million annually in taxpayer aid, whose leadership has included several of Trump’s former top lieutenants at Trump University.

With tens of billions in taxpayer money annually going to colleges in student aid, and student loan debt now exceeding a trillion dollars, with many ex-students simply unable to earn enough to pay down their loans, and after all the revelations of abuses by for-profit colleges like Kaplan and EDMC, sharp operators like Don Graham and Mitch Daniels are going to gather in Washington with leaders from major universities, at a business opportunities conference that is somehow sponsored by a public institution. They will sip cocktails at the Hay-Adams, and celebrate shady deals as “public private partnerships.”

Is this what Donald Trump meant by draining the swamp? It’s a disgrace and a national scandal. Conference attendees who have a conscience, and others, should speak up.

UPDATE 3-13-18: Two days after we posted this piece, another big for-profit college chain operator, Bridgepoint Education, announced its own troubling plan to convert its schools to non-profit status. Read more.