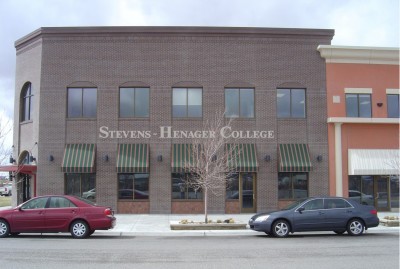 The Consumer Financial Protection Bureau (CFPB) is investigating student loan practices at the college chain operator Center for Excellence in Higher Education (CEHE), which already has been facing law enforcement actions by the U.S. Justice Department and the Colorado attorney general. Filings posted on the CFPB website show that the controversial college operator this spring petitioned CFPB’s director to drop a Civil Investigative Demand, seeking in-person testimony, with CEHE claiming that CFPB was improperly collaborating with the Colorado AG to target the schools. But CFPB, by its Trump-appointed director, Kathleen Kraninger, sharply rejected that claim last month.

The CFPB’s rebuke of CEHE is particularly striking because Betsy DeVos’s top higher education official, Diane Auer Jones, was previously retained by CEHE as an expert witness in the Colorado case, and the Department of Education last December made a still-secret deal with CEHE to end a critical lawsuit brought by the company against the Department during the Obama administration.

CEHE operates the CollegeAmerica, Stevens-Henager and Independence University chains. Its schools have campuses in Colorado, Arizona, Utah, and Idaho, with many other students taking classes entirely online. The operation has received hundreds of millions in taxpayer dollars for student grants and loans, but it has repeatedly been accused of deceiving, overcharging, and under-educating students, while its head, Carl Barney, got very rich.

According to an opinion issued by Kraninger on August 18, CFPB has launched an investigation of CEHE schools to determine whether the schools and staff members there have been making misrepresentations to students in connection with student loans.

CEHE, by its lawyers at the firm Gombos Leyton, argued that the CFPB demand was “unreasonably overbroad and unduly burdensome.” But it also, in keeping with the apocalyptic style the company has used in the past, claimed that CFPB aimed “to harass and humiliate CEHE and its former owner and to exploit the Bureau’s investigative process to improperly assist the Colorado’s Attorney General’s Office.”

CEHE’s petition also discloses that the Colorado attorney general’s office notified the company in April that it had shared with CFPB multiple documents that had been sealed by a Colorado judge; the AG’s office apparently faced sanctions for this action. CEHE’s petition concludes that CFPB and the Colorado AG  “are collaborating to target CEHE.”

Kraninger’s decision determines that the CFPB’s request for testimony is reasonable, and rejects CEHE’s claim that the agency is somehow acting in bad faith. “In fact,” she concludes, “CEHE’s suggestion of improper purpose appears to have no basis whatsoever.”

Colorado took its fraud charges against CollegeAmerica to trial nearly two years ago, but the judge recently said he needs more time to decide the case.

For the trial, Diane Auer Jones offered testimony “applaud[ing]” CollegeAmerica’s “willingness to offer” a high-interest private student loan program and says that the “distress” experienced by low-income students in paying for college is “not created by CollegeAmerica, and at least CollegeAmerica is willing to take steps to provide access to this population.”

Jones at the time was a consultant who had previously been senior vice president at the predatory for-profit college chain Career Education Corporation and, before that, a Department of Education senior official.  Jones is now the acting Under Secretary of Education, unconfirmed by the Senate but in charge of America’s higher education policy. Jones is at the center of the DeVos Department’s disgraceful efforts to eliminate meaningful accountability rules for for-profit colleges, as well as the Department’s mismanagement of the collapse of the Dream Center, Education Corporation of America, and Vatterott chains of for-profit schools.

In 2014 the U.S. Justice Department joined an employee whistleblower lawsuit charging that CollegeAmerica paid its recruiters bonuses, commissions, and other forms of incentive compensation in violation of the federal ban on such payments. The suit further claims that CollegeAmerica employed faculty members who lacked the minimum qualifications required by the school’s accrediting agency, and that CollegeAmerica officials falsified student attendance records and grades. In 2016, a federal judge refused to dismiss that case. As the lawsuit’s endless docket sheet reveals, the Barney chain has been fighting in court ever since to conceal documents relevant to the case, even though the judge keeps ruling against it. The chain is claiming that, in paying the bonuses, it was relying on legal advice from its attorney.

CEHE also faces ongoing sanctions from its accreditor, ACCSC, which has cited deceptive recruiting, weak academic quality, poor graduation rates, and, strikingly, efforts to blame Native American culture for the poor results at one campus. ACCSC found that CEHE’s “advertising and recruitment tactics coupled with a poorly documented admissions process has fostered the creation of a student population that the schools are ill-prepared to educate.”

Last December, CEHE dismissed its own lawsuit against the Department of Education, which had, in the final year of the Obama administration, refused to recognize the company’s schools as non-profit for purposes of federal regulations; the Department under Obama had concluded that the schools, although technically converted from for-profit to non-profit, were being run primarily for the benefit of the prior for-profit owner, Barney, rather than students.

The Department still has not explained the basis of CollegeAmerica’s lawsuit dismissal, and whether there was a deal with DeVos that now gives CEHE non-profit status, which would allow it to avoid some critical federal rules. I’ve asked the Department public affairs office multiple times for an explanation, and gotten no response; I’ve urged others, including reporters and lawmakers, to ask.

Although the Trump administration has moved to gut the power of the CFPB, the consumer watchdog agency built by Elizabeth Warren in the wake of the 2008 financial crisis, dedicated staff continue to move ahead with consumer protection matters, and at least in this instance, Kraninger is standing behind them. The Bureau’s investigation of CEHE is ongoing.