Charter school lobbyists in Georgia are trying to woo politicians with thousands of dollars worth of meals, documentary screenings, and framed photos of former longtime Braves pitcher John Smoltz. This barrage of money being spent – $7,800 since January – comes as the Georgia legislature considers a bill that would allow the state to cover the costs of
Continue Reading >>>

Bribery By Another Name: While Still In Office, Congessman Heath Shuler (D-NC) Already Negotiating With K Street To Become A Lobbyist One way corporations and special interests rule Washington is by promising lucrative salaries to lawmakers and their staff members. Once a public official makes a deal to go to work for a lobbying firm or corporation after leaving office, often with the promise of a million dollars or more in salary, he or she becomes
Continue Reading >>>

Exclusive: The Blueprint Of The For-Profit College Newspeak Campaign 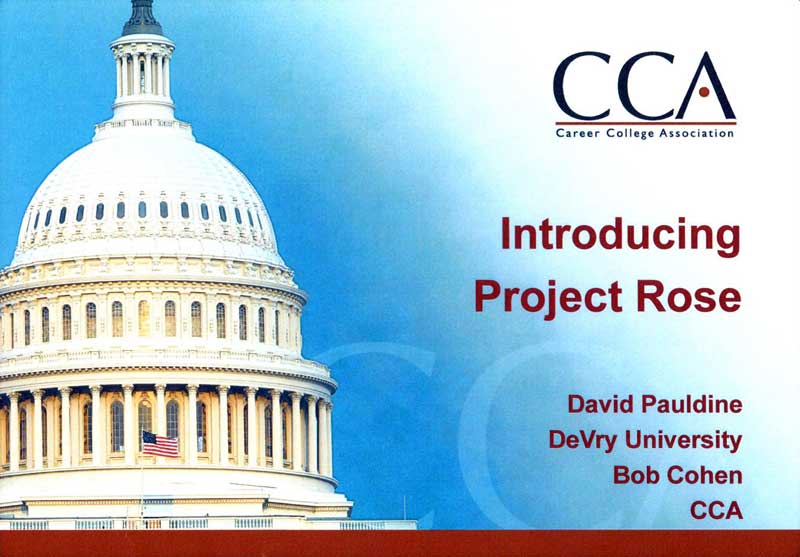 Shakespeare’s Juliet told her Romeo, “What’s in a name? That which we call a rose by any other name would smell as sweet.”  The star-crossed lovers could not have known that centuries later those words would be invoked by one of America’s most controversial industries in a manner more worthy of Orwell’s 1984. A
Continue Reading >>>

In recent years, the for-profit college industry — which runs veritable “subprime schools” which get billions of dollars from Uncle Sam and then deliver low-quality education while loading students up with debt  — has come under increasing scrutiny. As a result, it has ramped up its lobbying operations in Washington, D.C. Earlier this week, I
Continue Reading >>> Florida Gov. Rick Scott (R) has developed a reputation for being cozy with lobbyists, naming them to all sorts of different positions. In January, he even named a former lobbyist to Florida’s Secretary of State. Yesterday, Scott named Peter Antonacci as the State Attorney for Palm Beach County, and he will serve until January 7th, 2013.
Continue Reading >>> “Kony 2012” is sweeping the country, compelling Americans to confront an international criminal known as Joseph Kony, a Ugandan warlord who abducted children into his militia and is believed to be hiding in the jungles of central Africa. We hope this successful campaign will also help shine a light on a new effort by K
Continue Reading >>>

Corruption Kills: After Being Suppressed For Two Decades By Lobbyists, Study Reveals Link Between Diesel Exhaust And Cancer High-powered businessmen and lawyers conspiring to suppress government reports about how pollutants cause cancer for potentially thousands of workers — it sounds like a throwback to the tobacco wars, or something in the movies. But this type of thing happens every day in Washington, D.C. in ways that are often obscured from the public and
Continue Reading >>>

Only In Washington: Obama’s Lobbying Ban Leads To More Corruption When Republic Report launched Sell Out Of The Week feature, our initial winner was President Obama, who earned the prize for embracing his super PAC, essentially endorsing unlimited corporate cash invading the democratic process, after having failed over three years in the White House to take some critical steps to clean up the system. We’ve
Continue Reading >>>