Corruption Kills: After Being Suppressed For Two Decades By Lobbyists, Study Reveals Link Between Diesel Exhaust And Cancer 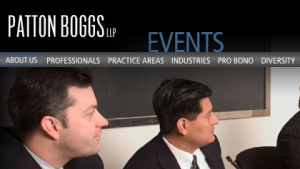 High-powered businessmen and lawyers conspiring to suppress government reports about how pollutants cause cancer for potentially thousands of workers — it sounds like a throwback to the tobacco wars, or something in the movies. But this type of thing happens every day in Washington, D.C. in ways that are often obscured from the public and the press.

Earlier this month, a major government study was released that shows that diesel exhaust causes lung cancer among miners. According to Nature magazine, the study identifies “sharply higher cancer rates in workers exposed to high levels of diesel exhaust.”

This landmark study had been suppressed for two decades; a ruling from the US Fifth Circuit Court of Appeals finally allowed its release. Although the study had been in the works since the early nineties, mining interests hired a small army of lobbyists to prevent the study from ever seeing the light of day.

Industry groups used a myriad of strategies to try to snuff out the science on diesel exhausts:

— Mining interests formed the “Mining Awareness Resource Group,” a front that deployed the K Street lobbying firm Patton Boggs to argue in court against the release of the study. The effort tied the study up in courts for years.

— Mining lobbyists recruited Congressmen John Kline (MN) and Tim Walberg (MI) to pressure government agencies to share the results of the study with industry groups and Congress instead of the public. See the lawmakers’ letter to the National Cancer Institute here.

— The Engine Manufacturers Association, a lobbying association, in a brazen attempt to politicize the science, pressured Congress to review the study and authorize its publication before it could be released.

John Morris, a reporter for the Center for Public Integrity, has chronicled the lobbying battle over the diesel exhaust study.