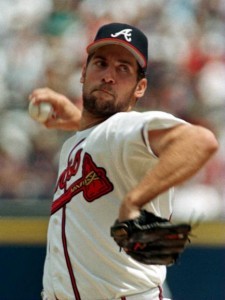 Charter school lobbyists in Georgia are trying to woo politicians with thousands of dollars worth of meals, documentary screenings, and framed photos of former longtime Braves pitcher John Smoltz.

This barrage of money being spent – $7,800 since January – comes as the Georgia legislature considers a bill that would allow the state to cover the costs of charter schools, regardless of if the local school board accepts them. This ruling could set a national precedent, and, critics argue, could pull needed funding away from cash-strapped districts, although GOP leaders have promised this will not happen.

Instead of focusing on the implications of this bill with research looking into its impact on students, Angela Palm, lobbyist for the school boards association, says, “Now we are faced with committee rooms filled with contract lobbyists from top firms, radio ads against legislators, movies, Starbucks cards for rewarding people for contacting their legislators with a specific message and who knows what else.” Indeed, companies in Georgia are “anxious to get a piece” of the multi-billion dollar business that is K-12 education in Georgia says Tim Callahan, spokesman for the Professional Association for Georgia Educators (PAGE).

“What adds to the erosion of public trust is when people see legislators are getting … pictures of John Smoltz,” said William Perry, executive director of Common Cause Georgia, a government watchdog group. “They don’t see that as educating lawmakers about the benefits of a law.”