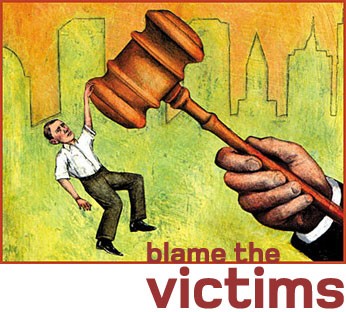 In recent years, the for-profit college industry — which runs veritable “subprime schools” which get billions of dollars from Uncle Sam and then deliver low-quality education while loading students up with debt  — has come under increasing scrutiny. As a result, it has ramped up its lobbying operations in Washington, D.C.

Earlier this week, I attended a conference hosted by a trade association for these subprime schools, the Association of Private Sector Colleges and Universities (APSCU), where they plotted their legislative strategy. I witnessed how they brought in high-level Democratic and Republican Party consultants to plan out astroturf campaigns and how the industry recruited former Senate Minority Leader Trent Lott to do its bidding by lobbying Congress.

During one session, the conference featured Rohit Chopra, a representative from the government’s Consumer Financial Protection Bureau, which will soon be providing oversight over private student lenders.

When the question and answer session began, one man, who identified himself as the president of a college in Pennsylvania, asked Chopra why the federal government won’t simply start empowering schools to deny federal loans to students, because the problem he saw was “overborrowing” among students. After the man finished his question, he was met with thunderous applause from the audience, which seemed fit to blame students for the student debt crisis rather than looking at the industry’s own behavior, which has included issuing billions in non-federal, high-interest private loans directly to students or courting banks to do the same. Watch it:

Chopra politely responded by pointing out that the CFPB does not have the authority to empower schools to deny students access to federal student loans. Yet it’s telling that, rather than looking at their own abusive practices, the representatives of these scam schools were so overjoyed to blame students first for the student debt crisis.