posted at 2:04 pm by David Halperin 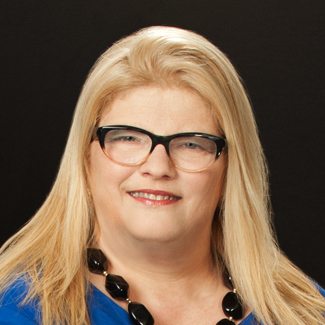 Trump education secretary Betsy DeVos gutted her department’s student aid enforcement unit, which was created during the Obama administration to crack down on predatory abuses and scams by for-profit colleges. Now DeVos has put in charge of college investigations a lawyer who represented for-profit colleges, from a law firm, Cooley, whose clients have included some of the worst predatory schools in the industry.

According to her LinkedIn page, Lisa Bureau has since November held the title “Director of Investigations, Partner Enforcement and Consumer Protection Unit” at the Department of Education. A Department proposed new organizational chart from December shows that unit is within the Partner Participation and Oversight division, under long-time Department career official Robin Minor. That division is part of the Department’s Office of Federal Student Aid (FSA), where the more robust enforcement unit once resided.

DeVos created controversy in 2017 when she named as head of the enforcement unit Julian Schmoke, a college administrator who apparently had no investigative experience but previously worked at for-profit DeVry University, which has been under investigation by multiple law enforcement agencies and in 2016 paid $100 million to settle a Federal Trade Commission lawsuit charging that it deceived students. (Schmoke, according to his LinkedIn page, is still at FSA in a “senior advisor” role.)

Then DeVos proceeded to cut the unit’s staff and resources, and reportedly shut down probes of big for-profit chains including DeVry, Ashford University, and Career Education Corporation.

Now DeVos has brought in as her new top college investigator Ms. Bureau, who represented a number of colleges while at Cooley, and before that at the law firm Dow Lohnes, until it merged with Cooley in 2014.

Bureau represented AEA Investors when in 2009 it acquired Sextant Education Corp., operators of for-profits Southwest Florida College and Platt College. Betsy DeVos has been an investor in AEA, and AEA partner John Cozzi was a long-time, influential board member of ITT Tech, one of the worst for-profit chains; it shut down under the weight of law enforcement investigations, accreditor actions, lawsuits, and media exposes.

An industry source described Ms. Bureau as “the fixer,” hired by schools to address thorny regulatory and compliance issues with the Department of Education. Because Bureau’s work was mostly behind the scenes, rather than in court, we don’t know all the schools she represented (although some Freedom of Information Act or congressional requests could fill in the blanks).

UPDATE 02-05-20 5:00 pm: In response to my request today for any financial disclosure report (Form 278), which could reveal client names, from Ms. Bureau, a lawyer from the Department of Education’s Office of General Counsel emailed me that “there are no documents responsive to your … request.”

But we do know more of the big for-profit colleges that Bureau’s law firm, Cooley, has represented, and they include some of the all-time worst — schools that took billions from students and taxpayers, while engaged in deceptive recruiting, predatory lending, overcharging, and under-educating.

Cooley was listed as one of Corinthian Colleges’ 30 largest unsecured creditors in Corinthian’s May 2015 bankruptcy filing, owed $367,000, suggesting the firm had done a high volume of legal work for the company. Cooley Washington D.C. lawyer Mike Goldstein, co-chair of the firm’s higher education practice, was named as the firm contact on Corinthian’s bankruptcy papers.

In 2014, Cooley sued Massachusetts attorney general Maura Healey in federal court on behalf of a group of some 40 for-profit colleges, claiming that she lacked authority to issue rules regulating the industry. The group suing included campuses of ITT Tech and Career Education Corp.

ITT Tech and Corinthian are now shut down, while Career Education Corp., which recently renamed itself Perdoceo, keeps raking in hundreds of millions from taxpayers. All three have faced numerous federal and state law enforcement investigations and actions for disgraceful deceptions and abuses against students.

And Cooley has publicly touted its expertise in advising for-profit colleges about conversions to non-profit status; such conversions have been questioned in the media, and by the Century Foundation and many others, over concerns about financial self-dealing, abuse of non-profit status, and evasion of regulations aimed at preventing predatory practices.

Everyone is entitled to a lawyer, but Cooley has profited handsomely for years by acting as the faithful servant of for-profit college businesses that have cynically ripped off taxpayers for billions and ruined students’ lives. Now Betsy DeVos has entrusted one of the Cooley lawyers with protecting those same students and taxpayers against predatory college abuses.

I contacted the Department of Education to ask about Ms. Bureau’s new role there, about whether she would be recusing from matters related to her former clients, and, if so, who else would be in charge of investigating those schools. I haven’t received a response. A lawyer at Cooley also has not responded to me.

DeVos has filled most of her key higher education jobs with people who previously worked at, or were lawyers for, predatory for-profit colleges. DeVos’s top higher education aides, Diane Auer Jones and Robert Eitel, were both senior executives at at Career Education Corp., the predatory school Cooley has represented — and one of the schools that the Department’s investigations unit reportedly stopped probing under DeVos.

It would have been great if these folks surprised us and worked hard to protect students and taxpayers from fraudulent practices by colleges, but in fact they have done the opposite, getting rid of key accountability rules and enforcement efforts.

We’ll have to see if Lisa Bureau does things any differently.