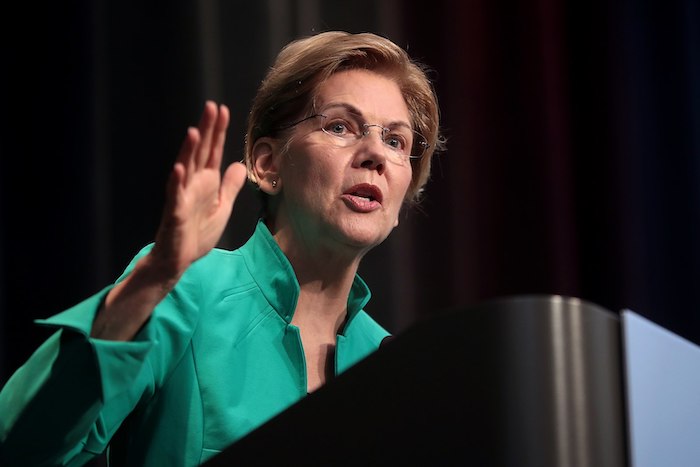 Senator Elizabeth Warren (D-MA), Rep. Bobby Scott (R-VA), and other members of Congress have written to the collapsed for-profit college chain Education Corporation of America (ECA) and its court-appointed receiver asking that ECA not sell its outstanding student loan debt to a financial firm that would seek to collect payments from former students. The letter, sent yesterday, argues that the proposed sale of these student loans to debt collectors “is an unconscionable assault on the financial lives of former students, who have already suffered enough.”

ECA ran Virginia College, Brightwood College (called Kaplan College before ECA bought it from Graham Holdings), and other schools that used deceptive practices to recruit students. ECA’s schools tended to offer low-quality, high-priced education programs that left many ex-students deep in debt, jobless, worse off than when they started.

Now, apparently ECA and its receiver, a Republican Georgia state senator named John F. Kennedy, want to sell $35 million of the students’ debt and have identified the highest bidder as a firm called Elevation Capital Partners, which has bid $455,000. Although the debt would thus be sold for pennies on the dollar, nothing would stop Elevation or any other purchaser from trying to collect the full debt amounts from broke, abused students.

Worse, the money from the sale might not go to other students or anyone else injured by ECA but instead to ECA’s secured creditors, including Willis Stein & Partners, a Chicago-based private equity firm firm, which is seeking $15 million. That firm is run by Avy Stein, who was the long-time chairman of the board of ECA, and thus bears some responsibility for the entire debacle.

Avy Stein, by the way, was one of the most aggressive lobbyists against the Obama administration’s efforts to hold predatory colleges accountable. According to the New York Times, Stein, in a meeting, promised to “make life rough” for then-Senator Tom Harkin (D-IA) if he proceeded with oversight of for-profit schools. (Stein denied saying that.) (John Kline (R-MN), a former chairman of the House education committee who repeatedly sought to block reforms curbing for-profit college abuses, joined Stein on ECA’s board after he left Congress in 2017.)

Another firm claiming a secured credit interest in ECA’s leftovers, in the amount of $27.5 million, is Monroe Capital Management Advisers, while related Monroe firms are seeking another $48 million in unsecured funds. Monroe’s role in ECA is tied to Willis Stein. In 2015, according to a press release, Monroe “acted as sole lead arranger and administrative agent on the funding of a $72 million senior credit facility and preferred stock investment to support the recapitalization of Education Corporation of America (“ECA”) and ECA’s concurrent non-cash acquisition of 38 career college campuses from Kaplan Inc., in a transaction led by ECA’s longtime private equity sponsor, Willis Stein & Partners.”  This April, Monroe purchased from the receiver the New England College of Business, the only ECA school that has remained open. The purchase price was a $7 million reduction in the amount that Monroe claimed ECA owed to it.

On December 5, 2018, after ECA convinced a Macon, Georgia, federal court to appoint Kennedy as receiver and grant protection from its creditors, and the ECA schools’ accreditor, ACICS, issued a show cause order to the company as to why “accreditation of all its institutions should not be withdrawn,” the company abruptly shut down its 70 campuses, leaving some 18,000 students in the cold, with little guidance on how to continue their educations, or else how get their money back.

Department of Education records obtained through the Freedom of Information Act by the Century Foundation, and provided to Republic Report, show that Kennedy and ECA chief financial officer Mike Ranchino had met with DeVos’s top higher education aide, Diane Auer Jones, on November 30, 2018, to press their case for keeping federal student grants and loans flowing to some ECA campuses, allowing them to stay open. Although Jones, a former top executive at another predatory for-profit college operation, Career Education Corporation, has led the Department’s effort to trash all accountability measures for bad-behaving colleges, apparently even she did not buy what ECA and Kennedy were selling at that point, and the Department instead maintained tightened controls on ECA’s access to taxpayer dollars, thus prompting ECA to shutter its schools.

But mismanagement by Jones and the Department had helped create the mess, including the fact that, despite obvious signs of trouble at ECA, the Department never secured a letter of credit from the company as collateral against collapse.

In late July, Kennedy, whose senate district includes part of Macon, sought permission from the Macon federal judge, Trump appointee Tilman Self III, to sell the debt, telling the court he had already “solicited several offers from potential buyers for the Collectable [accounts receivable] and continues to negotiate with these potential buyers.” In late August, Kennedy identified Elevation as the winning bidder.

Warren, Scott, and the others note in their letter that only a small percentage of former ECA students have received federal cancellation of their loans, as students of closed schools are entitled, or been able to transfer to another school.  Credits at predatory schools rarely are accepted by reputable colleges. (Warren’s letter notes that Kennedy has reportedly agreed not to collect debts from ECA students enrolled at the time the schools shut down, but is still going after students who graduated or dropped out before then.)

ECA’s selection, and the court’s appointment, of Kennedy as receiver is another troubling aspect of this matter. Kennedy is chair of the Georgia Senate’s Republican caucus. At the time he was appointed, four of ECA’s remaining Virginia College campuses were in Georgia, including one in Macon. Someone less politically tied to the matter would have been a more appropriate choice.

Kennedy, with Judge Self’s approval, is paying himself some $50,000 a month to handle the wind-down of a college funded with our federal tax dollars, and paying an outside law firm tens of thousands more each month.

The ripped-off former ECA students also have champions in Brian Frosh, the attorney general of Maryland, and Josh Shapiro, Pennsylvania’s attorney general, who are investigating ECA for deceptive practices and for violating their respective states’ laws by collecting on debts originated through such practices. Both AGs have engaged in the Georgia receivership case.