posted at 2:50 pm by David Halperin 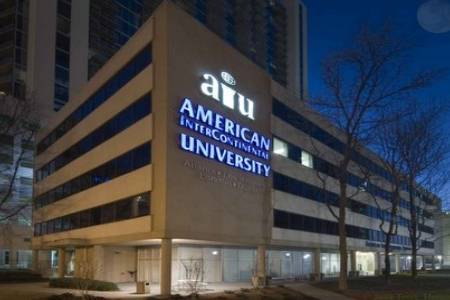 For-profit college chain Career Education Corp., a company closely tied to top officials of the Betsy DeVos Department of Education, announced today it has settled with the attorneys general of 48 states and the District of Columbia a law enforcement investigation that the state AGs have been pursuing since 2014, focusing on CEC’s abusive and deceptive recruiting and student loan practices. To resolve the matter, CEC has agreed to stop trying to collect hundreds of millions in private loans it claims that former students still owe the company, and to make commitments to reform its operations. CEC admitted no wrongdoing.

A group of state AGs have been doing extraordinary work over the past seven years, exposing for-profit college abuses and providing some compensation and a measure of justice for injured students, who often have been left with overwhelming debt and no meaningful career training.

But it’s doubtful that the AGs received much support in their case against CEC from the DeVos Department, which has worked consistently to eliminate protections for students from predatory college behavior. Remarkably, DeVos’s top three higher education aides all have an association with CEC. Acting Under Secretary of Education Diane Auer Jones was from 2010 to 2015 senior vice president and chief external affairs officer at CEC. Robert Eitel, senior advisor to DeVos at the Department, was vice president of regulatory operations at CEC from 2013 to 2015. And the acting head of the Department’s student aid office, James Manning, was, sometime between 2015 and 2017, a consultant to a student loan company run by William Hansen, who now sits on the CEC board of directors; Manning was Hansen’s chief of staff when Hansen served as deputy education secretary under George W. Bush.

In addition, the DeVos Department’s general counsel, Carlos Muniz, according to his April 2017 federal disclosure form, “provided consulting services” to Career Education Corp. as a private lawyer before coming to the department. According to Muniz’s bio on the website of his then-law firm, McGuireWoods, as of the time he was nominated by Donald Trump to join DeVos’s team, his experience included, “Represents an educational institution in an attorney general multistate investigation of the institution’s marketing practices.” The only educational institutions that Muniz listed as clients on his disclosure form other than CEC were the University of Florida and Florida State University, schools that don’t usually have trouble attracting students. So there’s a good chance that the Department of Education’s chief lawyer previously represented Career Education Corp. in this very case resolved today by the state attorneys general.

[UPDATE 01-04-18 10:20 am: Two sources with knowledge of the matter tell me that Carlos Muniz did represent Career Education Corporation in dealing with the state attorney general investigation and negotiations. One of those sources said of Muniz, “He was on the team that negotiated the settlement,” and that Muniz was communicating with state AG offices as late as January 2018. (It’s unclear, then, why Muniz stated on his federal disclosure form that he had been providing “consulting services” to CEC, when, for other clients, he stated he was providing “legal services.”) Muniz was not confirmed by the Senate to be the Department of Education general counsel until April 18, 2018, but President Trump formally announced his intent to nominate Muniz in June 2017 (a decision reported in the media on March 31, 2017) , and the Senate HELP Committee held Muniz’s confirmation hearing in September 2017 and voted out the nomination favorably the next month. So after being approved by the relevant Senate committee to be the Department of Education’s general counsel, Muniz continued to represent a controversial for-profit college company in a matter that intersected with federal policy and enforcement issues. (In November, Muniz was nominated for the Florida Supreme Court.) This source says that the DeVos Department of Education played no role in the AGs’ settlement of the CEC case. The Department of Education has not responded to my questions regarding connections between Department officials and CEC, and whether these officials engaged in any way on the CEC-AGs matter.]

The attorneys general are presenting the settlement as an agreement by CEC to grant debt relief of about $493.6 million to nearly 180,000 students nationwide. Massachusetts AG Maura Healey said in a statement, “This settlement will provide significant relief to students who didn’t get crucial information about the schools they were pressured to enrolled in.” The agreement means that CEC will have to stop hassling ex-students to pay back these private loans, reducing a major financial burden and source of stress for people who attended CEC schools.

By contrast, CEC spins the outcome in a filing with the Securities and Exchange Commission by saying that it has agreed only to the “write-off of approximately $1.3 million of accounts receivable” in funds owed to it by students. The company’s filing adds, “Although the Company agreed to forgo efforts to collect on approximately $556 million of old accounts receivable that were incurred during the last 30 years by students at over 100 campuses who reside in participating states, all but approximately $1.3 million of these old accounts receivable were written-off in prior reporting periods over the last 30 years in the ordinary course of the Company’s operations.” Translation: CEC didn’t expect students to pay back these high-interest private loans anyway, and didn’t care much because it already had banked billions in federal grants and loans from the same students.

CEC also has agreed to pay $5 million to the AGs to cover the costs of their investigation.

Under the agreement, CEC also makes a number of commitments to improve its operations: more clear and honest communication of academic, financial aid, and refund policies, and school accreditation and placement rates; a full-refund withdrawal option for on-campus students (7 days) and online students (21 days); monitoring of third-party marketing companies; and hiring of a “third-party administrator” who will report annually on CEC’s compliance. Significantly, CEC also had to agree to stop enrolling students in programs that do not lead to state licensure when required for employment — a predatory practice that has marked a number of for-profit schools. The AGs also got CEC to provide students with disclosures about debt levels that look remarkably like those in the same Obama gainful employment rule that DeVos has now declared she will rescind.

The CEC press statement quotes the company’s CEO, Todd Nelson (who came to CEC after troubled tenures at the predatory chain competitors EDMC and University of Phoenix), as implying that any concerning behavior at CEC was from campuses that now have been shut down: “The resolution of this open inquiry is an important milestone for the Company that coincides with the completion last month of a multi-year process of teaching out and closing our transitional campuses.”

The CEC filing says that California, which is not part of today’s settlement, is expected to accept the terms of the agreement “at a later date.”  New York state is also excluded from today’s settlement; as a CEC press release today notes, New York previously settled with CEC; in 2013 CEC agreed to pay $10.25 million to resolve New York’s claims that CEC, in its student recruiting, exaggerated its graduates’ job placement rates.

Career Education Corporation, which has received billions in taxpayer-funded student grants and loans, has been under investigation in recent years by the Federal Trade Commission, Securities and Exchange Commission, and the attorneys general of no less than 21 U.S. states. The predatory practices at overpriced CEC schools have ruined the financial futures of thousands of veterans, single mothers, immigrants, and others seeking to build better lives through career training.

New York’s attorney general had charged that CEC significantly inflated its job placement rates in communicating with students, accreditors, and government officials. CEC’s alleged bad acts included: counting as placed in a permanent job a student who worked one day at a health fair created by CEC; counting graduates of criminal justice programs as placed “in field” if they obtained retail sales jobs; and claiming placement rates as ranging from 55 percent to 80 percent, when the actual figures were 24 percent to 64 percent. CEC was also accused of failing to inform prospective students that some of its programs lacked programmatic accreditation, meaning that graduates would have no opportunity to apply for the kinds of jobs for which they thought they were training.

In 2010, CEC agreed to pay $40 million to settle a class action lawsuit brought by students who said its San Francisco-based California Culinary Academy had misled them by claiming that 97 percent of graduates were hired for culinary jobs. The school failed to explain to applicants that that figure included graduates working as baristas, prep cooks, and waiters, jobs for which a degree was not required. The students also alleged that CEC invented fake job placements.

In both the New York and California settlements, CEC also admitted no wrongdoing.

CEC also has a history of pushing students into expensive private loans, knowing full well that many students would default, but accepting that cost because it needed non-federal revenue to comply with the federal 90 percent limit on Department of Education funding. These are the very loans that CEC is now prepared to forgive.

But former CEC students are still stuck paying back their federal loans, often in the tens of thousands of dollars, for CEC programs that often did nothing to advance their careers. And the DeVos education department has rolled back Obama administration efforts to forgive the federal loans of students abused and deceived by predatory schools.

So state AGs achieved another victory today on behalf of students, but CEC didn’t pay nearly as much today as its bad behavior warranted.  The company, one of the few remaining publicly-traded for for-profit college corporations, has seen its shares rise about 3 percent so far today.

But dodging fair penalties for egregious misconduct won’t guarantee CEC or other bad-behaving chains a future in a world where prospective students are increasingly aware of predatory college practices and the far better value and quality they can receive at other schools, including public and community colleges.

UPDATE 02-20-19: CEC CEO Todd Nelson announced: “2018 was a watershed year for our company, with operating income the highest it has been in almost a decade.”