posted at 2:58 pm by David Halperin 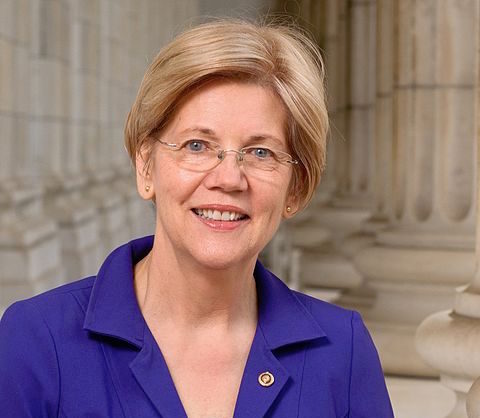 Senator Elizabeth Warren (D-MA), joined by Rep. Mark Pocan (D-WI), has written to six U.S. private equity firms regarding their investments in for-profit colleges. In light of growing evidence that private equity-owned for-profit colleges are some of the worst actors in an industry rife with bad behavior, Warren and Pocan have asked the firms to answer questions about their marketing, tuition, federal aid, profits, and graduation rates, as well as about any law enforcement investigations and lawsuits against their schools.

The firms to which Warren and Pocan sent letters, dated September 10, are KKR, Sterling Partners, Altas Partners, Vistria, Leeds Equity Partners, and Apollo Global Management. Controversial for-profit college chains connected to one or more of those firms include the University of Phoenix, the Art Institutes, Argosy University, and Walden University.

A document recently obtained from the Department of Education’s Office of Federal Student Aid lists 57 school groups and holding companies that operate or operated for-profit schools in multiple states. It appears to confirm the private equity ownership of some schools (e.g. DeVry University), where public information has been lacking.

Warren and Pocan charge that over the past two decades private equity firms have stripped the assets of companies they acquired, loaded them with debt, and taken excessive fees and payouts before walking away.  Private equity takeovers of for-profit colleges are particularly destructive, Warren and Pocan assert, because of the harms caused to students and taxpayers.

Members of the minority party in a house of Congress sometimes struggle to get outside parties to respond to requests for information, especially because subpoena power resides with the majority. But, of course, Rep. Pocan’s party now controls the House of Representatives. And with Senator Warren rising in the presidential polls, targets of her letters will ignore her at their peril.

In the early part of this decade, when government and media investigations began digging into abuses by for-profit colleges, the central focus was on publicly-traded schools — Corinthian, ITT, University of Phoenix — which critics felt were particularly inclined to abuses because of Wall Street pressure for quick profits. But at least publicly-traded corporations are required to disclose financials, personnel changes, and law enforcement investigations in public filings with the Securities and Exchange Commission. Privately-held firms do not have such disclosure obligations, so abuses are more easily shielded, and that likely is one reason why conversions to private ownership are appealing to some operations. (Other for-profits have engaged in troubling conversions to non-profit status, which also has provided regulatory benefits.)

Even if GOP fealty to their campaign contributors in the for-profit college and other industries prevents passage of the Warren-Pocan legislation, the Department of Education could, as a condition of providing access to federal grants and loans, require all for-profit colleges, whether publicly-traded or privately-held, to make the kind of public disclosures that the SEC requires.  That’s a reform well worth implementing, although the Trump-DeVos regime at the Department has made clear they have no interest in changes that would help students and taxpayers, so it will have to wait.

Meanwhile, as Senator Warren and Rep. Pocan pursue answers from the six private equity firms they wrote to last week, there are others they might consider contacting, including:

— Bradley Palmer and his Palm Ventures, which last year seemed to shield its acquisition of the former publicly-traded giant DeVry University;

— New York-based The Wicks Group of Companies, owners of Florida-based, privately-held Southern Technical College, which in 2014  bought Southwest Florida College from Sextant Education Corporation (in which Betsy DeVos has held a financial stake); and

— CM Equity Partners, investor in Grantham University, which used the deceptive website Army.com to recruit students, until the Federal Trade Commission shut that site down.

They also might have questions for Willis Stein Partners, investors in the now-shut down predatory Education Corporation of America chains of schools.

Readers: let me know if I should add to this list.