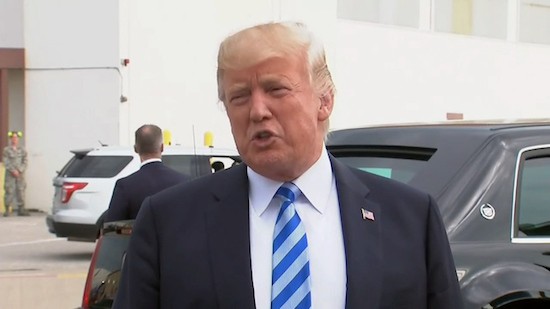 Since 2017, Republic Report‘s “Trump Terrible 10” has ranked the week’s 10 most disgraceful  people in Trump world.

Remember her? From Sunday? TV villain. But improving.

Turns out that the Trump trade war enabler whom we have repeatedly called Unimpressive Man at Connecticut Cocktail Party had a Connecticut cocktail party where he hosted his white nationalist friend, one Peter Brimelow — the same guy whose brief association with Trump White House speechwriter Darren Beattie got Beattie fired.

Truth isn’t truth? Truth is, no one has debased himself more.

Publicly carried out Trump’s ugly autocratic order to not only take away John Brennan’s security clearance but also to try to tar Brennan as unstable.

Enablers and validators of the most crooked president of all time so they can deliver tax cuts and deregulation for their rich donors.

Trump is again number one — the most disgraceful person in the Trump administration. Trump is not merely a disgrace; he’s a total and complete disgrace.