posted at 4:08 pm by David Halperin 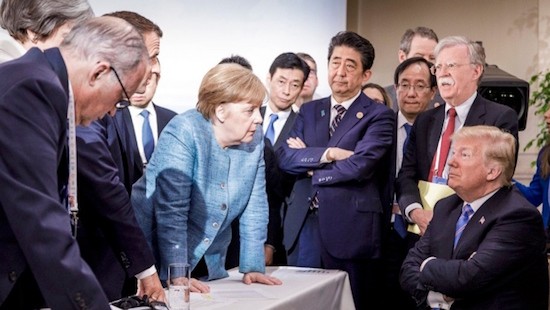 Trump finally found a champion pro athlete to praise. Huge surprise: That athlete is Russian and super-pals with Putin. But even if Ovechkin loves Putin, and Trump loves Ovechkin, we still love Ovechkin — for bringing D.C. fans a crown (cup) at last, and for being drunk and swearing in public in front of a D.C. crowd that was way bigger than Trump’s inauguration. That I can tell you.

ABC is reporting that Cohen’s current legal team from McDermott, Will & Emery are expected to quit and Cohen is “likely to cooperate with federal investigators.” Yay, if true. But Cohen’s tawdry record as Trump fixer and amateur D.C. influence peddler would qualify him for the Terrible 10 every week, if only there wasn’t so much competition.

It must be really stressful to be the press spokesperson for grifter Scott Pruitt these days, but don’t lose your mind, man. You still don’t get to tell Atlantic reporter Elaina Plott, just because she found out that beleaguered Pruitt aide Millan Hupp had quit, “you’re a piece of trash.” Sassy Wilcox also called AP investigative journalist Michael Biesecker “an anti-Trump reporter” and “a dishonest reporter and it could be why the Associated Press moves you from beat to beat.”

Former Fox & Friend Nauert was sufficiently good at being opportunistic that she snuck off the sinking Tillerson ship and got promoted at State. But that doesn’t mean her knowledge of history is better than the rest of the Trump crowd. Dealing with the fallout of U.S. Ambassador to Germany Richard Grenell’s (last week’s ranking: 8) statement of solidarity with far-right European parties, meaning NOT Chancellor Angela Merkel, Nauert told reporters,  “We have a very strong relationship with the government of Germany … Tomorrow is the anniversary of the D-Day invasion.” Yes, that was the day U.S. and U.K. forces “invaded” France to repel the Nazis, who were, at the time, the, um, government of Germany.

Diplomatic spokesperson Nauert also this week took to Twitter to bash CNN for failing to attend a Trump event that was, in fact, closed to the press.

Rudy is just as bad at covering up his own sleazy behavior as he is at defending Trump’s. It turns out, also, that he’s only met with Bob Mueller once. He’s more of a TV lawyer.

At least $82 million brought in last year between them. A whole lot of Junior Emoluments.

The evidence grows that Manafort lobbied in the U.S. on behalf of Ukrainian interests, failed to register as a foreign agent, and then, after being indicted by Mueller, tried to orchestrate a cover-up.  Mueller’s team on Friday will likely ask a federal judge to do what people at the Manafort-run Republican National Convention kept chanting they wanted done to Hillary Clinton.

Continuing his efforts to trash the CFPB while he’s flying it, Mulvaney sided in court with payday lenders in their effort to block the agency’s consumer protection rules, and he fired the bureau’s entire 25-member advisory board, just days after eleven of those members publicly criticized him for, among other things, canceling meetings with the group that he was required by law to hold.

The budget director is also really good at wasting money on office decorations.

OMG this was one of Pruitt’s most griftery weeks ever: the dispatching of EPA aides to get favorite Pruitt specialty snacks like protein bars, Greek yogurt, and Dean & DeLuca cookies; the use of EPA security personnel to help Pruitt secure coveted Ritz-Carlton moisturizer (which could well come from the same vat as CVS moisturizer); the excessive lunch dates at the White House mess (where Pruitt could hope to run into POTUS and suck up, show off to visiting friends, and get a bargain deal on coriander beef kabobs); the receipt of nominations for the EPA science advisory board from a major Trump donor; the exciting hush-hush $100,000 Lexus test drive courtesy of EPA-regulated Toyota; the report that Pruitt directed staff not to respond to FOIA requests about his tenure “until requests for the Obama Administration had been completed”; the apparent scrubbing from Pruitt’s calendar of meetings with coal baron Bob Murray and other powerful executives; and, really bad, the tasking of a top EPA policy lieutenant to help Pruitt’s wife land a job with the conservative non-profit Judicial Crisis Network, which is tied to right-wing money funnel and Federalist Society executive Leonard Leo, Pruitt’s trusty Rome tour guide.

Did we mention that Pruitt looks for chances to suck up to Trump?  That’s why he’s still there. That and Charles Koch, Harold Hamm, Bob Murray, and other big-money fossil fuel executives / Pruitt fans / GOP donors.

On a phone call, Trump complained to Justin Trudeau that Canada had burned the White House in 1812, even though Canada didn’t exist. Then Trump brought US-Canada relations, and U.S.-European Union relations, to their lowest point ever with his grotesquely contemptuous performance art piece at the G-7 and subsequent tweet attack (“Very dishonest & weak”) on the Canadian prime minister. (Then Trump sent out his lapdog economic advisers, Peter Navarro (this week’s ranking: 11) and Larry Kudlow (this week gets a pass) to extend the ugly attacks on Trudeau.) 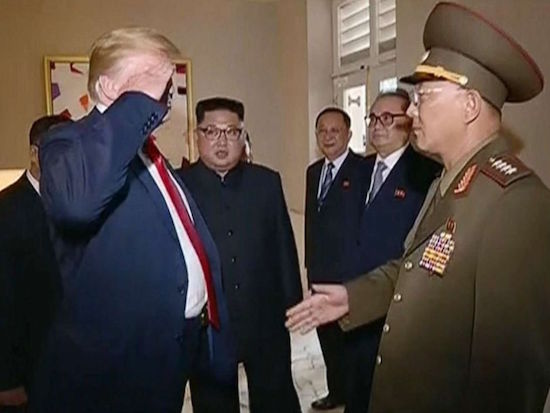 Trump, who, it turns out, is literally ripping up the historical record of his presidency, then went to Singapore, where he showed Kim Jong Un a lame faux movie trailer about the path forward; seemed to startle Kim by exclaiming to photographers, “Getting a good picture, everybody? So we look nice and handsome and thin? Perfect”; further drowned U.S. moral leadership by defending horrible dictator Kim as somehow who is impressive for running his country “tough” and “has to be a rough guy… and loves his people”; asked us to think of North Korea “from the real estate perspective,” lined with luxury beach hotels; concluded the meeting by making concessions without getting anything serious in return from Kim; blindsided South Korea by announcing an end to joint military exercises, which he derided as expensive “war games”; told reporters that if he doesn’t get Kim to accept a real deal, “I may stand before you in six months and say ‘Hey, I was wrong.’ I don’t know that I’ll ever admit that, but I’ll find some kind of excuse”; and then tweeted upon his return (just after warning Robert De Niro, “Wake up Punchy”), that “There is no longer a Nuclear Threat from North Korea…. President Obama said that North Korea was our biggest and most dangerous problem. No longer — sleep well tonight!” Mission: accomplished.

Then there’s the unforgivable ugliness of ripping children from their asylum-seeking parents at the U.S. border.