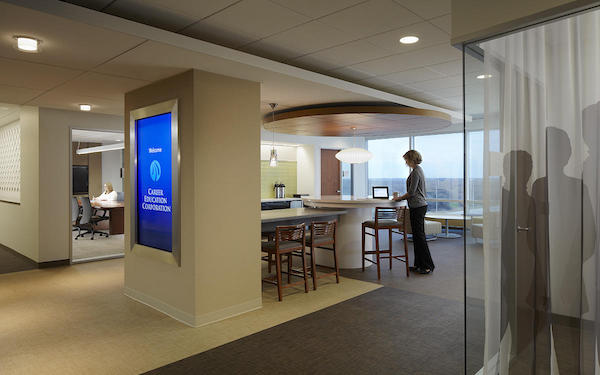 The giant for-profit college company Career Education Corporation (CEC) says it has agreed to pay $30 million to resolve a Federal Trade Commission investigation into whether it engaged in deceptive marketing to prospective students.

The $30 million, which CEC says includes “restitution,” presumably for students, is a pittance compared to the billions of dollars — as much as $1.9 billion in a single year — that CEC has been receiving from federal taxpayers over decades. It’s also much smaller than the $100 million settlement the FTC reached with for-profit DeVry University over deceptive marketing charges in December 2016, at the end of the Obama administration.

The FTC has not commented publicly on any such settlement. According to CEC’s filing yesterday with the Securities and Exchange Commission, the agreement remains subject to approval by the FTC’s five commissioners and then by a federal court in Chicago.

Beyond the fact that the proposed settlement seems weak, and is still tentative, a notable aspect is that Betsy DeVos’s top higher education aide, Diane Auer Jones, worked at CEC from 2010 to 2015 as senior vice president and chief external affairs officer, a job in which, according to Jones’s LinkedIn profile, she was “the senior executive responsible for company-wide regulatory operations, licensure and accreditation, corporate communications, public relations, government affairs and centralized academic services.”

A New York Times article published in June includes a claim from Jones that she blew the whistle on misconduct on CEC; the Times piece reports, referencing Jones, “She was the one who reported the improprieties found at its schools to the schools’ accreditor and the Education Department, she said.”

There has been no further public elaboration, from the Times, Jones, or anyone else, on Jones’ claim. CEC has faced numerous federal and state law enforcement probes and lawsuits from students — over false advertising, misrepresentation of placement rates, and other issues — so there are any number of matters about which Jones might have blown the whistle. Jones’ reporting of improprieties could have been anything from courageously coming forward to reveal hidden abuses on the one hand to simply reporting to the Department and to accreditors, as required by law, when New York or other states pursued investigations of the company.  What exactly Jones reported, and how, is a matter, as I have said before, that requires further investigation, by Congress, via the Freedom of Information Act, and through other means.

House Education and Labor Committee chairman Bobby Scott (D-VA) is already investigating whether Jones has made false statements to Congress. He’s pursuing an investigation that includes evidence, of which there is plenty, that Jones, working under DeVos, misled Congress in seeking to aid another misbehaving college operation, Dream Center Education Holdings.

The company where Jones worked as a top executive for five years has been one of the worst predatory actors in an industry full of bad predatory actors. Now, with DeVos and Jones in charge at the Department of Education, it is thriving, getting billions in taxpayer dollars for the student grants and loans to the veterans and low-income people it aggressively recruits. In February CEC’s CEO Todd Nelson bragged to Wall Street of a big increase in profits: “2018 was a watershed year for our company, with operating income the highest it has been in almost a decade.” He added, “Our balance sheet is expected to further improve in 2019…”

The many law enforcement probes against CEC over the past six years have included a $494 million settlement in January with 49 state attorneys general over alleged deceptive practices.

CEC’s renewed profit surge has come precisely as DeVos, guided by Diane Jones, has rescinded virtually every Obama-era reform aimed at protecting students against predatory for-profit college abuses.  Yet at the same time Jones says, apparently, that she was so disturbed by CEC’s conduct that she took the extraordinary step of alerting authorities to her own company. (Todd Nelson didn’t join CEC until 2015, the year Jones left, but he surely was not the best choice to put a troubled for-profit college operation company on the path to compliance.)

The predatory practices at overpriced CEC schools have ruined the financial futures of thousands of veterans, single mothers, immigrants, and others seeking to build better lives through career training.

In 2013, CEC agreed to pay $10.25 million to resolve New York’s claims that the company, in its student recruiting and reporting to overseers, exaggerated its graduates’ job placement rates.  CEC’s alleged bad acts included: counting as placed in a permanent job a student who worked one day at a health fair created by CEC; counting graduates of criminal justice programs as placed “in field” if they obtained retail sales jobs; and claiming placement rates as ranging from 55 percent to 80 percent, when the actual figures were 24 percent to 64 percent. CEC was also accused of failing to inform prospective students that some of its programs lacked programmatic accreditation, meaning that graduates would have no opportunity to apply for the kinds of jobs for which they thought they were training.

In 2010, CEC agreed to pay $40 million to settle a class action lawsuit brought by students who said its San Francisco-based California Culinary Academy had misled them by claiming that 97 percent of graduates were hired for culinary jobs. The school failed to explain to applicants that that figure included graduates working as baristas, prep cooks, and waiters, jobs for which a degree was not required. The students also alleged that CEC invented fake job placements. (In all these settlements, CEC admitted no wrongdoing.)

According to past SEC filings by CEC, the FTC was investigating possible misrepresentations by the company to prospective students on telemarketing calls and through outside lead generation companies. In yesterday’s filing, CEC says that it admits no wrongdoing in the settlement. That’s the way these things usually go. CEC assures investors, “CEC chose to settle the FTC inquiry after almost four years of legal expenses and cooperating with the FTC’s investigation. CEC is pleased this matter is reaching resolution, particularly as its universities focus on their strategic priorities that directly support quality academic outcomes and their students’ success. Student services and access to federal student loans are not impacted by the Agreement…”

CEC also promises in the agreement to comply with the Federal Trade Commission Act and the Telemarketing and Consumer Fraud and Abuse Prevention Act.  CEC further commits to “enhance” its “current operational and compliance processes with respect to prospective student leads purchased from lead aggregators…. Specifically, the Agreement requires the operation of a system to monitor lead aggregators and generators involving a compliance review by, or on behalf of, the CEC Parties of the various sources a prospective student interacts with prior to the CEC Parties’ purchase and use of the prospective student lead.” Meaning CEC agrees to try harder to prevent third party recruiting operations from scamming students. Deceptive third party lead generators have been critical to recruiting new students for CEC and other predatory schools.