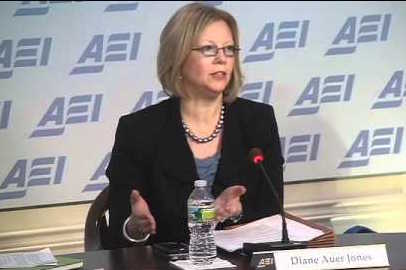 Ten Democratic senators wrote to Secretary of Education Betsy DeVos late last week that Diane Auer Jones, who formerly worked for a number of controversial for-profit colleges, has a “significant number of conflicts of interest and appearances of impropriety” in her current role as DeVos’s senior policy advisor. The senators charge that Jones “has a history of participating in the revolving door of government and lobbying.”

The letter from the senators, who include Richard Blumenthal (CT), Patty Murray (WA), Elizabeth Warren (MA), Dick Durbin (IL), and Kamala Harris (CA), discloses that Jones, who joined the Department last month, has been designated as the Senior Department Official (SDO) in charge of deciding whether the Department will reinstate as a recognized college accreditor the troubled Accrediting Council for Independent Colleges and Schools (ACICS). The Obama administration had dropped ACICS after many of its schools, including schools for which Jones worked, faced law enforcement probes for deceiving students and taxpayers. The senators write that ACICS “oversaw the biggest collapses of for-profit colleges in the history of federal student aid.”

The senators further tell DeVos, “we are concerned that Ms. Jones may be advising you on a variety of regulatory and administrative matters that directly and indirectly impact her former employers and the for-profit college industry.”

When it was disclosed in March that the DeVos had hired Jones, Republic Report described Jones’s extensive work for the for-profits, including her service from 2010 until 2015 as senior vice president and chief external affairs officer at Career Education Corporation (CEC), where she lobbied for the company on contentious policy issues, including the Obama administration’s gainful employment rule, aimed at preventing colleges from leaving graduates with insurmountable student loan debt.

Last month, during the final round of public rule-making meetings on the DeVos Department’s plan to gut the gainful employment rule, Jones could be seen sitting with other Department officials behind the negotiating table.

Republic Report also noted that Jones’ had served as an expert witness, providing dubious testimony, for the CollegeAmerica chain in a lawsuit brought by Colorado’s attorney general.

Both CEC and CollegeAmerica have extensive records of predatory practices, and both have faced major law enforcement actions. CEC operated schools accredited by ACICS, and some schools owned by CollegeAmerica chain also previously sought ACICS accreditation.

The senators write to DeVos regarding Jones, “it is imperative that the public have a better understanding of how the Department plans to address the significant number of conflicts of interest and appearances of impropriety that exist in her roles as SDO in the ACICS review process and as an advisor on other policy issues facing the Department such as regulations, enforcement actions, and reviews of conversions by for-profit colleges she may have worked with or represented.”

The for-profit CollegeAmerica chain, for which Jones testified in court, converted to a non-profit in a deal so troubling that the Obama Education Department, after extensive review, declined to treat the new institution as a non-profit for purposes of Department regulations. The DeVos Department has stated that it may reverse that decision, and it also is reviewing and approving similar non-profit conversions, as numerous for-profit colleges seek to escape the stigma and regulations related to their industry, through shady schemes that continue to enrich for-profit interests. Democratic senators recently demanded that the IRS and Government Accountability Office examine these troubling non-profit conversions.

In their new letter, the senators ask DeVos how the Department will address Jones’ conflicts of interest. They also contend that the Department’s newly-confirmed general counsel, Carlos Muniz, should recuse from that process. As a private attorney, Muniz represented CEC. As the senators note, Jones’s supervisor at CEC, Robert Eitel, also now works for DeVos at the Department.

The Washington Post reported Saturday night that DeVos spokeswoman Liz Hill said that Diane Jones is “complying with all ethics rules” and that the senators’ new letter “is just another red herring thrown up to distract from the important work we are doing on behalf of schools and students.”

The Post also received an email comment from Senator Blumenthal: “I have significant, specific concerns regarding Ms. Jones’ ability to oversee a derelict accreditor that has rubber-stamped the flow of federal dollars to colleges and universities that engaged in widespread fraud and abuse — the very same colleges and universities she has worked for most of her career.” He added, “Students and taxpayers deserve a consumer watchdog, not an industry lap dog. Instead of bolstering the Department of Education with strong consumer advocates, Secretary DeVos has surrounded herself with former for-profit college executives and a revolving door of lobbyists.”