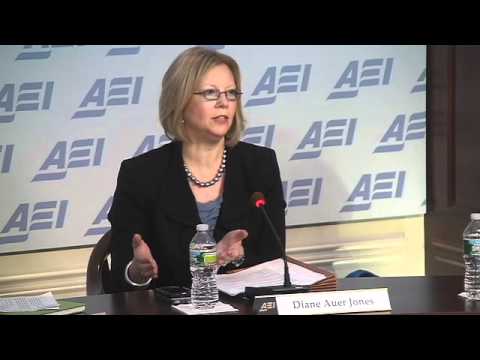 Politico reports today that Diane Auer Jones is joining Betsy DeVos’s Department of Education Department as senior policy adviser to the secretary. Jones has been working at the U.S. Department of Labor since November, and worked in the George W. Bush administration as assistant secretary for postsecondary education.

But in between, Jones was, from 2010 until 2015, senior vice president and chief external affairs officer at Career Education Corporation, meaning she was a lobbyist for a predatory for-profit college.

Illinois-based Career Education Corp., whose schools have included American InterContinental University, Colorado Technical University, and Sanford-Brown, was getting as much as $1.9 billion annually in federal student aid dollars during in the peak years of the for-profit college era.

Among other troubling behavior at the school:

After Jones left CEC, she presented herself to the media (and to others she approached in Washington on these issues, according to some of those people) as a senior fellow at the Urban Institute (which she was). But Jones also was the president of “AJsquared Consulting … Successful in leading organizations through start-up and turn-around activities, in achieving regulatory compliance, in developing and implementing effective strategic plans, in leading change management efforts and in transforming organizational culture through decisive, respectful and effective leadership,” meaning she was an education industry consultant.

Jones also was an expert witness for the predatory CollegeAmerica chain in a fraud trial brought by Colorado’s attorney general late last year.

UPDATE 03-08-17 6:20 pm: Here’s an expert witness statement Jones provided in the Colorado lawsuit on behalf of predatory CollegeAmerica. She “applaud[s]” CollegeAmerica’s “willingness to offer” a high-interest private student loan program and says that the “distress” experienced by low-income students in paying for college is “not created by CollegeAmerica, and at least CollegeAmerica is willing to take steps to provide access to this population.” Jones also defends CollegeAmerica’s decision to charge high tuition prices by asserting that when she worked in the Bush administration college presidents told her “they need to keep the published price high so that students and parents would see them as being in the same class as elite institutions, even though a relatively small percentage of enrolled students actually pay that price.” This is a ridiculous assertion. I sincerely doubt most prospective CollegeAmerica students are thinking along those lines, and I also doubt that the institutional scholarships CollegeAmerica offers to low-income students match those at many of the non-profit and public schools whose presidents spoke with Jones.

According to multiple Department career staff members, Robert Eitel, who also previously worked at Career Education Corp. and also for the predatory Bridgepoint Education, and now is senior counsel to DeVos, is calling the shots on key issues related to for-profit colleges.

DeVos hired for the critical job of the head of the Department’s enforcement unit ― in charge of investigating illegal conduct by schools ― Julian Schmoke, a college administrator who apparently has no investigative experience but previously worked at for-profit DeVry University, which has been under investigation by multiple law enforcement agencies and in 2016 paid $100 million dollars to settle a Federal Trade Commission lawsuit charging that it deceived students.

That’s not all. The Trump/DeVos choice for the Department of Education general counsel job, Carlos Muñiz, is a corporate lawyer who has advised Career Education Corp.  Muñiz previously worked as a top aide to Florida Attorney General Pam Bondi and helped to publicly defend her decision not to sue predatory Trump University. (While Bondi was publicly pondering whether to file such a suit, the Donald J. Trump Foundation sent an illegal $25,000 contribution to a pro-Bondi political committee.)

Early in the Administration DeVos also employed as an advisor Taylor Hansen, who previously worked as a lobbyist for the main for-profit college trade group, CECU. (Taylor Hansen is William Hansen’s son.)

Only Muñiz’s position is subject to Senate confirmation, and thus to any meaningful accountability. (He had a hearing in the fall, was approved on a party-line vote by the Senate HELP committee, and awaits a vote in the full Senate.)

Given the people DeVos has picked to advise her on higher education issues, it’s not surprising that her policies have matched the priorities of the most abusive for-profit colleges. Diane Auer Jones should fit right in.

UPDATE 03-09-18 4:45 pm: Late today, in a filing with the SEC, CEC disclosed that it’s given its CEO, Todd Nelson, a substantial raise. Nelson previously ran another predatory college company, EDMC, and before that another predatory college company, Apollo/University of Phoenix, and had a controversial record at each. (We also want to note that in November 2017, William Hansen, the number two official at the Department of Education under George W. Bush, joined the CEC board of directors. Hansen is now CEO of the non-profit Strada Education Network, previously a student loan agency and now an operation whose activities seem largely aimed at enriching Hansen and other top executives and investing in for-profit education. Strada, under its previous name, USA Funds, paid $110,000 — for, according to a federal disclosure form, consulting on student loan issues and higher education data analytics — sometime between 2015 and 2017 to James Manning, a former Department of Education official. In January 2017, Manning returned to the Department, where he is now the Acting Under Secretary, the number three position at the Department, and recently also took on the critical assignment of Acting Chief Operating Officer of the Department’s Office of Federal Student Aid. Hansen’s USA Funds had sued the Department in 2015 over over a new policy letter barring companies from charging loan collection fees to students who defaulted but promptly made arrangements to resume payments. In March 2017, two months after Manning went to work for DeVos, her Department revoked the policy letter, giving Hansen, Manning’s former client, the victory he sought.  A Department of Education spokesperson told ProPublica, which first reported on the Manning-Hansen connection, that Manning had recused himself from matters related to Hansen’s company, and Strada said there was no conflict of interest.)

CORRECTION: This article previously said that Diane Auer Jones was a “full-time” lobbyist for Career Education Corp. As an industry executive pointed out to me, Jones’s job had other duties besides formal lobbying or related advocacy work.