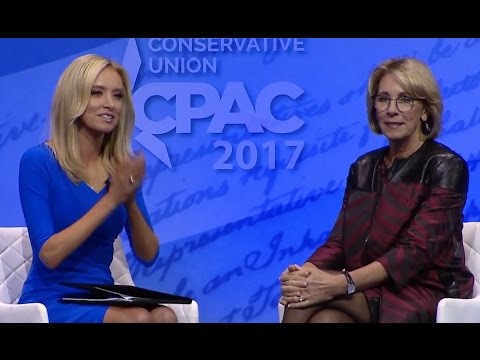 Politico reports this morning that Trump Secretary of Education Betsy DeVos may be ready to reverse the Obama Administration’s 2016 decision to reject the application of the predatory CollegeAmerica/Stevens-Henager chain to be treated as a non-profit school for purposes of Department regulation. That would be good for the chain’s wealthy operator, Carl Barney, but, as with many decisions by DeVos concerning the for-profit college industry, very bad for students and taxpayers.

Recognition as a non-profit would free the Barney chain from some legal rules aimed at curbing for-profit college abuses, such as the requirement that for-profits get at least 10 percent of their revenue from sources other than Department of Education student grants and loans.

Although the Barney chain was acquired by a non-profit organization, the Center for Excellence in Higher Education, the transaction was so favorable financially to Barney, and so troubling to observers, that it was a major focus of two lengthy New York Times stories. The Obama Education Department concluded that the chain’s conversion to non-profit status appeared primarily to benefit Carl Barney, rather than students. The decision was a groundbreaking development that warned college owners that the Department would no longer rubber-stamp cynical actions by predatory schools, potentially including several other pending non-profit conversion applications.

But DeVos has reversed that posture, turning over policy generally to for-profit college lobbyists, and already signing off on the troubling non-profit conversion plans of predatory Kaplan and Education Management Corporation schools.

Beyond its own dubious conversion transaction, the Barney chain has a troubling record of abuses of students, and, as a result, a chain of law enforcement actions against it.

Late last year, the Republican attorney general of Colorado took the Barney chain to trial on claims that CollegeAmerica engaged in the systematic fleecing of students and taxpayers — that CollegeAmerica staff consistently misled and lied to students about the selectivity of the school, the transferability of credits, the jobs they could obtain, the salaries they could earn, and more.

An example: The school, according to the AG’s office, hyped its “Medical Specialties” associate degree as leading to lucrative careers in a range of medical jobs. The program cost $42,000 — more than four times as much as comparable degree programs at community colleges. But most of the jobs that graduates had a chance to get were low-level, low-paid positions did not require a college degree at all.  Once students had completed the program, CollegeAmerica employees would then sometimes disparage the value of the program and hype the next expensive program — a bachelor’s degree in Healthcare Administration. But again, most graduates could only get low-rung jobs that did not require an associate’s degree, let alone a bachelor’s.

Devastating evidence at trial backed up these claims. For example, there was a student whom CollegeAmerica managed to sign to enrollment agreements for three separate programs, including a bachelor degree in computer science, even though, it turns out, the student has a “permanent and total” cognitive disability and thus was unlikely to benefit from the programs. One of the degrees cost $56,000. The ex-student now works at a dishwashing job set aside for disabled people. At trial, this student was presented with a “Satisfactory Academic Progress” appeal that he purportedly filed with the school, asking to remain in a program he was flunking; he testified that he didn’t write it.

The case now awaits a ruling from a Colorado state judge.

In 2014 the U.S. Justice Department joined a separate employee whistleblower lawsuit charging that CollegeAmerica paid its recruiters bonuses, commissions, and other forms of incentive compensation in violation of the federal ban on such payments. The suit further claims that CollegeAmerica employed faculty members who lacked the minimum qualifications required by the school’s accrediting agency, and that CollegeAmerica officials falsified student attendance records and grades. Last year a federal judge refused to dismiss that case. As the lawsuit’s endless docket sheet reveals, the Barney chain has been fighting in court ever since to conceal documents relevant to the case, even though the judge keeps ruling against it. The chain is claiming that, in paying the bonuses, it was relying on legal advice from its attorney, Keith Zakarin. No trial date has been set.

The school is now also in hot water with its accreditor and state oversight agency. Last June, the Colorado Commission on Higher Education, acting unanimously, revoked its authorization for CollegeAmerica’s Denver campus ability to enroll any new students in its bachelor degree programs. The commission also placed two other CollegeAmerica campuses, Colorado Springs and Fort Collins, on probationary status. According to the minutes of the commission meeting, the decision came after the school’s accreditor, Accrediting Commission for Career Schools and Colleges (ACCSC), took action against the school and “sent communication to the institution citing compliance with standards and requirements on a continuous basis as the main reason for the revocation.” According to the minutes of the meeting, the affected BA programs are to remain accredited by ACCSC only for the purposes of allowed existing students to complete their programs.

In 2013, I obtained a letter that an employee of Stevens-Henager, another school in the Carl Barney chain, wrote to government authorities alleging a lack of standards and integrity in the school’s recruiting. It read in part: “Our admission representatives are required to enroll anyone and everyone. All entrance and diagnostic testing has been eliminated… Toothless and homeless people are not marketable and will never pay back student loans. We still enroll them….  Our director said, ‘Get 40 people and I don’t care what you say or do to get them.’”

Students who get deceived by college recruiters often end up worse off than when they started. CollegeAmerica schools have established records of leaving their students deep in debt. For example, as of 2009, 40.2 percent of students at the Flagstaff, Arizona, campus of CollegeAmerica defaulted on their loans within three years. The figure was 38.8 percent at the CollegeAmerica campus in Denver. For comparison, the default rate at Michigan State University was 4.3 percent.