Without Romney To Shield Them, For-Profit Colleges Must Face Reality 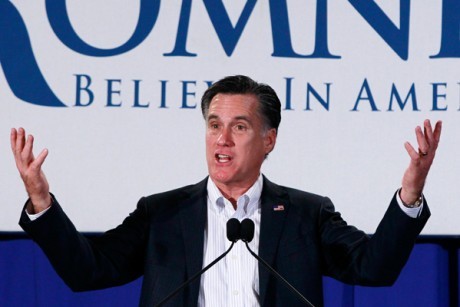 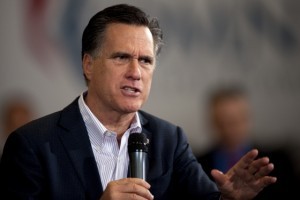 Since last week’s election, the Fox News Channel has featured several corporate executives complaining about the results. But it’s likely that few are as upset as CEOs of the troubled for-profit college industry. This sector, which is deeply dependent on the federal government, bet heavily on a Republican victory.

Mitt Romney, who has a financial stake in the industry, went out of his way to praise for-profit colleges, and he pledged to undo Obama reforms aimed at holding these companies accountable for fraudulent practices and poor quality schools. Sparked by Romney’s apparent eagerness to let them off the hook and keep the $32 billion in federal taxpayer dollars flowing into their coffers every year, big for-profit colleges and their executives contributed heavily to Romney and Republican Super PACs.

The for-profit colleges also staffed up their lobbying and corporate ranks with well-connected Republicans like Margaret Spellings and Sally Stroup, both former George W. Bush officials on whose watch the government turned a blind eye to the industry’s misbehavior.

Last week, the for-profit colleges lost their bet on the GOP. Now they face an Obama Administration and U.S. Senate majority — backed by veterans, civil rights groups, and many others — increasingly determined to halt the industry’s torrent of waste, fraud, and abuse.

It’s time for the for-profit college industry to accept fundamental reforms – or else face tough penalties.

Senator Tom Harkin’s (D-IA) relentless report on the industry, which carefully detailed its heavy reliance on federal money, its deceptive recruiting practices, its sky-high prices, and its astounding failure to educate its students, was, if anything, too gentle. While there are some responsible companies, good programs, and great teachers in the sector, many of the biggest companies have played a cruel joke on low-income students, veterans, immigrants, people of color, single parents, and others struggling to get ahead – luring them in with false promises, offering them weak programs and worthless credits, and leaving them with insurmountable debt.

Those of us who have studied this industry and become involved with the debate have now met many, many students, from all kinds of backgrounds, who have been left embarrassed, embittered, and broke by their experiences with for-profit colleges. We’ve also met numerous former staff members of these schools who lost their jobs or left in disgust because they could not tolerate the abuses and lies.

To counter this overwhelming record of failure, big for-profit colleges have used their enormous revenues to buy respectability and support. The largest for-profit college, the University of Phoenix, sponsors NBC conferences on education and put its name on Arizona’s NFL football stadium. Industry members have donated to non-profit advocacy groups, created fig-leaf advisory boards of paid experts, and hired notables like former Senate GOP leader Trent Lott and Obama senior advisor Anita Dunn to advance their agenda in Washington. Pillars of the establishment actually are the owners some of these businesses – the Washington Post Company owns Kaplan, and Goldman Sachs owns 41 percent of EDMC.

Yet even the most seasoned Washington hands are hard-pressed to recall too many federal programs as cynical or as wrong as the billions in taxpayer money dispensed every month to big for-profit colleges. It’s an industry whose aggressive boiler room salespeople have referred to students as “pieces of business” and “asses in classes” and used sales scripts aimed at exploiting the pain and shame of prospective recruits. It’s an industry that has been caught time and again making false statement to students, state regulators, and federal authorities. Multiple times, people who have taken money to lobby for this industry have told me in private that they know they’re on the wrong side, and encouraged me to keep speaking out.

For-profit colleges could try to delay as long as possible a shift to a rational policy framework that ends this outrage and protects students and taxpayers. They could lobby to maintain a firewall against reforms in the U.S. House of Representatives, where their campaign contributions have bought allegiance from the GOP leadership and a good number of Democrats. They could redouble efforts to sign up as many students as they can, and cash their federal financial aid checks, before failing programs are shuttered. They could loot the assets of their companies for enormous salaries, even as they lay off teachers.

But that strategy may not work for much longer. Proponents of reform are pushing for major changes, with veterans organizations speaking out and playing a central role. Federal and state authorities are ramping up legal proceedings charging the industry with defrauding students and other misconduct. The new Consumer Financial Protection Bureau is aggressively pursuing abuses by lenders trading in high-interest private student loans, which often are targeted at for-profit college students. Senators have asked the Federal Trade Commission to investigate deceptive marketing practices aimed to recruiting students to these schools.

The truth is catching up with for-profit colleges. Their enrollments are declining – the Wall Street Journal describes these schools as “hemorrhaging students” – and share prices, plummeting even before the election, continue to fall. The University of Phoenix announced in October that it is closing 115 campuses and laying off 800 employees. Another major player, Career Education Corp., said last week that it will cut 23 campuses and 900 jobs. A third big company, Corinthian Colleges, disclosed that the U.S. Department of Education has disputed the company’s compliance with federal government standards for financial responsibility, which puts at risk its eligibility for federal aid.

Meanwhile, the industry’s political clout, long feared on Capitol Hill, may be slipping. Members of Congress are starting to face local pressure from veterans and others to stop embracing colleges that harm people in their communities.

Given all these factors, these companies need to at last accept responsibility and start behaving responsibly.

Surely there is room for private sector innovation in facing the challenge of preparing Americans for careers. But we need to end the destructive, wasteful race to the bottom in for-profit education, in which the more you abuse students, the more money you make. We need to change the system so for-profit colleges instead start competing by actually helping students learn and get good jobs.

The big for-profit colleges should stop using our tax dollars to finance furious lobbying campaigns against reforms. They should accept, for starters, the following common sense changes:

Washington should implement all of these reforms promptly.  But even taken together, these changes may not be enough to protect students and taxpayers. As Senator Harkin’s report documented, big for-profit colleges have become expert at finding means to circumvent these rules, causing even more harm to students. Given the coming budget crunch, Congress is looking for places to cut, and student financial aid generally will be under pressure. A for-profit sector that has acted with impunity and refuses to reform itself will be a tempting target.

As I have previously suggested, continued intransigence by the for-profit colleges might warrant a stronger approach, one that starts by asserting that the evidence compels frankly treating for-profit colleges differently than another kinds of colleges, because the tension between pleasing shareholders and serving students is now patently obvious. This approach would be premised on the principle that federal aid is, for a school, a privilege, not a right. Instead of new measures to determine whether aid should be taken away, for-profits would be required to apply anew for eligibility. The U.S. Department of Education would house a nonpartisan board that establishes broad criteria for eligibility. The board, comprised of members without prior financial ties to for-profit education, would hold public proceedings and use expert judgment to make decisions. Approval would require a unanimous vote every two years. As much as possible, eligibility decisions would be insulated from legal maneuvering and court processes.

Such fundamental reform might become a necessity if the big for-profit colleges don’t step up and accept a future where the way to earn federal aid is to truly serve students and help them build careers.