House, in Latest Pledge of Fealty To Donors, Votes Against Accountability for For-Profit Colleges

posted at 9:00 am by David Halperin 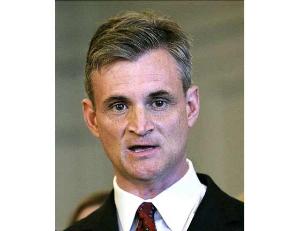 On Tuesday, the U.S. House of Representatives, by a vote of 303-114, passed a bill to block Department of Education rules that would help hold for-profit colleges accountable for abusing students and taxpayers.  The vote represented another effort by the House, under the sway of campaign contributions and intense lobbying from the wealthy for-profit college industry, to overrule common sense reforms by the Obama Administration.

The rules at issue will require that colleges obtain authorization from the states in which they enroll students in order to receive federal financial aid for those students.  Under current rules, a school can get approval in one state and then enroll students online from numerous states. The problem with that is that some for-profit schools have engaged in predatory practices like coercive recruiting, false reporting, low-quality training, and provision of virtually worthless credits and degrees – these schools need more monitoring, not less.

Many for-profit schools receive 90 percent or more of their revenue from federal financial aid, and many of them leave large numbers of their students deep in debt and without job prospects.

The rules that the House voted to overturn are also aimed at creating a uniform definition of a college credit hour.  Some for-profit colleges have taken advantage of the vague standards in this area to, for example, offer nine credits for a five-week course.

The rules, adopted in 2010, won’t take effect until 2013 or 2014, and they apply to all colleges, not just for-profits.  But none of that is good enough for the for-profit education industry, which has been accustomed to having its way in Washington and doesn’t like being held accountable.

The White House stood up against the bill, saying that Congress should not prevent the Education Department from “responsibly administering these programs and ensuring that consumers and taxpayers are protected from fraud, waste, and abuse.”  The bill is unlikely to pass the Senate, given the strong leadership by Senators Tom Harkin, Dick Durbin, and others to channel federal aid to programs that actually help students learn and get jobs.

Remarkably, every single Republican member voting backed this bill to avoid accountability for the use of federal taxpayer dollars. Worse, even more House Democrats (69) voted for this bill than voted in February 2011  (58) to block another Obama rule, called gainful employment, aimed at holding the industry accountable.  There were some good developments this time: Democratic Leader Nancy Pelosi and DNC Chair Rep. Debbie Wasserman Schultz, each of whom voted with the industry on “gainful employment,” declined to block the Obama reform this time.

But overall, the climate in the House on this issue remains shameful – standing with the rich for-profit education industry and against the interests of students and taxpayers.