A Good Day: Obama Stands With Troops Instead of Wealthy Predatory Colleges

posted at 2:28 pm by David Halperin 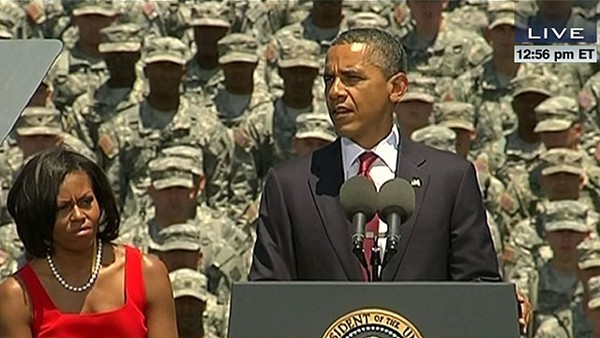 At Fort Stewart, Georgia, today, President Obama  signed an executive order aiming to protect U.S. troops, veterans, and their families from the predatory abuses of some for-profit colleges. It remains to be seen if this new directive will do enough to guide our service members into programs that actually help them build careers — and away from programs that leave them deep in debt. But President Obama delivered powerful remarks, charging that some for-profit education companies “aren’t interested in helping you…. They are interested in getting the money.” He called their conduct “appalling” and “disgraceful” and told the troops that these schools are “trying to swindle and hoodwink you.” This was an inspiring moment from the perspective of Republic Report, whose subject is the corrupting influence of money on our politics. Obama stood up for principles of fiscal responsibility and honest government and for economic opportunity and growth. And he stood with the men and women of our armed forces and with all our citizens seeking better lives. In order to do all that, he had to stand up against the big campaign donors and powerful lobbyists behind the for-profit education industry, which called Obama’s action a “deeply unfortunate development.”  A good day for democracy and for our country.  WATCH IT.