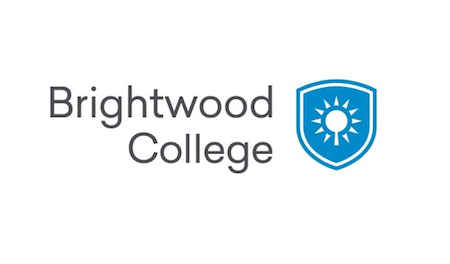 Yesterday, Birmingham, Alabama-based for-profit college company Education Corporation of America (ECA) announced the new name for the campuses, until now called Kaplan College, that it recently bought from Graham Holdings Company. The schools will henceforth be known as “Brightwood College.”

Are the schools to be named after New England education pioneer Jebediah Brightwood?  Nope. It appears that there is no Mr. or Ms. Brightwood to be honored here, or a college town called Brightwood. Instead, Brightwood seems to be a wholly made up, focus-grouped name, like Altria or AstraZeneca. Except in the for-profit college field, it appears that what works are preppy-sounding family or village names, evoking Harvard, Princeton, Stanford, Amherst — in other words, evoking exclusivity, nurturing, tradition, success, power.

There is, perhaps, a Random WASP College Name Generator.

ECA’s CEO, Stu Reed, is quoted in a company press release, offering a fairly candid, if corporate-speaky and ungrammatical, explanation of how Brightwood got its name: “Brightwood College resonated with values and attributes important to students including: caring, trustworthy, provides personal attention, helps students succeed and is a college they are proud to tell their family about.”

In other words, not at all like a predatory for-profit college that would use deceptive and coercive tactics to recruit students, charge sky-high prices while underspending on instruction, and leave many students unemployable but buried in debt. Kind of like the bad reputation that Kaplan schools have earned in recent years. (ECA bought the Kaplan College campuses, but the Graham company, former owners of the Washington Post, is keeping the Kaplan University schools.)

These kinds of made-up preppy names are all over the for-profit college landscape. The Federal Trade Commission announced in May that it had settled a case against Ashworth College after the FTC charged that Ashworth “misrepresented to students that they would get the training and credentials needed to switch careers or get a new job, and that the course credits they earned would transfer to other schools. In reality, many programs offered by the for-profit institution did not meet state requirements for desired careers, and the claims made about credit transfers were often not true.”

Ashworth College is not to be confused with Ashford University, the name that San Diego-based predatory for-profit college company Bridgepoint Education gave to the former Franciscan University of the Prairies in Clinton, Iowa, when it acquired that tiny school and used it as the base for a national campus chain and online school that then-Senator Tom Harkin (D-IA), after thoroughly investigating, called “a scam, an absolute scam.” Ashford has since been under investigation for potential fraud by the Securities and Exchange Commission, the Consumer Financial Protection Bureau, and at least five state attorneys general.

Faux WASPy names were also favored at the Karachi, Pakistan, based diploma mill company Axact, which catered to the U.S. market. A diploma mill differs from a predatory for-profit college in that the student is in on the scam, and wants a fake degree from a fake college to further his or her career. The prices are much more affordable, and you don’t have to study. But the dreams, and dream names, are in the same vein. Fake colleges created by Axact, before a New York Times story this May exposed the charade, included Mount Lincoln, Hillford University, and the perhaps-less-fully-focus-grouped Nixon University.