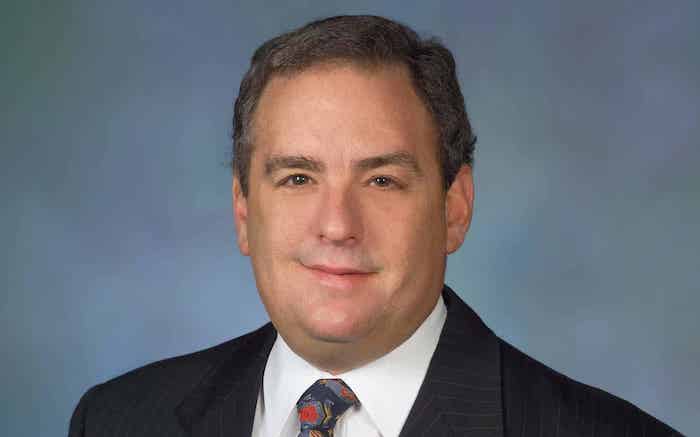 Arthur Keiser, the politically-connected “Chancellor and CEO” of Florida-based Keiser University, has been sued by his 96-year old mother for allegedly cheating her out of income generated by businesses they own together — an escalation of a messy family dispute over a lucrative for-profit college fortune, with damaging charges and counter-charges and an effort by Keiser to have a court declare his mother incapacitated.

Keiser, long a central figure in efforts by the for-profit college industry to get its way in Washington, is also currently the chairman of a federal committee charged with advising Trump Secretary of Education Betsy DeVos on higher education issues.

In a complaint filed April 17 in Florida state circuit court in Broward County, Evelyn Keiser alleges that her son Arthur Keiser and his wife Belinda Keiser owe her rental income, as well as her share of $20.5 million from the 2016 sale of two properties, in Melbourne and Daytona Beach, Florida, to Arthur Keiser’s Everglades College, the non-profit entity that owns Keiser University.

Evelyn Keiser’s complaint charges Arthur and Belinda Keiser with breach of fiduciary duty and unjust enrichment, and also accuses Arthur Keiser of fraudulent concealment and of conversion, which means taking someone else’s property without consent — the civil law equivalent of a criminal theft charge.

Mrs. Keiser also alleges that her son used money from their businesses to make political contributions that, if given as individual contributions, would have exceeded the legal limits of campaign finance laws. 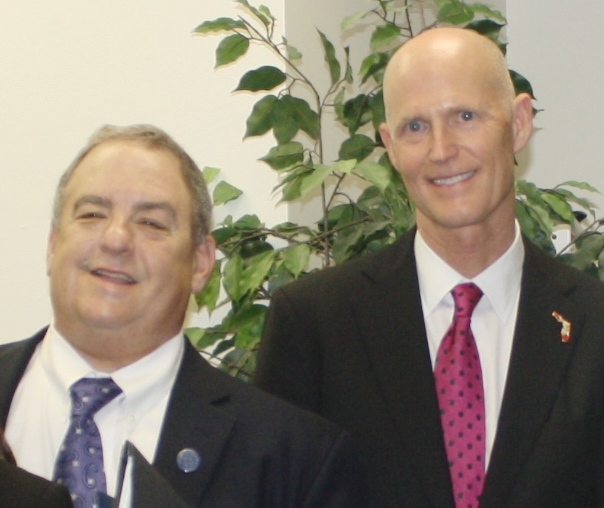 Predatory for-profit schools have for decades used a toxic mix of deceptive recruiting, high prices, and low-quality instruction to rip off taxpayers and leave many former students, including veterans and single mothers, buried in debt, without the career advancement they were promised.

Arthur Keiser is also a board member, former board chair, and long-dominant figure in CECU, the for-profit college industry’s main lobby group, which has aggressively opposed college accountability rules. With Keiser’s active involvement, CECU also has been a vehicle for campaign contributions to supportive Members of Congress. 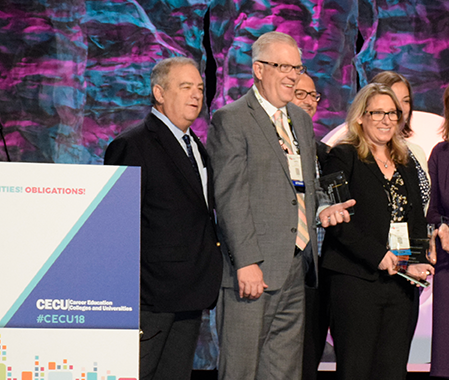 And Keiser is chairman of the National Advisory Committee on Institutional Quality and Integrity (NACIQI), a panel that advises Betsy DeVos and her Department of Education on issues including oversight of the accrediting agencies that approve colleges like Keiser’s to receive federal student grants and loans. Keiser was selected for NACIQI by Republicans in the House of Representatives and chosen as chairman by his fellow panel members.

A congressional staffer once explained to me why his boss, considered one of the most progressive members of Congress, usually voted against measures to protect students and taxpayers from predatory college abuses — it was because Art Keiser organized fundraisers that helped keep his campaign coffers full. Keiser seems to never forget that the pipeline of money that funds his schools runs through Washington, DC; a relatively modest investment in lobbying and campaign cash can be worth billions in taxpayer dollars.

Belinda Keiser, also a long-time official of Keiser University, is involved in politics in her own right. She ran unsuccessfully for the Florida state senate in 2018, losing in the Republican primary despite reportedly spending more than $900,000 of her own money on the campaign. She was a delegate to the 2016 Republican National Convention that nominated Donald Trump. In March 2017, then-Governor Rick Scott appointed her to the Florida Constitution Revision Commission.

In the lawsuit, Evelyn Keiser alleges that she was the founder in 1978 and the primary investor in the for-profit Keiser School, which over time expanded into the Keiser network of campuses. She says that she and her son Arthur created a series of limited partnerships to buy land and lease it to the school.

Mrs. Keiser alleges that in 2019, “Arthur Keiser attempted to conceal the actual sums owed by making a mea culpa admitting that he owed Plaintiff at least $1,500,000.” She says that Keiser still hasn’t paid her.

In a series of legal filings prior to the initiation of the current lawsuit,  Mrs. Keiser asserted, starting last December, that one of her son’s companies had refused to allow her representatives to inspect relevant business records.

A state court judge declared the matter a family dispute and ordered a mediation session. In 2017, Evelyn Keiser had executed a power of attorney authorizing another son, Jeffrey Keiser, and a daughter, Ellen Farren, to act in her interests. When Jeffrey and Ellen balked at attending the mediation, or bringing their mother, indicating they would send their lawyer instead, Arthur Keiser sought and obtained from the judge an order requiring Jeffrey and Ellen to show up, and at least let their mother know she could attend.

Meanwhile, lawyers for Evelyn Keiser filed a motion claiming that Arthur Keiser’s lawyers were harassing her with overly broad requests for documents.

Arthur Keiser responded on April 6 by petitioning the probate and mental health divisions of the Florida court to have his mother declared incapacitated and to create a guardianship. Although records in the guardianship case are sealed from the public, in court papers his lawyers filed in the other matters, Keiser says he is seeking the incapacity declaration to protect his mother from “the wasteful and predatory actions” of his siblings. His lawyers called Keiser’s move to have his mother declared incapacitated a “difficult decision.”

In a May 1 filing, Keiser seeks to delay his mother’s attempt to review further documents until his guardianship petition is resolved. By his lawyers, Keiser accuses his brother and sister of engaging in a “money-grabbing gambit” and says they have abused their power of attorney “for their own financial gain in complete disregard for the wishes of their mother.”

A spokesperson for Arthur Keiser called the litigation “an internal disagreement among some members of the Keiser family” and referred me to the statements of Keiser’s lawyers in the court filings; she said Keiser would not comment. Alex Rosenthal, a lawyer who represents Evelyn Keiser in the litigation, has not responded to a request for comment.

In happier times, back in 2015, Arthur Keiser celebrated as his mother was inducted by Governor Scott and then-Florida attorney general Pam Bondi into the Florida Women’s Hall of Fame, which also includes such notables as civil rights leader Mary McLeod Bethune and musician Gloria Estefan. According to an account of the ceremony on the Keiser University website, Evelyn Keiser said in her acceptance speech, “I could not have done this without Dr. Keiser (Chancellor) and Belinda Keiser (Vice Chancellor). Together we have grown Keiser University into a truly global university and for its students’ achievements in academics, community service, and leadership, I will be forever proud.” The website account adds, “As she stood before the crowd, she humbly declared that hers and Dr. Keiser’s dream could only have become a reality in America.”

Arthur Keiser’s schools, Keiser University and Everglades University, have received hundreds of millions in American taxpayer dollars for student grants and loans, and they are getting another $22 million in new taxpayer funding from the COVID-19 CARES Act.

But the record of these schools is troubling.

Keiser University and the U.S. Justice Department reached an agreement in 2015 under which Keiser, without admitting misconduct, would pay $335,000 to settle a lawsuit under the False Claims Act, charging that the school defrauded taxpayers in the receipt of Department of Education funds.

Three years earlier, to resolve a two-year investigation by the office of Florida attorney general Bondi under the state’s Deceptive and Unfair Trade Practices Act, Keiser’s schools agreed, without any admission of guilt, to  offer thousands of former students free job retraining and that its staff would not misrepresent information about the schools to prospective students.

Some who have worked with Keiser on the NACIQI panel describe him as genial. But three former staff members at Keiser University each have told me he bullies staff, angrily yelling and berating them for not making student enrollment goals.

In addition to concerns about the operation of his colleges, Arthur Keiser’s business deals have raised questions.

In 2011, Keiser engineered the sale of Keiser University, then a for-profit college, to Everglades, a non-profit school he had acquired — in a deal so sketchy it made the front page of the New York Times.

In order to buy Keiser University, Everglades took on a $321 million loan — from Arthur Keiser. Everglades is thus paying Keiser principal and interest on that loan, plus an annual salary of $831,000. Keiser also made Everglades a charitable gift of much of the rest of the purchase price, potentially providing him with large tax deductions. In addition, Arthur Keiser owns stakes in properties that collect some $14.6 million in rent from Everglades, in the Holiday Inn where Everglades employees stay, in a private airplane that Everglades employees use, and in a computer company that contracts with the college.

Keiser has insisted the deal is honest and fair.

Keiser’s was one of the first in a wave of conversions of for-profit colleges to non-profit — deals that have allow for-profit schools to escape the stigma that predatory behavior has created for the industry, and also to avoid certain regulations that apply only to for-profit schools. Deals like the one pioneered by Keiser have allowed former owners to continue to reap big profits despite the non-profit label.

It remains to be seen whether Arthur Keiser’s mother will succeed in getting a bigger share of these riches, or whether instead he will keep more for himself.