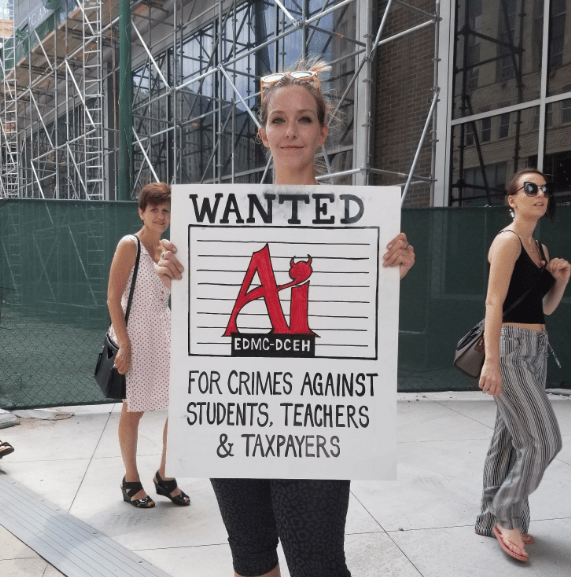 Late today, Dream Center Education Holdings announced it would restructure its three chains of career colleges, which have been in a state of upheaval — with campus closures, layoffs, accreditor woes, and false statements to students — through the entire year that the new non-profit DCEH has operated the former EDMC for-profit schools.  In an email to staff, DCEH chairman Randall Barton explained that the Art Institutes and South University have each been transferred to “an independent non-profit foundation not affiliated with DCEH.” The third chain, Argosy University, “remains in its current state of ownership affiliated with DCEH while we negotiate a new strategic partnership for Argosy.”

Crucially, Barton tells staff, “A new managed service provider not affiliated with DCEH has been engaged to provide the necessary technology, services and support (enrollment, marketing, student services, and career services) that will be needed to maintain operations at Ai as well as at South and Argosy.”

A separate email to Art Institutes staff from Claude Brown, system president of those schools, reveals that the new managed service provider is Studio Enterprise, a company that has been in discussions with DCEH for months, insiders have been telling me. “To assist in this operational transition,” Brown writes, “some of our non-academic services will be provided to us by Studio Enterprise via a standard managed services agreement. Studio Enterprise does not have any ownership interest or control over The Art Institutes or EPF.” The Los Angeles-based for-profit Studio Enterprise describes itself as a provider of services to the also-LA-based for-profit Studio School, a branch of for-profit Hussian College. A major investor in Studio is the New York-based investment firm Colbeck.

[UPDATE 01-22-19 12:45 pm: On the evening of Friday, January 18, Jeremiah Staropoli, president and CEO of Hussian College Group, emailed me, and wrote, “Colbeck is neither a current nor past investor in Hussian College, so we would appreciate your correcting that misstatement when you next update your story. For additional clarification, Studio Enterprise is a service provider to Hussian’s West Coast campus, Studio School, but Hussian is not a party to the services agreement between Studio Enterprise and AI that was made public this week.” I wrote back that night to Staropoli seeking clarification, because (1) I was told by a person connected to DCEH that Colbeck is the key investor in the Studio School and Studio Enterprise; (2) a 2015 article in Variety about the Relativity School, now called the Studio School, states: “The school is a for-profit branch of Philadelphia’s Hussian School of Art, and offers degrees in film, acting, dance and graphic arts through its Los Angeles Center Studios campus. Relativity licensed its name to the school and also allowed students to work on its film and television productions. The school is planning to announce new entertainment company partners before the next semester begins. Other investors in the school include Colbeck Capital, one of Relativity’s major lenders”; and (3) the Studio School website states that the Studio School a “branch campus” of Hussian College. If those relationships exist, if Studio School is a branch campus of Hussian, and Colbeck is an investor in the Studio School, I asked Staropoli, how is it that Colbeck is not at least an investor in Hussian?  I also asked Staropoli: (1) who the investors in Hussian are; (2) what specific relationship or ownership Hussian had or has with respect to Studio Enterprise; and (3) if he knows, what services Studio Enterprise will provide to the Art Institutes, Argosy, and South. I haven’t heard back from Staropoli yet.]

[UPDATE 01-15-19 9:00 am: In November 2018, Hussian College took over for-profit Daymar College, which in 2015 agreed to a $12.4 million settlement to end a lawsuit, alleging deceptive practices, brought by Kentucky’s attorney general.]

Such an approach would be consistent with the recent and proposed conversions of for-profit schools including Kaplan/Purdue Global, Bridgepoint, and Grand Canyon, the Arizona-based college previously run by Brent Richardson, who is now the CEO of DCEH. That structure allows a school to advertise itself as non-profit, thus avoiding the stigma created by the predatory behavior of many for-profit schools, and avoid the federal regulations that apply to for-profit schools, while allowing a for-profit company tied to the school to keep making big profits off students and taxpayers, and to retain incentives, at least, to act in a predatory manner — high prices, deceptive recruiting, low spending on instruction.

The new approach also is consistent with evidence that emerged that Richardson was from the start seeking to leverage non-profit DCEH to make money for for-profit schools and other businesses in which he and his family and close associates were invested. Finally, the new DCEH structure is consistent with new proposals by the DeVos Department of Education, scheduled to be debated in public starting tomorrow, that would allow taxpayer money to finance the wholesale shift of education services from entities separate from accredited colleges.

According to Barton’s email, the DCEH restructuring was accomplished “with assistance from the U.S. Department of Education (DoE), our senior lenders and other strategic partners” –meaning the DeVos Department has apparently blessed the deal.

The Department confirmed the reorganization in a statement to the Pittsburgh Post-Gazette.

Barton didn’t name the new non-profit or non-profits that will take over the Art Institutes and South. (According to the Post-Gazette, the Ai schools will be transferred to the Education Principle Foundation. UPDATE: A separate email to South University staff names the same foundation as the one taking over South.)  But Barton implied that more campus closures might be ahead: “We will continue evaluation of all campus locations across education systems to determine where students can best be served.”