posted at 8:12 am by David Halperin 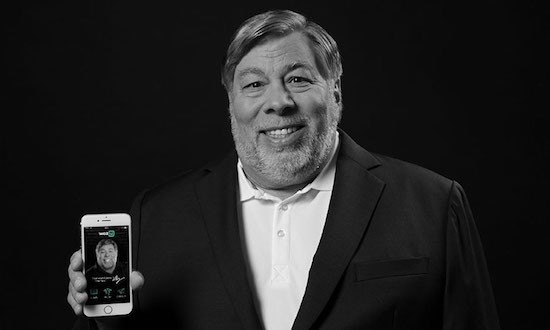 The Arizona board in charge of regulating for-profit colleges in the state has unanimously rejected the application of Steve Wozniak’s Woz U to renew its license to operate. In doing so, members of the board, many of whom are associated with for-profit schools, and which has generally been supportive of for-profit schools, cited the fact that Scottsdale-based Woz U’s ownership group intersects with the team that ran Dream Center Education Holdings (DCEH). That operation’s mismanagement and apparent misfeasance has led this year to the rapid collapse of a group of career colleges across the country.

The Arizona board also rejected Woz U’s application for change of ownership, which apparently would have involved a change in the percentage of ownership by Wozniak, the Apple co-founder.

In December, the same body, the Arizona State Board for Private Postsecondary Education, had unanimously dismissed complaints about Woz U’s educational quality, despite assertions of out-of-date and shoddy course materials, tuition discrepancies, and improper recruiting practices.

But the board’s agenda for its April 25 meeting included not only Woz U’s renewal application but also matters related to some of the shuttered DCEH schools — the closure of Argosy University, and claims filed by students of the Art Institute of Phoenix.

As an audio recording (starting at about 3:30:00) of the meeting makes clear, the board had the DCEH debacle on its mind in reassessing Woz U.

Woz U was represented at the meeting by its top officials — David Weems, Jacob Mayhew, Jonathan Crowley, and Brent Richardson, a major Woz U owner who also was previously the CEO of DCEH.

Woz U, a computer coding “bootcamp,” has a flashy name and mission, but it is not approved by any accrediting agency, meaning students enrolled there are not supposed to be eligible for U.S. Department of Education grants and loans.

But as Republic Report began exposing a year ago, after DCEH, in early 2018, had purchased three chains of career colleges from for-profit Education Management Corporation, Brent Richardson, among other questionable steps, developed plans to mix the non-profit, accredited DCEH schools he controlled with the for-profit, unaccredited Woz U, which he also controlled. Meanwhile, for-profit, accredited Southern Careers Institute, run by Mayhew and Richardson, already had mingled its operations with Woz U. Thus it appears that Woz U was promising some students access to financial aid, apparently by technically enrolling them at Southern Careers.

The association between Woz U and DCEH seemed to drive the board’s rejection of the coding camp. One member of the board told the Woz U group that the board was “still reeling” from the collapse of the DCEH schools. A board member asked, “How did you let Argosy happen?” and called the chains’ collapse “an unbelievable blow to our state.”

Board members questioned Richardson and his colleagues in particular about the contentious matter of federal aid that DCEH was supposed to provide directly to Argosy students as stipends in early 2019, but instead went missing and was apparently diverted to operating expenses — a subject of intense finger pointing between DCEH, the Betsy DeVos Department of Education, a court-appointed receiver, and Studio, a company that has taken over some of the operations of the DCEH schools that have survived.

Richardson told the board that he and his management team officially resigned their DCEH posts on January 1, 2019, and he didn’t know what happened, but that Studio had become the responsible party by that point.

Richardson admitted “there were massive problems” at DCEH, but blamed the prior owners of the schools and also blamed the Department of Education, for effectively taking away control of the schools less than a year after the purchase had been completed.  “I’m not trying to say we weren’t involved,” he told the board, “but the ball was taken out of our hands in December,” thwarting Richardson’s plans to try to sell the schools and keep them alive.

The board members asked repeated questions about the overlap between DCEH officials and Woz U owners. They appeared troubled by the repeated changes of ownership of Woz U among various people and limited liability corporations — sometimes, according to board members, without obtaining board consent.

The board ultimately voted unanimously to revoke Woz U’s license, citing provisions of law requiring for-profit schools to be financially responsible and have sufficient management capability, and to comply with federal and state laws.

It’s unclear whether Woz U will appeal or how big a setback the board’s decision is for the company. The management team told the board that Woz U had only 32 students, which may have referred to the number attending at the physical campus in Scottsdale, as opposed to online.  A source close to the Woz U team told me the school still had some 600-700 students, including online, and the school appears to be continuing to enroll students. The Woz U officials told the Arizona board that the company had moved into marketing its content and training directly to businesses and other schools, suggesting they can still make money without being in the business of directly enrolling students, which is what they needed the state license renewal for.

Steve Wozniak has not responded to a request for comment. A Dream Center spokesperson, who was already working there when Brent Richardson was in charge, wrote to me regarding Richardson, “I do not have his contact information.” I don’t either, but will publish any response if I hear from him.

The Arizona Republic, a day after our piece, reports on the board’s rejection of Woz U’s applications. Their story notes that Woz U has until June 11 to request an administrative appeal; if they don’t, the school must cease operations that day.

Also, here’s the May 6 letter from the Arizona board to Woz U, implementing its actions and formally stating its concerns about conduct by both Woz U and DCEH.

Woz U issued a statement on May 13, declaring that it would appeal the Arizona board decision. It stated, in part, “While our unique and transforming Education-as-a-Service (EaaS) business model does not rely on having a [sic] Arizona postsecondary license, we do not agree with the reasons the Board cited in their decision not to renew. By focusing on a perceived ownership issue separate from Woz U’s business operations, the Board overlooked our many accomplishments in advancing the careers of individuals to meet the ever-growing employment demands of Arizona’s technology industry.”