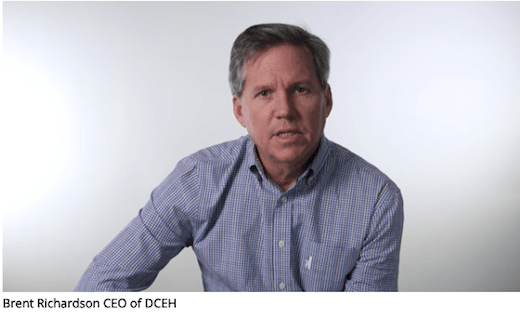 Brent Richardson has resigned as CEO of Dream Center Education Holdings after a tumultuous year since the non-profit took over three chains of career education schools — the Art Institutes, Argosy University, and South University — formerly owned by for-profit EDMC. A person close to DCEH management confirmed the resignation.

Under Richardson, the former CEO of for-profit Grand Canyon University, DCEH closed numerous campuses, laid off hundreds of staff, and faced numerous adverse actions by accreditors. As Republic Report first reported, last May, DCEH published false statements about the accreditation status of two of its schools, and seemed to be seeking to leverage the non-profit schools to make money for for-profit schools and other businesses in which Richardson and his family and close associates were invested.

We’ve been covering the DCEH saga, and the terrible impact for students, ever since, up to yesterday’s announcement that DCEH was, with the blessing of the DeVos Department of Education, restructuring, turning over the Art Institutes and South to a separate non-profit foundation, and putting a for-profit company, Studio Enterprise, in charge of providing services to all three chains.

Richardson, through aides, repeatedly declined to speak with me to tell his side of the story (although they dangled an opportunity to meet in person if I traveled to Los Angeles and held off publishing an article), but associates say he was working without a salary, trying in fact to use his network to revive the former EDMC schools out of a sense of service.

The person who confirmed the resignation told me of Richardson: “He never asked for a penny…never operated in a conflict, visited 46 campuses multiple times, got it to a safe landing, all after deceptive corrupt ‘sale’ to DCEH by EDMC…he succeeded to achieve a good outcome against all odds…all of which will be confirmed in future litigation plus hopefully a congressional hearing on Oversight…which I hope you stimulate…And the majority of faculty, students, and staff are indeed better off than one year ago…and tax payers didn’t lose $1.3 billion like other troubled closures…”

This source called “100% false” an unverified online rumor that Brent Richardson is associated with the new non-profit and for-profit entities now tasked with operating many of the former DCEH schools.

A federal judge in Cleveland placed DCEH in receivership this afternoon, after a Florida lead generation company, Digital Media Solutions (which describes itself as having been “founded by a team of lifelong athletes”), today sued DCEH, claiming the school operator owed it $252,737 and asked for a receiver, and DCEH, in an almost certainly coordinated move, immediately filed a response agreeing that a receiver was needed.

In its court filings DCEH once again blames EDMC, the for-profit company that sold it the schools, for the chaos that has ensued.

Within 60 days of the final closing and after completing the opening balance sheet audits DCEH discovered that the actual revenues fell far short of the projections provided by EDMC, in an amount in the tens of millions of dollars, while overhead fixed costs were significantly in excess of the EDMC’s representations. DCEH’s efforts to instill best practices organization wide and reduce enormous corporate inefficiencies clearly would not be enough to balance what was now projected to be a substantial operating deficit. DCEH determined that the decline in enrollment and revenue was the result of minimal new program development, vastly reduced marketing efforts prior to sale by EDMC, a gap between curricula and employable skills for a number of programs, and the lack of capital investment in facilities and technology. Those issues exacerbated a disengagement from the local communities. The Universities’ high fixed expenses, principally driven by large leased facilities, caused additional stress by limiting the organizations’ ability to reduce the cost base in line with revenue. Absent some sort of cure, DCEH forecasted an inability to meet all of its financial obligations by December of 2018.

DCEH’s financial woes have resulted in it defaulting on its financial commitments across the country, including sums due a number of landlords, who have started eviction proceedings. The impending cascade of creditor litigation will result in the loss of the schools’ accreditations and their ability to receive Title IV funding. Since DCEH and its schools (collectively the “Universities”) rely almost exclusively on tuition payments, and since a majority of those payments come through federal student loans, the loss of the Title IV funding will force the Universities to close without delay. Closing the schools immediately will destroy the enterprise value, leaving little money for DMS and DCEH’s other creditors.

Under federal law, a bankruptcy filing would end DCEH’s eligibility for federal student grants and loans. By contrast, receivership will keep the taxpayer dollars flowing into DCEH schools.

The filing also reveals the name of an additional possible buyer for some of the DCEH schools:

Closing the schools immediately will also keep DCEH from selling the Argosy Universities, and perhaps SUO, to an interested buyer: Eastern Gateway Community College “EGCC.” DCEH has been in active negotiations to sell Argosy to EGCC, an Ohio state institution that wants to use Argosy’s facilities to provide career training services to the thousands of workers displaced by GM’s closing of its Lordstown, Ohio plant. The Ohio administration officials have made clear, however, that the State will proceed with a purchase only through the mechanism of a receivership, whereby the State will buy the asset free and clear of all claims and liens.

As the next phase of our transformation plan, DCEH and Argosy University are entering into federal receivership. Federal receivership protects the listed institutions allowing them to continue operations while the legacy leases, contracts, and claims from the EDMC bankruptcy are dealt with by a seasoned court-appointed receiver with higher education experience. Entering into receivership will also provide DCEH and Argosy the opportunity to work with new financial partners who will be assisting with restructuring the vast amount of debt and overhead we inherited when we acquired the school systems from EDMC in October 2017.

UPDATE 01-19-19 9:20 am:  Friday night, Education Principle Foundation issued a press release providing little information about the foundation other than a vague mission statement. In contrast to an email that DCEH sent to staff on Monday announcing the restructuring, the press release indicates that EPF has acquired some, not all, Art Institutes schools, with the possibility of acquiring more later. The release adds: “The Foundation, unlike DCEH, is not a servicing organization. The Foundation will not be involved in the operations of The Arts Institutes or South University.” DCEH and the Art Institutes have written to staff that a for-profit company, Studio Enterprise, will provide “non-academic services” to the schools through a “standard managed services agreement.” Saturday morning I emailed Robin Von Bokhorst, the contact person on the press release, seeking information about EPF.

UPDATE 01-20-19: On Saturday, the accreditor WASC issued an order directing Argosy University to show cause why its accreditation should not be withdrawn within a year. WASC cited DCEH’s filing for receivership and also that WASC “has also received information from the Department of Education that Argosy University has been placed on Heightened Cash Monitoring 2, the Department’s reimbursement method of payment.” The latter development, if true, means the DeVos Department of Education has slowed its payment of taxpayer dollars to Argosy, a challenging position for many career schools, which, despite charging high tuition prices, often live federal-paycheck-to-paycheck because of big spending on marketing, lawyers, and executive salaries.