Did Rupert Murdoch’s News Corp Use The Chamber Of Commerce To Lobby Against The Foreign Corrupt Practices Act?

posted at 1:40 pm by Suzanne Merkelson 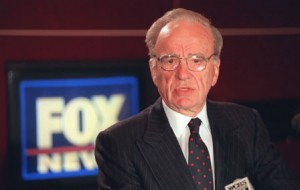 Rupert Murdoch is “not a fit person” to run an international company, according to a report by a British parliamentary committee looking into phone hacking and other alleged abuses at News Corp. Critics have targeted British politicians including Prime Minster David Cameron for their ties to News Corp and its executives.

But News Corp’s political and legal problems go beyond the Union Jack’s reach. Here, in the United States, Rupert Murdoch’s conglomerate owns Fox News and the Wall Street Journal and is a big player in the Washington influence business. The corporation’s political action committee and employees are big donors to U.S. politicians, giving $1.1 million in the 2008 cycle — interestingly, for the company associated with Fox News, mostly to Democrats. The corporation maintains a big lobbying arm in Washington, with lobbying expenditures increasingly steadily each year, peaking at $7 million last year.

Like in Britain, News Corp’s role in American politics is quite complicated. The company is currently under investigation by the FBI for violating the Foreign Corrupt Practices Act (FCPA), the anti-bribery law also imperiling Wal-Mart in recent days. News Corp, registered in New York, might have violated the law, which bans corrupt payments to foreign officials including police.

My colleague Zaid Jilani reported last week that Wal-Mart and five other major corporations have all lobbied to weaken the FCPA, typically by working with conservative lobby groups like the U.S. Chamber of Commerce:

The Chamber of Commerce made a major push in late 2010 to severely curtail the power of the FCPA. One of the revisions the business lobby wanted was to limit a parent company’s civil liability for the acts of a subsidiary. This lobbying also came shortly after it was revealed that the Chamber had been getting foreign funding from overseas corporations.

A few months before the Chamber released its six-point plan to weaken the FCPA, News Corp gave it a donation of $1 million. According to The Guardian, the Chamber “dismissed the suggestions of a link between its campaign and the News of the World scandal as ‘preposterous’ and ‘completely false.'”

You have to wonder what “not a fit” chairman Murdoch wanted out of his company’s donation to the Chamber.