Beyond Wal-Mart: Five Other Corporations That Bribed Officials Then Lobbied Against Anti-Bribery Laws 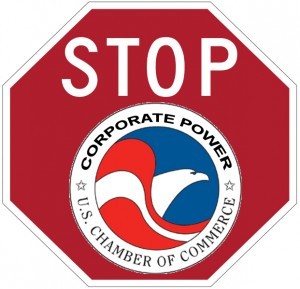 Imagine if the next time you were caught speeding, you decided to finance an elaborate lobbying operation to change the speed limit and weaken laws against driving too fast on public roads. You probably find that to be a silly hypothetical, but for some big corporations it’s standard operating procedure.

All eyes are on Wal-Mart after it was exposed that its Mexican subsidiary spent at least $24 million bribing Mexican officials while its parent company moved to cover it all up. Soon after this happened, powerful corporate front groups like the U.S. Chamber of Commerce and the Retail Industry Leaders Association, of which Wal-Mart is a member, lobbied to weaken the Foreign Corrupt Practices Act (FCPA), which is used to punish bribery. (Wal-Mart says it “never lobbied on [the FCPA]. Simply because Wal-Mart is a member of an organization does not mean we agree with every position they take.”)

But Wal-Mart isn’t the only corporation that has been involved in major foreign bribery schemes while lending its funding and prestige to front groups working to undermine bribery laws. Here’s a rundown of other corporations that have been caught in huge bribes while maintaining membership in the U.S. Chamber of Commerce, which is trying to gut the FCPA:

– Shell: Petroleum giant Shell is a dues-paying member of the Chamber that refused to quit the organization despite its climate change denialism in 2009 . The company had a settlement with the Department of Justice  and SEC over an FCPA violation related to bribing Nigerian officials in 2010. It paid $30 million.

– Halliburton: Halliburton, a proud member of the U.S. Chamber of Commerce, had a record-breaking settlement with the SEC in 2009, paying $800 million for an FCPA violation related to bribery in Nigeria.

– General Electric: Chamber member General Electric (GE), while denouncing its climate change denialism, also refused to quit the organization over it. GE settled with the SEC with a $23 million settlement in 2010 for FCPA violations related to the Iraqi oil-for-food scandal.

– IBM: Chamber member IBM paid $10 million in a settlement to the SEC in 2011 after it admitted “making improper cash payments to government officials in South Korea and China.”

These are just a few examples of corporate members of the U.S. Chamber of Commerce business lobby that has been trying to scale back the FCPA. As you can see, all of these companies joined Wal-Mart in simultaneously bribing foreign officials while supporting an organization that worked to undermine anti-bribery laws.