If that’s so, Donald Trump may be in real trouble.

A new report [PDF] released by Representative Jackie Speier (D-CA) collects the available evidence that Trump’s real estate deals — many of them involving known criminals and associates of Vladimir Putin — may have violated money laundering and racketeering laws. Meanwhile, Representative Adam Schiff (D-CA) says that the recently released testimony before the House Intelligence Committee of Fusion GPS founder Glenn Simpson, whose firm commissioned the 2017 Trump-Russia dossier, “reveal serious allegations that the Trump Organization may have engaged in money laundering with Russian nationals.”

These shady Trump Tower deals may be critical in understanding Trump’s Russia ties and Russia’s efforts to help Trump’s 2016 campaign.

Our infographic gives you a taste of the corruption inside Trump’s Towers. You also can watch our video. 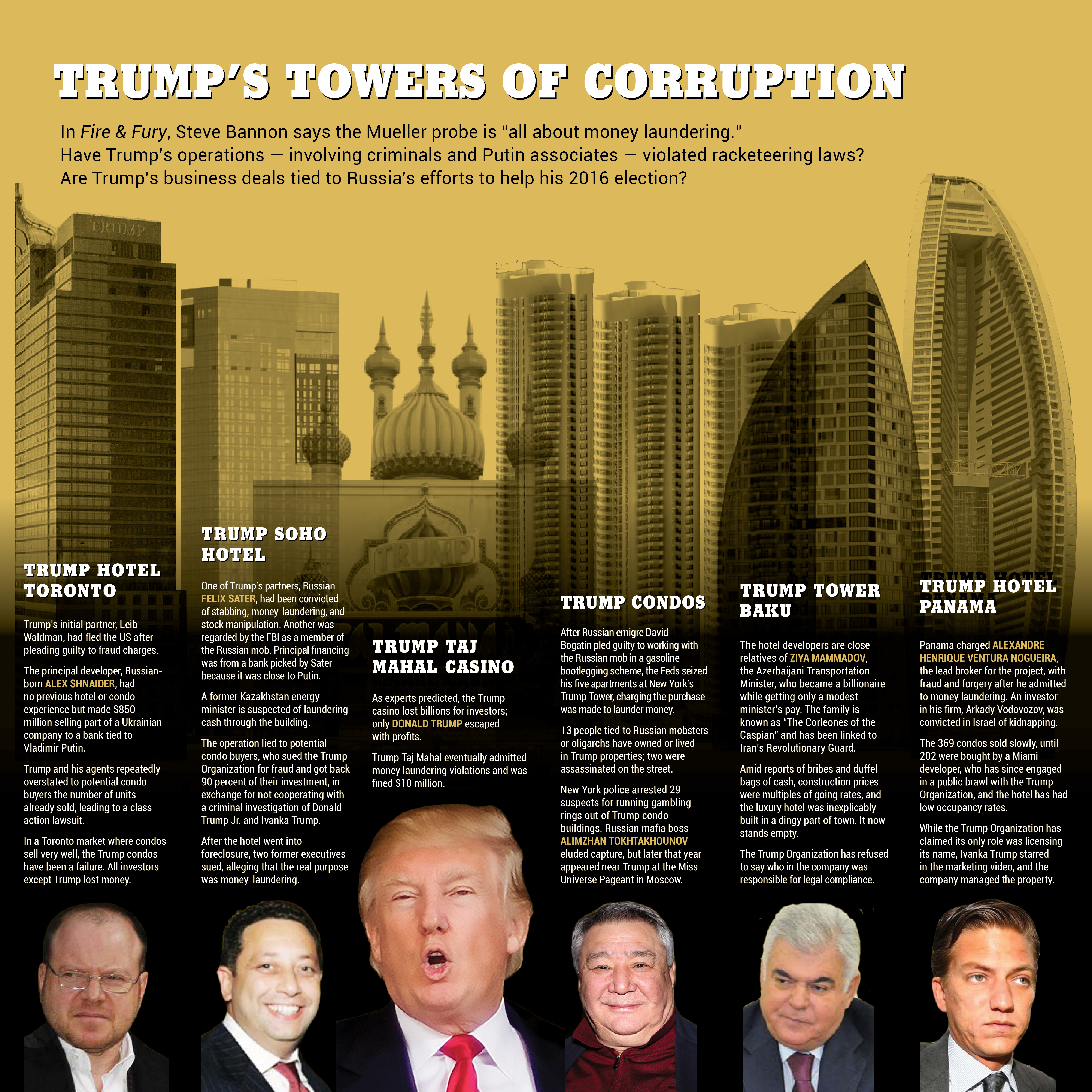 Infographic from Republic Report. You also may view the napkin prototype.

And watch our video: