posted at 4:43 pm by David Halperin 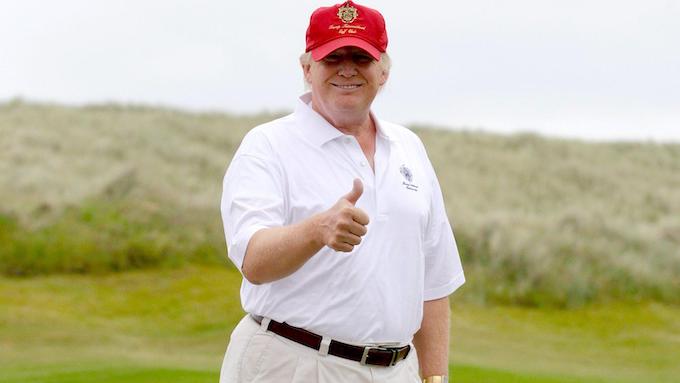 Newly-obtained government records show that Donald Trump’s company has charged the U.S. Secret Service at least $628,000 for rooms, at rates as high as $650 per night, at his Florida and New Jersey properties since 2017.  Secret Service personnel have used taxpayer money to stay at Trump’s Mar-a-Lago and Bedminster resorts in connection with Trump’s frequent visits there.

The Washington Post, which already had obtained and written about some of the records, received a new tranche from the group Public Citizen (where I am a board member), which has persistently pursued the records under the Freedom of Information Act since January 2017.

The total charges, from inauguration day through Trump’s stay at Mar-a-Lago this very weekend, are now likely much higher, because the government has refused to disclose more recent records. Plus, many other government employees, beyond the Secret Service, accompany Trump on these trips, and others may be staying at his properties at taxpayer expense.

No law bars Trump from visiting his own properties to take breaks from working as president. It obviously makes sense for Secret Service to stay overnight on the grounds when Trump is there. And the law does not prohibit him from charging the Service or other government employees for the rooms. But, three things.

First, Trump, who promised voters in 2016 that he wouldn’t have time to play golf or even leave the White House because he would be so busy being president, has visited his resort properties an insane amount of his presidency — nearly one-third of his days in office. And while a president is certainly entitled to some time away, there is an available presidential retreat that taxpayers already own, so the costs of going there are relatively modest. It’s called Camp David, and other presidents have regularly used it.

Third, there’s deception and concealment involved. Trump’s son, Eric, who is helping to run the Trump Organization while dad is playing president, told Yahoo Finance last year, “If my father travels, they stay at our properties for free — meaning, like, cost for housekeeping…. So everywhere that he goes, if he stays at one of his places, the government actually spends, meaning it saves a fortune because if they were to go to a hotel across the street, they’d be charging them $500 a night, whereas, you know we charge them, like $50.”

Eric’s statement, clearly, turned out to be false. And the government has aggressively fought Public Citizen’s efforts to obtain the documents and disclose the truth.

A company owned by the U.S. president forcing the government to pay for rooms in resorts the company owns in connection with constant, unnecessary presidential visits; overcharging the government for those rooms; lying to the public about the rates being charged; and then standing by while the government conceals the facts. It all adds up to one conclusion: This is an extraordinarily corrupt arrangement. The president is making government decisions that make big money for the business he owns and his sons operate, and covering it up.

This kind of blatant corruption damages the integrity of our system. It also sets a horrible example for the rest of the world, after the U.S. had long been a leader in combatting corruption overseas.

It all was to be expected from Donald Trump, whose long career has been one of a con man who deceived consumers, evaded debts from banks and contractors, and engaged in tax fraud.

The same Donald Trump who has long complained about the federal law that prohibits U.S. businesses from bribing foreign officials.

The same Donald Trump who allowed his administration to announce that the June 2020 G-7 economic summit would be held, and foreign governments would be charged to stay, at another Trump property, the starved-for-business, sweltering-in-the-summer Trump National in Doral, Florida — a decision that was cancelled only after public outcry, and presumably after some foreign leaders told Trump officials that they wouldn’t be party to such a blatant heist.

And the same Donald Trump who tried to use the levers of government to pressure Ukraine to announce a bogus investigation of Joe Biden, the person Trump seemed to fear most as his 2020 rival. When U.S. official Kurt Volker, in keeping with long-standing U.S. anti-corruption policy, sought to warn an aide to Ukrainian President Zelensky against investigating the previous Ukrainian president, a Zelensky rival, the aide retorted, “What, you mean like asking us to investigate Clinton and Biden?” Again, Trump’s blatant corruption promotes corruption all over the world.

If Trump loses the 2020 election, there’s a decent chance he will claim the vote is rigged and try to lock himself down in the White House. He might try to rally the MAGA faithful, in and out of government, maybe to the brink of a civil war, but in the end he might be looking for incentives to leave.  One might be a commitment from federal and state law enforcement that they won’t come after him with criminal and civil claims.

Mo Ibrahim, a Sudanese billionaire business executive and philanthropist, endowed the Ibrahim Prize for Achievement in African Leadership, awarded annually to a former African head of state or head of government. The prize is officially for exceptional leadership, but it also is aimed at “ensur[ing] that the African continent continues to benefit from the experience and wisdom of exceptional leaders once they have left national office, by enabling them to continue in other public roles on the continent,” and it comes with an unprecedented cash bounty: $5 million up front, plus $200,000 a year for life. There are some who believe that the cash is useful in encouraging African leaders to step down rather than seeking to rule for decades or life, consolidating too much power and losing touch with their missions.

It might be time to establish a similar award here, and I have a thought about where we can get the money.  We can call it the Bloomberg Prize.