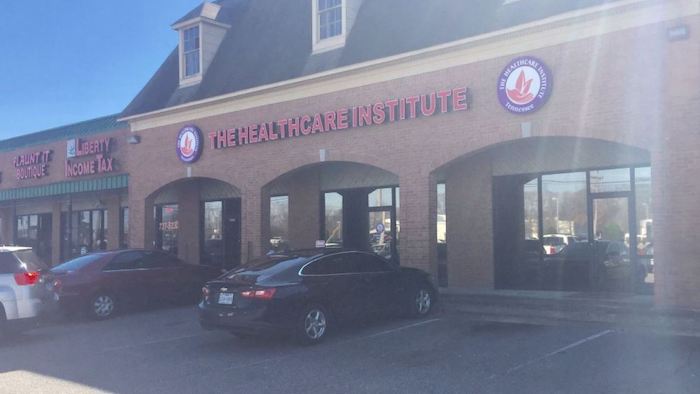 Students told TV channel FOX13 that agents asked them if they were receiving grants to attend the program, and how much the programs cost. Some students praised the school’s programs; some, understandably, expressed concerns about their futures.

The FBI did not comment to media outlets other than confirming that the raid had occurred. Robinson’s press secretary released a statement Friday saying her office had been “made aware of the investigation and … received no indication that it relates to the legislature or her legislative service.” Lawyer Edward L. Stanton III said he had been “retained by Senator Robinson in connection with today’s events.”

Robinson posted on Instagram Saturday about appearing as the keynote speaker at a “Mastering Entrepreneurship conference.”

According to its website, the Healthcare Institute was founded by Robinson in 2015 and offers programs in practical nursing (LPN) and nurse assisting. According to her LinkedIn page, Robinson previously worked as a registered nurse.

The school’s website indicates that the school received $1.6 million from the U.S. Department of Health and Human Services for student scholarships. It also states that students may be eligible for veterans benefits, and the organization Veterans Education Success tweeted documentation that the VA has approved the school for those benefits.

The school website also declares that the Healthcare Institute “is applying to become a candidate for accreditation with the Commission of the Council on Occupational Education” (COE). Approval by an accreditor that is, like  COE, recognized by the U.S. Department of Education, makes a school eligible for federal Title IV student grants and loans provided by the Department. Last year, Robinson told a reporter that the school was seeking Title IV eligibility.

In recent years, dozens of for-profit colleges have been investigated and taken to court by federal and state law enforcement agencies for deceptive recruiting, financial fraud, and other abuses. Numerous schools have paid major fines or restitution to settle law enforcement claims, and executives from some schools have been convicted of crimes and sent to prison. But the U.S. Department of Education, under Trump secretary Betsy DeVos, has weakened accountability and enforcement of for-profit college misconduct.