posted at 6:17 am by David Halperin 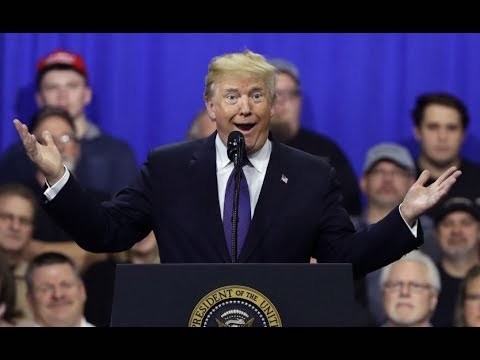 Someday we’ll look back on this and it will all seem funny, as someone once said. But now we’re mad, the Kochs are glad, and the tax cut for the rich means we don’t have any money. Which is awful.

Don Jr. tweeted that the Nunes memo “was good enough to fire McCabe.” Yeah, but no one in the government said FBI Deputy Director McCabe was fired. And they say Eric is the stupid one.

Put in charge by Trump of the Consumer Financial Protection Bureau, former congressman Mulvaney is dismantling the agency, including destroying its rule to hold accountable the predatory payday lenders who have contributed big money to GOP campaigns, including his own.

As her aides worked this week to cynically trash the Obama-era rules to protect students and taxpayers from predatory for-profit colleges, they also, citing weather, delayed until late Wednesday morning a meeting about the rules that included student advocates. It turned out that the meeting delay kept those student advocates away from a potential encounter with DeVos, who was making a rare appearance in the building. DeVos reportedly spends a lot of her time at her grand homes in Michigan and Florida.

Shifting from his usual tack of questioning whether climate change is happening, Pruitt told a TV interviewer that it was “arrogant” to contend that global warming “necessarily is a bad thing.” Pruitt got much closer to the truth in a 2016 radio interview, revealed this week, in which he expressed the view that “Donald Trump in the White House would be more abusive to the Constitution than Barack Obama — and that’s saying a lot” and agreed with the host’s descriptions of Trump as “dangerous” and “a bully.” But, when confronted with the interview transcript by Senator Sheldon Whitehouse (D-RI), Pruitt pretended he didn’t remember saying that and then issued statements sucking up to Trump. Pruitt would get props for posing with some cannabis farmers, but his office later tried to erase that image.

His abuse of his role as chairman of the House Intelligence Committee to create disinformation aimed at undermining the Mueller probe is ugly, dangerous, absolutely shameful.

The bigoted Kelly called the Dreamers “lazy.” The man who said last fall from the White House podium “when I was a kid growing up, … women were sacred, looked upon with great honor,” harbored domestic abuser Rob Porter, who couldn’t get a security clearance, as a key aide, and publicly defended him in the face of strong evidence.

Trump called Democrats “un-American” and “treasonous” for not clapping enough for him during the State of the Union. Meanwhile, the Trump 2020 campaign had a fundraising pitch offering donors who gave at least $35 the honor of having their names flashed on-screen as the speech streamed online.

As Congress worked toward a budget deal, Trump said that he’d “love” a government shutdown.

Trump has ordered the Pentagon chiefs to plan a hardware-laden military parade down Pennsylvania Avenue, when they have more important, and less authoritarian, things to do.

In his ongoing efforts to obstruct the Mueller probe, Trump: falsely claimed that the ridiculous Nunes memo vindicated him; reportedly asked Deputy AG Rod Rosenstein, during a discussion in December about the memo, if he was “on my team”; continued his absurd and disgraceful attacks on the FBI and his endless harping on gossipy texts between two FBI officials; and again claimed that he’s 100% ready to testify under oath to Mueller while letting his lawyers resist efforts to set up a meeting.

Obstruction is not the only area of legal jeopardy for Trump. Michael Wolff’s Fire & Fury quotes Steve Bannon as saying that Robert Mueller’s investigation is “all about money laundering.” A new report [PDF] released by Representative Jackie Speier (D-CA) collects the available evidence that Trump’s real estate deals — many of them involving known criminals and associates of Vladimir Putin — may have violated money laundering and racketeering laws. See our infographic summarizing the evidence.