If We Took Corporate Crime Seriously, Trump Would Never Have Been Elected

posted at 2:46 pm by David Halperin 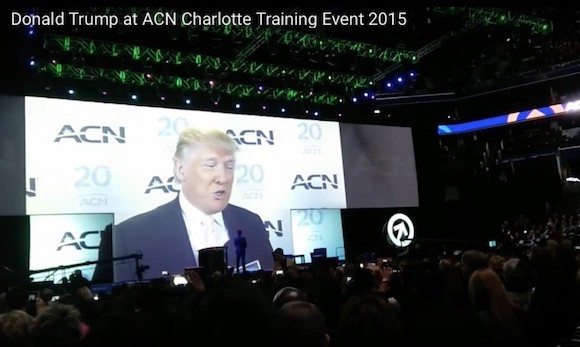 The news today that the Donald J. Trump Foundation has agreed to shut down, in the face of allegations by New York’s attorney general of “a shocking pattern of illegality,” is only the latest indication that, before he entered the White House, before Russia’s interference in the 2016 election, and before the recent criminal convictions of close Trump associates Michael Cohen, Michael Flynn, and Paul Manafort, Donald Trump already lived a life fueled by fraud and criminal behavior.

Indeed, Donald Trump is president only because of our law enforcement agencies’ collective tolerance for blatant white collar crime. In a society where law enforcement addressed corporate crime appropriately, Trump would have been convicted of multiple offenses long before he was elected president.

Since Trump launched his run for the White House in 2015, and through two tumultuous years in the White House, powerful evidence has emerged regarding money laundering and deceptive sales practices at Trump-branded properties, deceptive student recruiting at Trump University, fraudulent Trump-endorsed business opportunity schemes, and major, systematic tax fraud by Trump family enterprises, as well as misuse of funds at the Trump Foundation and other potential criminal offenses — all of these before the alleged campaign finance violations, improper campaign dealings with Russians, and signs of obstruction of justice that have emerged with the current Mueller and related federal probes. [UPDATE 03-18-19: Also, apparent bank fraud.]

The Trump Foundation is just one galling example. Donors gave tax-deductible contributions to what was supposed to be a charity, but, even before the alleged use of the foundation’s funds to assist Trump’s presidential campaign, Trump foundation money was spent for Trump’s personal and corporate expenses — $258,000 to settle lawsuits involving Trump’s businesses, $12,000 to buy an autographed Tim Tebow football helmet, $30,000 to buy two paintings of Donald Trump, one later displayed at a Trump golf club. A $7 foundation donation from the Trump foundation to the Boy Scouts, in 1989, matched the amount it would have cost to register 11-year-old Donald Trump, Jr., as a scout that year.

Another $25,000 from the Trump foundation was unlawfully funneled to the political campaign of Florida attorney general Pamela Bondi (R), whose office later declined to investigate Trump University; the Trump foundation listed the donation in its IRS filing as a gift to a Kansas anti-abortion group with a name similar to Bondi’s re-election effort. The Trump foundation’s biggest gift — $264,000 — went to the Central Park Conservancy in 1989, but even that money was directed to the restoration of a fountain outside the Trump Plaza Hotel.

Yet although Trump has faced numerous lawsuits over his business practices, neither he nor his businesses have been charged with crimes. Donald Trump’s shady business record should have led to criminal investigations and potentially indictments and convictions. Such developments would have made it unlikely that Trump would have been a presidential candidate, or at least a victorious candidate, in 2016. He might instead have been behind bars.

But Trump’s grotesque, erratic, weak, harmful presidency is just the most egregious consequence of the failure of our federal and state law enforcement agencies to stand up to the challenge of corporate crime. Way too often, major corporate offenses are not detected by law enforcement, or not pursued if they are detected, or dropped, sometimes under pressure from connected lawyers, if they are pursued, or end in slaps on the wrist if they aren’t dropped.

Because authorities have been weak on corporate crime, Wall Street and real estate scammers fleeced home owners across America and we faced a grave mortgage-fueled financial crisis at the end of the last decade; and because there were virtually no prosecutions for these offenses, the risks remain. Because authorities have been weak on corporate crime, banks have been able to engage in relentless scams that separate unwitting customers from their hard-earned money, automakers have repeatedly cut corners on critical safety requirements, and hazardous chemical plants threaten our communities.

I hope that among the many lessons our nation learns from the disastrous Trump presidency is an awareness that blatant criminality permeates our ruling classes — and that corporate crime has tremendous costs: unfair business advantages for bad actors over honest businesses; immense financial harm to consumers; the risk of severe danger to our citizens and our very way of life.