After Comey: How To Be a Patriotic Insider 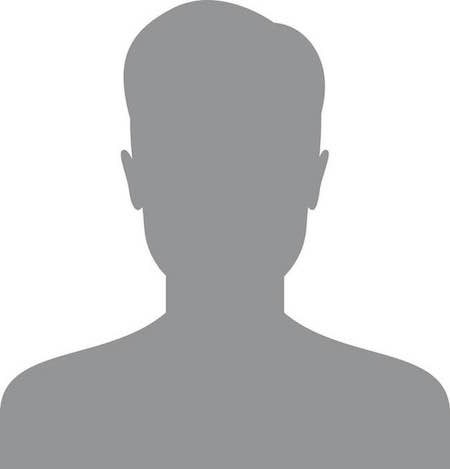 With unprecedented secrecy and increasingly disturbing acts inside the Trump administration, how can federal employees expose the truth?

On April 27, Donald Trump signed an executive order creating within the Department of Veterans Affairs a new office charged with protecting whistleblowers, that is, Department staff who want to report wrongdoing inside the VA.  The administration trumpeted this step, and, if properly implemented, it could be useful.

Unfortunately, almost everything else that President Trump and his team has done regarding government integrity and openness has gone in the opposite direction — with crackdowns on internal dissent and weakening of open government and ethical standards. Under Trump, career officials have been cautioned not to speak out, agencies have gone on the hunt for dissenters, Freedom of Information requests have been stalled, White House visitor logs have been hidden, records regarding resigned national security Michael Flynn have been withheld from Congress, conflict of interest standards, starting with Trump himself, have been gutted, and agencies have concealed circumstances where even those weaker conflict rules have been waived.

Trump’s disturbing dismissal last night of FBI director James Comey, the man directing the investigation of ties between the Trump campaign and Russia, heightens concerns that Trump and his team are concealing abuses and seeking to act with impunity.

In recent months, my colleagues and I have heard from numerous career federal government employees who allege growing misconduct, and radical abandonment of long-standing policies, inside their agencies since Trump’s inauguration. They feel a responsibility to speak out.

If you are one such insider, with a patriotic determination to expose abuses or violations of law inside your federal agency, and want know how you can do that, here are some things to consider. (To be clear: I’m not your lawyer, and I’m not providing you with legal advice – only some basic background information.)

1. Consider whether the public will benefit if the concealed information is exposed. It seems clear — from the Trump family’s blatant disregard for conflicts of interest regarding their business dealings, to deceptions by senior officials like Michael Flynn and Jeff Sessions regarding interactions with Russian officials, to EPA head Scott Pruitt’s slippery explanations of his emails with energy lobbyists, and now, the Comey firing — that the Trump administration is engaged in troubling behavior, some of it hidden from public view. You might decide that you want to blow the whistle on serious misconduct.

You might also think it appropriate to expose behind-the-scenes efforts to change long-standing policy positions, whether the issue is environmental protection, or civil rights, or something else. Some will argue that such leaking of policy matters is heroic — trying to alert the public to impending changes so they can register their opposition before it’s too late. Others will say that exposing such developments is not patriotic sounding of the alarm, but instead disloyal leaking. You have to decide that for yourself, based on the circumstances and your values.

One thing you surely want to guard against is leaking based not on principle and patriotism but rather on a personal beef with supervisors or a visceral dislike of the incumbent administration. If your motive really falls in the latter category, you might well regret your actions.

2. Know your legal obligations and risks. You will want to know whether sharing particular information might violate the law, and what the penalties for such violations might be. For starters, it’s not only against the law for government employees entrusted with classified information to disclose such information; federal law also prohibits government employees from disclosing some other — but not all — categories of information, such as certain kinds of confidential business information.

If you’ve been a government employee, particularly in the national security area, or a private contractor working for the government, you also may have signed a non-disclosure agreement committing you to keep some matters secret. As a candidate, Trump said he wanted to make all federal employees sign non-disclosure agreements, as he required of his business employees. Fortunately, though, that hasn’t happened yet, and such an effort would fly in the face of the acknowledged First Amendment free speech rights of federal workers.

You should consider consulting a lawyer as to legal standards and risks; lawyers themselves have an obligation to keep such discussions secret (and they almost always do).

3. Decide if you want to disclose your identity. This is a big decision. Here’s the trade-off: A person who stands behind the exposed information provides more moral authority and credibility to the revelations. But there are advantages to staying anonymous: When you expose yourself, you can risk your job, harassment at the office and on the Internet, and, potentially, legal consequences.

4. Check yourself. There’s one more thing to consider: Anonymous or not, are you prepared for the challenges of being a patriotic insider? Is your family ready?  Do you have skeletons in your own closet that you don’t want exposed in the heat of battle? And, importantly, do you have, and have you secured, documents that will corroborate your account of official wrongdoing, or colleagues who would back you up?

5. Decide how to expose the information. If, having weighed the pros and cons, you decide to go forward, you have several options.

First, if you’re informing about waste, fraud, abuse, or crimes or other misconduct in your agency, you can go to the authorities: your agency’s inspector general, who is a quasi-independent official charged with rooting out wrongdoing, or to the U.S. Justice Department. This is a by-the-book way to inform about abuses. Indeed a law prescribing federal employees’ “basic obligations of public service” includes this duty: “Employees shall disclose waste, fraud, abuse, and corruption to appropriate authorities.”

Going through official channels can sometimes achieve results. But that doesn’t mean there are no risks. Even though federal workers have legal protections against getting fired or retaliated against at work for going to authorities, in reality agency officials and coworkers could soon learn of your complaint, and you could be ostracized or pushed out by people unhappy that you blew the whistle. And it can be tough to win legal battles claiming you were punished for being a whistleblower.

Another approach is to submit an anonymous complaint to your IG or law enforcement. But, of course, then they can’t follow up with you for more information and evidence.

You also could choose to provide the information to a Member of Congress, anonymously or otherwise. The federal Lloyd- La Follette Act protects the right of federal employees “to furnish information to either House of Congress, or to a committee or Member thereof.”

Second, again if your subject is waste, fraud, or other misconduct, especially if it involves abuses by outside federal contractors, you can hire a lawyer and consider filing a case under the federal False Claims Act, which is aimed at recovering money when taxpayers are defrauded. Such a case can take a long time, and can keep the bad behavior under wraps while the Justice Department decides whether to join the case with you. Also, eventually your identity must be exposed, so you face the risk of retaliation down the road. However, if you win or settle your lawsuit, the wrongdoer pays a financial price, sometimes even in the tens or hundreds of millions of dollars, and you get a share of the recovery.

Finally, you can go to a media outlet or policy organization and expose the information through your own essay or by sharing your account with a reporter. If you chose this path, you need to make a clear deal with the reporter or organization about how your information will be presented — will you be named, will you be identified as an unnamed employee in your agency, or just a government employee, or will the reporter have to confirm your information without citing you in any way? Most reporters will honor these agreements, but be specific about what you’re requesting, and be careful.

Another approach is to seek to remain anonymous, even to the reporter. Setups like SecureDrop allow media organizations to securely accept documents from anonymous sources and to communicate back and forth with such sources without the source exposing their identity. A wide range of media and non-profit organizations, including The New York Times, Washington Post, Pro Publica, The New Yorker, The Intercept, the Project on Government Oversight, and the Committee to Protect Journalists, use SecureDrop. Setting up SecureDrop can be complicated for a potential source, as well as for receiving organizations, but if you’re determined to provide information anonymously, you can figure it out.

Computer and phone applications like Signal that encrypt messages against electronic snooping are another, easier-to-use option, but, unlike with SecureDrop, the recipient will know who you are. Another option is to create a new, anonymous email address, and use the untraceable Tor web browser and encryption software to email your chosen outlet, as the non-profit Climate Investigations Center suggests.

Finally, you can go low-tech: Prepare a package of information, address to a chosen reporter, omit your return address or anything that can be traced back to you, add postage, head to an out-of-the-way mailbox, and drop. I’ve received a dozen or so interesting packages of this kind in recent years. There will be no way for the media outlet to ask followup questions or share info back with you, but at least your information is likely to reach them.

However you decide to transmit the information, you can take steps to prevent anyone from tracing the leak back to you. If you were one of the few people with access to particular documents, your bosses may quickly suspect you, so you might reconsider sending. If you transmit the documents electronically, you can remove personal identifying information or metadata that could reveal your identity.

Keep in mind that no anonymous system is 100% safe. But these steps can help protect your identity.

There will be risks to any effort to come forward, but there also could be tremendous value: With President Trump every day demonstrating contempt for basic principles of democracy and accountability, patriotic insiders may be critical to protecting our nation.

David Halperin is a Washington DC lawyer who previously worked on the staffs of the National Security Council and the Senate Intelligence Committee. This article also appears on Huffington Post.