Sessions Leads The Pack, But At Least 6 Trump Cabinet Members Gave False Statements to the Senate

posted at 8:20 pm by David Halperin 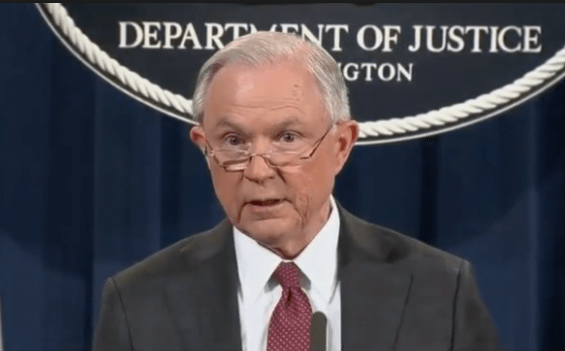 Attorney General Jeff Sessions provided a false statement in his confirmation hearing when Senator Al Franken (D-MN) asked him about possible “evidence that anyone affiliated with the Trump campaign communicated with the Russian government in the course of this campaign,” and Sessions replied, “I’m not aware of any of those activities. I have been called a surrogate at a time or two in that campaign and I didn’t have — did not have communications with the Russians, and I’m unable to comment on it.” In fact, as the Washington Post first reported, Sessions, a formally-designated advisor to the Trump campaign, had two discussions with Russian Ambassador Sergey Kislyak, including a meeting in Sessions’ Senate office in September.

Sessions’ false testimony is particularly troubling because (1) it relates to the most serious concerns about wrongdoing involving Donald Trump and his subordinates, i.e. whether there was any understanding or cooperation between the Trump camp and Russian officials prior to the election; and (2) Sessions, as Attorney General, has been the person in charge of investigating misconduct by Trump officials. Worse, Sessions’ effort to explain his conduct at his press conference Thursday was wholly unconvincing, especially his claim that he had just that day concluded meetings at Justice on whether he should recuse himself from the Russia probe. He finished those meetings on the very morning after the story had blown up in the media, and after even many Republicans began calling for his recusal from the investigation. Just a remarkable coincidence.

But while Sessions’ conduct is inexcusable, it’s worth noting that it is part of a pattern among top Trump officials. A President who utters false statements on an almost daily basis has selected a cabinet of people who stretched the truth, stretched it beyond recognition, in the confirmation process.  A quick review:

Secretary of State Rex Tillerson, at his confirmation hearing, was asked by Senator Robert Menendez (D-NJ) about information that in 2014, Tillerson’s company Exxon Mobil “lobbied aggressively” against U.S. sanctions on Russia. Tillerson responded,  “I have never lobbied against sanctions personally …To my knowledge, Exxon never directly lobbied against sanctions.” In fact, federal lobbying disclosure forms  show that in 2014 and 2015, the company paid a lobbying firm $193,000 to address matters including “issues related to Russian sanctions impacting the energy sector” and another firm $120,000 to lobby on “energy sanctions in the Ukraine and Russia.” Tillerson personally also had numerous meetings in the period that President Obama was imposing the sanctions with Jeffrey Zients, director of the White House National Economic Council, and with Secretary of the Treasury Jacob Lew, whose department implemented the sanctions.

Secretary of the Treasury Steven Mnuchin was asked, in a written question following his hearing, by Senator Bob Casey (D-PA), if OneWest bank, while Mnuchin served as CEO, engaged in robo-signing of documents, an illegal practice that often has preceded questionable home foreclosures. Mnuchin replied, “OneWest Bank did not ‘robo-sign’ documents.” In fact, voluminous court records show that OneWest did indeed engage in robo-signing, as well as other abusive practices.

Secretary of Health and Human Services Tom Price testified at his Senate hearing that a deal he received to purchase stock at a discounted price in an Australian biotechnology company, Innate Immunotherapeutics Ltd, in 2016  was“available to every single individual that was an investor at the time.” In fact, Price was one of fewer than 20 U.S. investors invited to buy shares at the discount; Price, then a congressman representing Georgia, was offered the opportunity by fellow congressman Chris Collins (R-NY), a director of the company and owner of a 17 percent stake. At the time of the hearing, Price already was facing questions about his stake in Innate, because he had bought shares just days before introducing legislation that would have benefited the company.

Secretary of Education Betsy DeVos, at her hearing, was asked by Senator Maggie Hassan (D-NH) if she served on the board of her mother’s charitable entity, the Prince Foundation, during the time when it made large grants to organizations that opposed LGBT rights. DeVos said that she was not on the foundation’s board.  In fact, Internal Revenue Service filings by the foundation list DeVos as vice president of the foundation’s board in the period when it was making those donations; she was listed as vice president for thirteen years. Confronted with the forms later in the hearing, DeVos said her being listed “was a clerical error.” After the hearing, a family spokesman blamed a rogue foundation employee.

Environmental Protection Agency Administrator Scott Pruitt was asked by Sen. Cory Booker (D-NJ), in a written follow-up question after his confirmation hearing, “Have you ever conducted business using your personal email accounts, nonofficial Oklahoma Attorney General email accounts, text messages, instant messenger, voicemails, or any other medium?” Pruitt replied, “I use only my official OAG [Office of the Attorney General] email address and government issued phone to conduct official business.”  In fact, several of Pruitt’s official emails as Oklahoma attorney general, including messages involving fossil fuel lobby groups, were copied to his personal email address, an Apple account. Some of these emails only saw the light of the day after an Oklahoma state judge last month ordered the attorney general’s office to release emails that the Center for Media and Democracy had been seeking for more than two years under the state’s open records law and Pruitt’s office had resisted handing over.

Some of these false statements could have been made without intent to deceive — misunderstanding, faulty recollection. But all were about serious matters of public concern, reflecting on the fitness of the nominee for office. And all of these false statements, other than Sessions’, were apparent prior to the Senate vote on the relevant nominee. The Senate confirmed every one of them.