posted at 7:02 pm by David Halperin 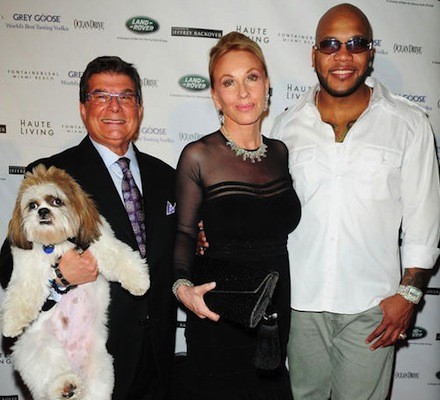 The 100-plus former students of for-profit Corinthian Colleges who have boldly asserted that they won’t pay back their student loans have garnered widespread attention and provided a powerful jolt to the debates about predatory colleges and our nation’s mounting student debt. A measure of the students’ impact is the meeting they were able to obtain last week to make their case to top officials of the U.S. Department of Education.

I hope these officials will listen — and act boldly themselves. The clock is running out on the Obama Administration’s efforts to curb the abuses of for-profit colleges, and while President Obama has shown that he clearly understands this scam and its harmful impact on students and taxpayers, other politicians, from John Boehner to Jeb Bush, have been all too ready to demonstrate their fealty to an industry that lives off taxpayer dollars and, to protect that flow of cash, floods Washington with campaign contributions.

There are wrongs to be righted. And they go way beyond Corinthian.

Corinthian, which at its peak took as much as $1.4 billion annually in taxpayer-funded student aid, has been one of the very worst actors in the for-profit college sector, with an atrocious record of misleading and overcharging students, and often failing to make them good candidates for the jobs they sought.The fact that many Corinthian students have debts they can’t afford to pay flows directly from their school’s systematic misconduct.

A group of thirteen Democratic Senators, led by Elizabeth Warren, has highlighted that the Department of Education already has legal authority to cancel federal loans where students have claims against their school. The group has called on Secretary of Education Arne Duncan to use that authority now with respect to Corinthian, whose schools have operated under the brand names Everest, Heald, and WyoTech.

A fair system would forgive the educational loans of students who were defrauded. A more difficult question is: What constitutes a defrauded student? Just those students who were directly deceived or otherwise personally abused by their school?  Or every student who attended a school that was systematically engaged in bad acts? And how to determine which schools those are?

The National Consumer Law Center has just proposed this approach:

We … urge the Department to set up a process to grant class-wide loan cancellations whenever the Department, state attorneys general or other government agencies determine that a school has committed systemic legal violations.  It should also develop a simple and non-burdensome process through which students who were deceived may seek debt relief.

This is the right thing to do, even though, given that most of the major for-profit college chains, and many smaller schools, are already under investigation by law enforcement agencies, that kind of relief will be expensive.

Government authorities should decide that it’s important to make students whole, and I hope that, in coming up with the resources to do it, they will try to track down some of the billions that have unjustly enriched predatory for-profit colleges and their top executives over the years. Much of that money has already been spent on marketing — the boiler room call centers and the torrent of TV, Internet, city bus and other ads that confront us every day — and relentless lobbying to block accountability measures. And some of the worst companies are now in rapid decline, their share prices reduced to pennies. But executives of predatory institutions — including Corinthian’s CEO, Jack Massimino, Todd Nelson, who ran the University of Phoenix and later EDMC, and CollegeAmerica‘s Carl Barney — took plenty of money out of the system.

There are some good people and programs in the for-profit college industry, but many companies have thrived by engaging in bad behavior, focused almost entirely on enrolling students and depositing their checks, rather than helping them build careers. We need new rules that will give all for-profit college operators incentives to educate students, not abuse them, and one such reform would compel schools with poor student debt records to automatically repay taxpayers for some of the defaulted or cancelled loans.

But whether or not government can recover significant funds from predatory companies and their CEOs, defrauded students need more relief right now. The Department of Education needs to transform its culture, sharing more of its information with the public, and starting to think of students, rather than school operators and their lobbyists, as its primary constituency.

The Department should start listening to students like Tiffany Ondich, a Fort Worth, Texas, mother of three sons. Last week I received some eloquent messages from Ondich. She wrote about her experience with a for-profit college called ATI, which has since been exposed in the media as an egregious fraud for deceiving students and government regulators and has been shut down by the U.S. Justice Department. Meanwhile, ATI’s CEO, Arthur Benjamin (pictured above, holding dog), has presented himself as a Voltaire-quoting humanitarian, and flaunted his wealth on the Dallas and South Florida party circuits, posing gleefully with a wide range of socialites and celebrities.

Even more shocking: While Tiffany Ondich is buried in the debt that financed her worthless ATI degree, Arthur Benjamin remains in the for-profit college business as a founder, board member, and owner of another for-profit college, American Institute, which continues to receive taxpayer funding.

After reading the article, my suspicions were confirmed that ATI is a fraudulent company and was scamming its students. I, along with my fellow classmates have been deceived by this company. Even though I was promised job placement upon graduation, I have not been able to find a career in my degree field. We were told by ATI employees that we would easily earn an annual salary of between $50,000 and $60,000. If I am ever granted an interview, which is rare, I am laughed at when they discover where I earned my degree. I now understand the reason why I have not been granted interviews, nor been able to find employment using my degree is because my degree is useless. What potential employer would want to hire a graduate from a school that knowingly falsified documents and submitted them to the federal government? ATI also assured me and my fellow classmates that our credits earned with them would be completely transferable due to their accreditation. This was again another lie among numerous lies.

I have substantial student loans that are accruing interest and are in default because of my inability to pay them due to my inability to find a job. When I enrolled at ATI all I wanted was to make a better life for me and my family and now I am further in debt and worse off from where I started. I am now financially crippled and see no way out. I am the mother of three boys and I worry about our future every day.

I realize that ATI was penalized for deceiving the government but I don’t understand why they were not held responsible for the insurmountable debt that was incurred by so many of their students due to student loans. It is my understanding that many of their executives are living very lavish lifestyles while most of their former students are living below the poverty level. This does not seem like justice to me!

I believe that ATI and other for-profit schools like them, contribute to our nation’s economic problems. They prey on lower-income Americans looking for an education to better themselves and secure the ability to take care of their families. All their students end up with is overwhelming debt but without the career they were promised to pay for this debt. I feel that ATI only received a slap on the wrist for their crimes yet their students, including myself, were swept under the rug and forgotten. I would love to be able to do something to help myself and everyone else that has been duped by ATI and to prevent anyone else from being hurt by fraudulent schools whose sole interests are the amount of money they can pocket.

I subsequently asked Tiffany what she thought about Arthur Benjamin remaining in the for-profit college business after presiding over the predatory ATI. She responded:

I had heard the executives of ATI had created other for-profit schools and the injustice of the whole thing infuriates me.

I believe allowing people like Arthur Benjamin to be a board member, an owner, or even affiliated with any federally funded proprietary for-profit school is not only a crime against our educational system but a total disgrace to our judicial system. Executives of ATI Career Training should have been held accountable and responsible for the offenses they committed against their students and the American taxpayers. The fact that these people have since gotten away with it makes me furious. Many of these executives are living very privileged lives, while most of their former students are living below the poverty level. Why didn’t the United States Department of Education force them to make amends for the insurmountable debt incurred by their students?

I may not have many resources, especially compared to the executives of the big business of for-profit career schools, but I do have a voice and I will use my voice to help expose these people and their schools for who and what they really are. Those who believe this is not a national problem need to think again! Allowing for-profit schools to continue their fraudulent behavior only contributes to the problems we have in our nation’s economy. Most students from for-profit schools pay inflated tuition and many times end up with useless degrees and overwhelming debt that puts them worse off than when they started. Many of these students inevitably default on their student loans because they were left without the careers they were promised to pay for these loans.

When an individual is looking for a school, whether they are wanting career training or a degree, wouldn’t it be safe to assume an accredited school would be a school they could trust? If not, then what good are the accrediting agencies that assure us these schools are reputable? I realize ATI and other schools like them deceived the government and the accrediting agencies, but they also deceived their students as well. Where is our justice?

Where is our justice, indeed. What kind of world allows men like ATI’s former CEO to be toasted as humanitarians, while Tiffany Ondich and others defrauded by their schools struggle to make ends meet? President Obama, Secretary Duncan, and their Department of Education need to stand up stronger for students, right now.