posted at 6:22 pm by David Halperin 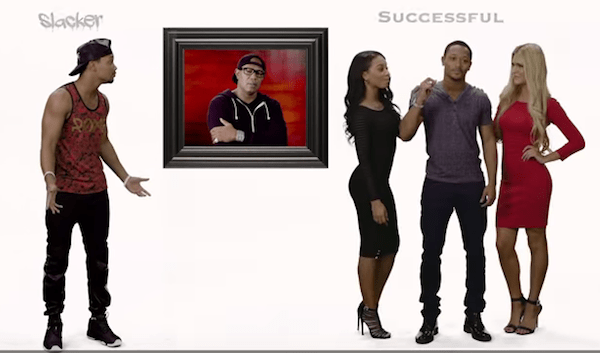 Every week there are amazing videos by and about America’s predatory for-profit colleges, which receive billions annually in taxpayer money, spend nearly a quarter of that money on advertising, deceive many students into enrolling, charge sky-high prices, have enormous dropout rates, leave even many graduates buried in debt, and use high-priced D.C. lobbyists to keep the money flowing.

But only this week is Republic Report counting down the top for-profit college videos! Here we go.

#5.  “ICDC College: Successful vs Slacker! Which one are you?”

This amazing video from ICDC College in Southern California features hip-hop semi-legends Master P and Romeo Miller trying to convince you that the school is great — “laptop is included” and, apparently, also two women. (I wanted to embed the video in this post, but ICDC College blocks that.)

A strong new investigative report on how for-profit colleges use deceptive recruiting to sell students — especially veterans — worthless degrees. Features interviews with truth-telling former DeVry University recruiter Christopher Neiweem, and with the for-profit colleges’ trade association CEO Steve Gunderson, who, as usual, boldly claims that critics of his industry are acting for “ideological” reasons. What ideology is that again? 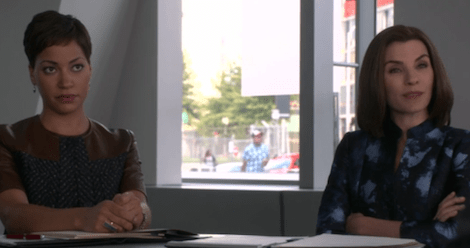 Watch the full episode of this week’s “The Good Wife” — the CBS drama offers a remarkably accurate portrayal of the challenges of students ripped off by for-profit colleges.  These students can’t bring their claims to court, because the predatory schools forced them to sign away their legal rights when they enrolled.

Last week, Senators John McCain (R-AZ) and Dick Durbin (D-IL) butted heads on the Senate floor over the Defense Department’s investigation of the biggest for-profit college, the University of Phoenix. McCain wants the Pentagon to back off, and he charged that Durbin has “orchestrated” a “shameful … vendetta against for-profit universities.” Durbin, by contrast, cites evidence that the University of Phoenix has engaged in deceptive recruiting of U.S. service members.

McCain and other GOP defenders of Phoenix have all taken campaign contributions from the University of Phoenix’s parent company, Apollo Education Group, which has been receiving as much as $3.7 billion a year in our tax dollars. Four state attorneys general, as well as with the Department of Education, the Consumer Financial Protection Bureau, the Securities and Exchange Commission, and the Federal Trade Commission, as well as the Pentagon, have been investigating or have sued Phoenix for fraud and other misconduct.

McCain, who is up for re-election in 2016, has been benefitting from very early TV ads supporting him from the for-profit college industry’s paid ally, the U.S. Chamber of Commerce. The last time McCain ran for his seat, in 2010, Apollo CEO Greg Cappelli invited University of Phoenix employees to a town hall meeting with McCain, whom he called “a strong supporter of proprietary education.”

#1. The Lizard King of College

Last Friday, Florida’s for-profit Dade Medical College suddenly shut its doors, leaving students out in the heat. The school had been receiving more than $30 million annually from taxpayers, but often produced poor results for its students. Its owner, Ernesto Perez donated hundreds of thousands of dollars to politicians and even put some Florida lawmakers on his payroll, as he sought political influence in the state.

Yesterday, Perez was taken into custody in a Florida courtroom on criminal charges of bundling more than $159,000 in campaign contributions — pushing his employees to contribute to politicians and then reimbursing them, in violation of campaign finance laws.

This isn’t Perez’s first brush with the law. Perez already faces a separate perjury case, where he is accused of failing to disclose prior arrests and criminal convictions on government forms when he was appointed by Florida Governor Charlie Crist to the state’s Commission on Independent Education — the board that oversees Florida’s for-profit schools (!).  What Perez did not disclose was that, in 1990, he was arrested in Wisconsin for second-degree sexual assault of a child, after members of his heavy metal band, Young Turk, sexually assaulted a 15-year-old girl. Perez eventually pleaded no contest to misdemeanor charges of battery and exposing himself to a child and served six months in jail. Then, in 2002, Perez was arrested in Miami for aggravated assault when, performing at the Miami Hard Rock Cafe, he repeatedly smacked an onlooker, Richard Halpern, with his guitar. Perez apparently felt that Halpern was standing too close. At the end of the scuffle, Halpern claimed, he “was being choked from behind” by Perez’s conga player.

You can watch a Miami Herald video showing student reactions to the closing of Perez’s school. But after that, check out Ernesto Perez in his former life as the bare-chested lead singer of Young Turk. Compared to Perez’s other work, it’s really not all that bad.

Bonus video: You can watch me speak about unscrupulous for-profit college marketers on a panel with industry representatives and regulators at a conference held by the Federal Trade Commission last Friday.