posted at 9:03 am by David Halperin 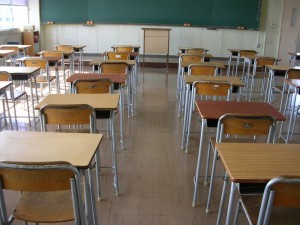 New York Times economic columnist Eduardo Porter has a piece this morning seeking to raise doubts about the Obama Administration’s proposed “gainful employment” rule. The rule would, eventually, take away eligibility for federal student aid from career training programs that consistently leave their students with overwhelming debt. While Porter does quote some proponents of the rule, overall the piece reflects the misinformation served up by the for-profit college industry and could mislead readers about what’s at stake in this debate.

Porter’s conclusion is that America’s for-profit colleges are “indispensable”:

The United States must satisfy a growing demand for higher education, particularly from low-income students. If for-profit colleges are discouraged from fulfilling it, somebody else has to.

But the issue is not whether government should “discourage” for-profit colleges from educating students. The whole point of the gainful employment provision written into federal law, and of the pending regulation, is to encourage career colleges, for-profit or otherwise, to provide students with quality, affordable educations that will actually prepare them for careers without burying them in debt.

The big for-profit colleges get about 86 percent of their revenue from taxpayers, and the sector overall gets about $33 billion a year in federal student aid. The gainful employment rule aims to ensure that money is well spent, to weed out programs that are ripping off taxpayers and ruining students lives.

Porter barely references the powerful evidence that major companies in the for-profit college sector are indeed hurting many of their students — veterans, single mothers, and others struggling to get ahead — with a toxic mix of high prices and weak programs. He barely references that many of the biggest of companies, including the University of Phoenix, EDMC, Corinthian, ITT Tech, DeVry, Kaplan, and Career Education Corporation, are under active investigation by federal and state law enforcement agencies for such abuses as giving students false and misleading information about tuition costs, financial aid, the value of their degrees, and their job placement efforts; and deceiving government regulators. He ignores the overwhelming evidence from Senator Tom Harkin’s (D-IA) comprehensive report that for-profit colleges spend far more on marketing, and much, much less on student instruction, than other sectors of higher education.

Porter also ignores the substantial research showing that students at for-profit colleges tend to have worse outcomes. A study conducted for the industry’s own trade association, APSCU (then called the Career College Association) concluded that even after accounting for differences in student demographics, students who attended for-profit colleges are at least twice as likely to default on student loans as students at public and non-profit colleges. An Education Trust study concluded that at colleges where generally all applicants are admitted, the graduation rate at 4-year for-profit colleges (11%) was about three times lower than the rates at public and non-profit 4-year colleges (31% and 36%, respectively). A June 2012 paper from the National Bureau of Economic Research, authored by a Boston University economics professor, found that “even after controlling for an extensive set of background variables, students at for-profit institutions do not benefit more and often benefit less from their education than apparently similar students at not-for-profit and public institutions.”

Porter implies that one study by Harvard professors supports the for-profit colleges’ arguments. Industry lobbyists have frequently talked up this particular study in their countless meetings pressing the Obama Administration to back off. But they must be hoping that White House officials are too busy to read the study, because this is what it actually says:

We find that relative to these other institutions, for-profits educate a larger fraction of minority, disadvantaged, and older students, and they have greater success at retaining students in their first year and getting them to complete short programs at the certificate and associate degree levels. But we also find that for-profit students end up with higher unemployment and “idleness” rates and lower earnings six years after entering programs than do comparable students from other schools, and that they have far greater student debt burdens and default rates on their student loans.

Porter also cites the rapid growth of the for-profit college sector as proof of its indispensability, but he doesn’t mention all the costs of that growth. More than half of the students who enrolled in for-profit colleges in a recent year dropped out within about four months, without a degree or certificate. For-profits now have an impressive 13 percent of all U.S. college students, but they account for some 47 percent of all student loan defaults. Some of these schools actually cost so much that the real price for students on financial aid can be twice that of Harvard or Stanford.

Former for-profit college students are at the leading edge of a student debt crisis that has reached $1.2 trillion. It’s a situation with some disturbing similarities to the nationwide subprime mortgage crisis that help trigger the 2008 Wall Street collapse.  People with overwhelming student debt can’t afford to buy houses, buy cars, get married, take vacations, or do many of the other things that help drive our economy.  Some can’t even afford to pay rent or feed their families.

Instead of speaking with students, Porter centers his column on Marc Jerome, Vice President of Monroe College, which his family has operated for 80 years.  Jerome says his institution serves students well and that his sector is being unfairly singled out by the rule. But the rule treats career training programs equally, whether for-profit, non-profit, or public. For-profit college executives complaining that the gainful employment rule penalizes them is like a bankrobber complaining that the bank robbery statute only penalizes bank robbers.

The for-profit college programs that will suffer under a serious gainful employment rule are those whose prices are too high and quality is too low; those that admit too many students whom they know won’t succeed in a given program, just so they can cash their financial aid checks; those that mislead students about the jobs and salaries that await them.  If indeed Marc Jerome’s school is serving students well, then it should thrive under the new regulations, while less scrupulous competitors are driven out of business.

There is nothing at all wrong with the concept of for-profit education as a means of driving innovation and pushing the traditional sectors of higher education to serve students better. But since the for-profit education sector is largely a government program, almost entirely dependent on federal aid, government has a responsibility to make sure that money is used to help students, not hurt them. That is precisely what a strong gainful employment rule will do. If for-profit college executives want to make their institutions truly “indispensable,” they should shift their priorities from deceptive advertising, Washington lobbying, and media spinning, and start truly focusing on preparing students for careers.