posted at 4:09 pm by David Halperin 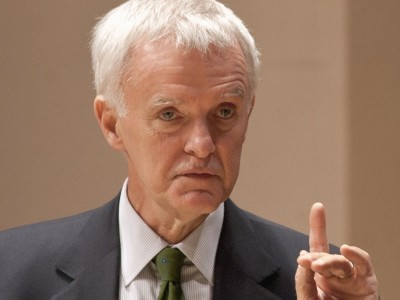 Kerry, a 1992 candidate for president who earned the Congressional Medal of Honor for his brave acts as a Navy Seal in Vietnam, has chosen to back an industry that has many big players who are systematically abusing students, notably our veterans and active duty service members.

In 2012 remarks at Fort Stewart, Georgia, President Obama warned soldiers that some for-profit colleges “aren’t interested in helping you…. They are interested in getting the money.” He called the schools’ conduct “disgraceful” and said they are “trying to swindle and hoodwink” our troops. Holly Petraeus of the federal Consumer Financial Protection Bureau has written that some for-profit colleges “see service members as nothing more than dollar signs in uniform.”  The organization Iraq and Afghanistan Veterans of America said last summer that these companies use use “high-pressure sales tactics and false promises” to “lure veterans into enrolling into expensive programs, drain their Post-9/11 GI Bill education benefits, and sign up for tens of thousands of dollars in loans. The for-profits take in the money but leave the students with a substandard education, heavy student loan debt, non-transferable credits, worthless degrees or no degrees at all.” The Federal Trade Commission warned vets last fall that some for-profit colleges “manipulate the data or lie about how well their graduates fare.”

Many of the big for-profit colleges, including APSCU members EDMC, ITT, Kaplan, Corinthian, Bridgepoint, and DeVry, are now under investigation by multiple state and federal law enforcement agencies for misleading students and authorities.

Last year, APSCU announced that Admiral Mike Mullen would be its convention keynote speaker, and the group boasted that Mullen’s appearance “will be a truly extraordinary moment for private sector education, bringing increased visibility and respect to the sector.” For reasons unknown (and after Republic Report had questioned Mullen’s decision to appear), Mullen ended up not speaking.

As we previously reported, Kerrey has financial ties to his op-ed co-author, Wall Street private equity man Jeffrey Leeds, who serves on the APSCU and EDMC boards. Leeds, according to one industry insider, is one of the most indignant defenders of his industry’s right to receive $30 billion or more a year from taxpayers, regardless of the bad consequences for students at many for-profit schools. The 2011 APSCU keynote speaker, General Colin Powell, the former Secretary of State, chairs the advisory board of Leeds’ investment firm, which owns a major stake in EDMC, the second biggest for-profit college business.

APSCU executives are gathering in Washington for the next three days, where they will get lobbying advice from a former tobacco company executive, and push Congress to pressure the Obama Administration to drop its “gainful employment” rule, which would, eventually, cut off federal student aid to career education programs that consistently leave students with insurmountable debt.