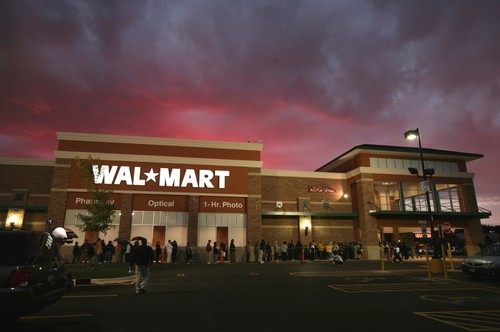 Two weeks ago, we were the first news site to report that Mercury Public Affairs, acting on behalf of its client Wal-Mart, sent a senior associate to spy on organizing workers in Los Angeles. The same day, we confronted Mercury at its Washington, D.C. headquarters and were met with tight lips and few details from firm executives. Shortly after our reporting, Mercury apparently fired the associate who conducted the spying.

We then reported last week that the Warehouse Workers United, the group that was spied on, planned to file charges against Mercury and Wal-Mart.

Now it appears that Mercury is finally going to pay for its role in helping Wal-Mart in its union-busting campaigns. The Los Angeles Times reports that Wal-Mart has ended its relationship with Mercury:

Wal-Mart spokesman Steven Restivo said in a statement Friday that his company and Mercury Public Affairs had mutually decided to end their “business relationship.” Mercury had received $60,000 to lobby officials at Los Angeles City Hall over a proposed Wal-Mart grocery in Chinatown, according to city records. “We take this matter seriously and have taken the appropriate steps to ensure this type of activity is not repeated,” Restivo said.

Keep in mind that there are reports that Wal-Mart has enlisted PR firms elsewhere to spy on workers, and that this move far from exonerates the mega corporation. We left a message with Mercury asking for comment but have yet to receive a reply.