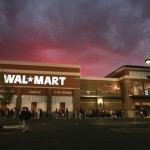 We were the first news site to  report last week that Wal-Mart had hired Mercury Public Affairs, an elite public relations and lobbying firm, to fight against warehouse workers in Los Angeles. A Mercury staffer was caught spying on the workers, and was apparently let go after a media firestorm.

Now, the Warehouse Workers United, which represents the workers who were spied on, has announced that it will be filing charges with the National Labor Relations Board, which prohibits spying on workers, against both Wal-Mart and Mercury. The group is also asking Wal-Mart to fire Mercury:

“If Walmart truly is concerned about integrity it will fire Mercury Public Affairs after learning its senior associate lied about her identity,” said Guadalupe Palma, a campaign director for Warehouse Workers United, an organization committed to improving warehousing jobs in Southern California.  “We are asking that Walmart to drop this firm and deal honestly with workers and the people of Los Angeles.”

The Mercury staffer who was fired, Stephanie Harnett, has yet to give any interviews to the press.