Corporations Line Up To Sponsor Meeting Of Nation’s Governors 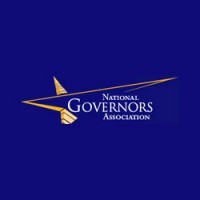 Last month, we covered how the National Govenors Association (NGA) — a bipartisan policy organization for the nation’s state governors — has jumped into bed with the predatory for-profit education industry, taking thousands of dollars from for-profit college and education technology interests, both of which depend on government funding.

Starting this Thursday, the NGA will hold its annual summer meeting in Williamsburg, Virginia. As the Associated Press reports, this multi-million dollar event will be “mostly closed” to the public, but it will feature sponsorship by scores of corporations seeking access to the nation’s governors and their staffs.

Altria, the parent company of tobacco company Philip Morris, is giving $100,000 to the host committee. Procter & Gamble and Northrup Grumman, which holds the largest state contract in Virginia’s history to implement the state’s information technology system, are also huge givers.

Altogether, the event is expected to cost $2.2 million, and will feature attractions such as amusement parks, historical sites, fine dining, and even fireworks. The host committee has raised at least a million dollars for the event from major corporations.

“By definition, these are closed-door meetings that are part of long-term relationships between the state’s highest officials and for-profit corporations. There is exactly nothing like that for citizens,” said Public Citizen president Robert Weissman about the event. “This is entrenched, institutionalized, specialized access to political power in exchange for very modest contributions.”

So when your state’s governor meets with fellow state leaders in Williamsburg this weekend, you probably won’t have very much access to his or her ears. But thanks to corporate influence in our democracy, big businesses like Northrop Grumman and Altria will.