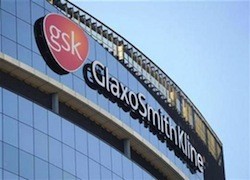 When GlaxoSmithKline, maker of popular drugs like Nicorette and Zantac, funds a secret lobbying effort that contributes to bad laws across the country, Republic Report is here to call them out.

Companies often evade accountability for lobbying efforts by hiding behind undisclosed front groups.  But the Travyon Martin shooting may turn out to be a tipping point. Gun manufacturers helped pass a law in Florida, known as Stand Your Ground, that could help Martin’s killer escape any real prosecution. A secretive group called the American Legislative Exchange Council (ALEC) has worked with industry to ensure this same gun industry-supported law has been passed in some 25 states.

ALEC allows dozens of corporations to help anonymously pass many laws that are clearly not in the public interest — everything from discriminatory Voter ID laws to laws that allow cable companies to monopolize the market to efforts to reduce the minimum wage.

First Campus Progress and then Color of Change called out the businesses that fund ALEC, asking them to publicly disassociate from and stop funding the group over state Voter ID laws, which make it harder for young people, low-income people, people of color, and disabled, and others to vote.  In the wake of the Trayvon Martin shooting, Republic Report, joined by Color of Change, Rebuild the Dream, and Center for Media and Democracy, again asked these companies to withdraw from ALEC. (See our letter to ALEC’s corporate board members here.)

Yesterday, Coca-Cola was the first company to publicly leave ALEC in the wake of these protests. But there are still many companies that provide funds for this shadow lobbyist group. GlaxoSmithKline’s (GSK) John Del Giorno, a vice president for lobbying, is a board member to ALEC. Republic Report recently visited GSK’s D.C. lobbying office to make sure the company received our letter co-signed with Color of Change. Watch it: