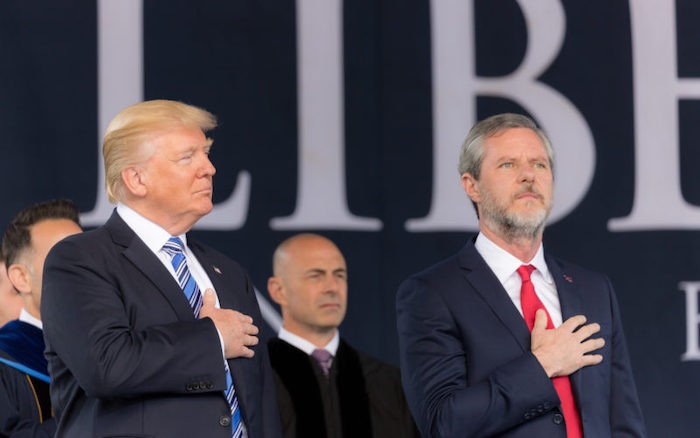 When the head of fraudulent Trump University became President of the United States, he quickly anointed Jerry Falwell, Jr., as his favorite college president. The Liberty University head had endorsed Trump for the White House in January 2016. In return, at least according to Falwell, president-elect Trump offered to make Falwell his Secretary of Education.
Continue Reading >>>