Foreign Lobbying Ban Advances In The House Of Representatives 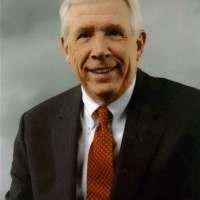 Earlier this year, Rep. Frank Wolf (R-VA) introduced the Foreign Lobbying Reform Act, which would prohibit federal government officials such as Members of Congress from lobbying for foreign governments until ten years after they have left office.  “I am very serious about this,” said Wolf at the time. “It is not put in for just
Continue Reading >>>