Why Did The Murdochs And Fox Execs Suddenly Become Mitch McConnell’s Biggest Donors? 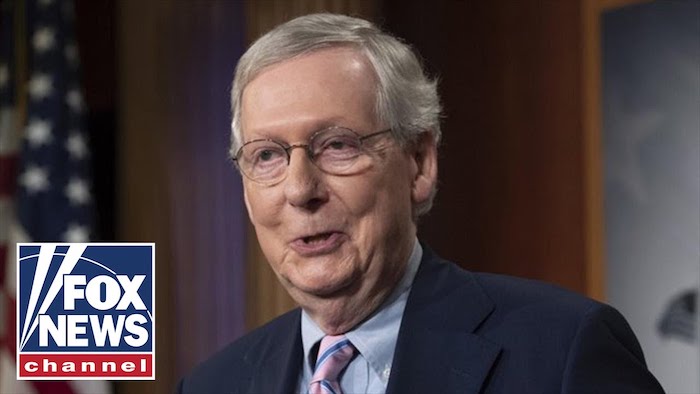 With Donald Trump’s chances for reelection spiraling downward, he has grown hypersensitive to shifting allegiances and what he sees as insufficient campaign contributions from major GOP donors. Some donors are meanwhile shunting money to Mitch McConnell(R-KY) in hopes of maintaining control of the Senate.

Noteworthy among the McConnell contributors are four of the top executives of Fox Corp., the piece of the Robert Murdoch media empire that operates Fox News as well as movies, sports, radio, and TV broadcast divisions. The four executives — Rupert Murdoch, Lachlan Murdoch, Charles “Chase” Carey, and Viet Dinh — have made unprecedented donations to McConnell’s campaign but apparently have not given a penny to Trump. As first noted by Nick Surgey of Documented, and later mentioned by New Yorker writer Jane Mayer in an NPR interview, the Fox executives represented four of McConnell’s five biggest individual donors in the first quarter of 2020. These donations raise a host of questions that have not been otherwise reported or explored.

The executives had previously given little or, in some cases, nothing to McConnell or his committees or PACs. The fact that the contributions all came in February and March of this year seems to indicate a specific agenda. But what?

Neither Carey nor Lachlan Murdoch contributed to any other candidate. Rupert Murdoch and Dinh contributed to one other campaign, Team Graham, Inc., the re-election effort of Senator Lindsey Graham (R-SC), chair of the Senate Judiciary Committee. A Fox lobbyist, Kristopher Jones, also reported a Q1 2020 McConnell contribution. None reported contributing to Trump. Curiously, two of the executives listed their names and/or employer in ways that seemed designed to obscure their contributions.

The contributions, totaling about $150,000, were made during a period in which News Corp., the other major piece of the Murdoch empire, reported a $1 billion loss. (News Corp. and Fox News are often used interchangeably, but the corporate nomenclature is complicated: News Corp. was legally succeeded by 21st Century Fox in 2013, at which time a separate News Corp. was created, and 21st Century Fox was legally succeeded by Fox Corp. in 2019.) Meanwhile, Bloomberg reported in April that Rupert Murdoch, Viet Dinh, and a handful of other Fox executives had announced they would forgo their salaries for six months as a result of the pandemic’s impact on corporate finances, and the salaries of about 700 other execs were to be temporarily reduced from between 15 and 50 percent, reportedly to help protect salaries and benefits for other Fox staffers.

The contributions included the highest sums ($20,600) that two of the executives have ever contributed to any candidate, PAC or party and one of the highest ever given by a third.

None of the Fox executives reported contributions to McConnell in their Q2 FEC filings. So what was happening at the onset of the Covid-19 crisis that prompted them to open their wallets to the Senate majority leader (but not to Trump)?

The breakdown of the four executives’ contributions to McConnell:

In addition to these donations, Fox lobbyist Kristopher Jones reported contributions of $1,000 to McConnell for Majority Leader on Feb. 6 and $1,000 to McConnell Senate Committee on March 31 (he also contributed to Team Graham, Inc.), for a total of $2,000. 21st Century Fox has given $5,000 to McConnell during the 2020 cycle, according to Open Secrets. It is possible that other significant contributions were made by lower-level Fox/News Corp. executives or by other Fox entities (such as Fox PAC or Fox Corp. PAC II) to other McConnell-related committees, of which there are many, as illustrated by this screencap from Follow the Money.

Among the questions raised by the Fox execs’ contributions is whether they were seeking McConnell’s favor as to any pending policy or personnel matter. Was the impetus McConnell’s role in FCC appointments, which directly affect regulatory issues governing Fox and News Corp. operations? Notably, the FCC ruled in May against Sinclair Broadcasting’s proposed merger with Tribune Media and levied its largest fine ever — $48 million — for Sinclair’s related misconduct. The ruling could be seen as a favorable outcome for Fox, given that Sinclair has been positioning itself as a rival go-to conservative news outlet. McConnell also was responsible for getting FCC chair Ajit Pai nominated to the post and reportedly has a close relationship with him. Among other things, the two share opposition to net neutrality. Pai also jettisoned a proposal to require cable companies to make their programming available on third party devices.

Another possible impetus is McConnell’s much-publicized effort to stack the courts with conservative Republican judges. McConnell is intensely focused on judicial appointments, and the timing of the Fox execs’ contributions raises the possibility that specific judgeships were in play, or were expected to come into play soon after, that would affect the outcome of matters of interest to News Corp.

Yet another possibility is McConnell’s determination to limit corporate liability related to the pandemic, especially given that Fox News has been criticized for misleading viewers about its dangers. Vanity Fair reported on an interview that aired two days before the March 31 round of contributions and noted Fox’s concerns about liability after having misled its viewers about the seriousness of the pandemic. McConnell, as has been widely reported, has held up further stimulus legislation until limits on corporate liability are included.

Another take on this issue is here, from that same Vanity Fair interview, and highlights the company’s concerns about pandemic legal exposure. Though there is no obvious connection in the CARES Act, the bulk of the Fox execs’ contributions came on March 31, soon after deliberations over the legislation began.

Whatever the impetus, these Fox executives gave nothing to Donald Trump’s re-election effort. One possible reason is that the Fox execs are hedging their bets against a possible Trump defeat in November and are giving greater priority to helping McConnell maintain his position as Senate majority leader. CNN reported that many mega-donors are now scrambling to try to retain the Senate. Yet Trump’s reelection was not as clearly endangered at the outset of the pandemic, when the Fox execs stepped up to the plate. What, then, might they have suspected or known that could have influenced their decisions to contribute to McConnell and not to Trump?

Additional clues may be found in Fox Corp.’s lobbying report, which shows expenditures of $760,000 during Q1 2020 and lists three lobbyists: Kristopher Jones, Jamie Gillespie and Daniel O’Brien. Listed lobbying issues include satellite transmission, online privacy, media ownership, the First Amendment, sports betting, advertising and “other.” The majority of the bills focus on internet privacy. A detailed breakdown of the bills that Fox reported lobbying on:

For now, these details provide intriguing clues to why the Fox execs found it prudent to lavish campaign funds on McConnell early this year while giving nothing to Trump.

(In July, the Washington Post reported that Fox founder Rupert Murdoch’s son James had resigned from the company’s board due to disagreements over editorial content, and noted that he had contributed to Democratic candidates.)

Alan Huffman is an investigative journalist, freelance researcher, and author of five books.