posted at 7:46 pm by David Halperin 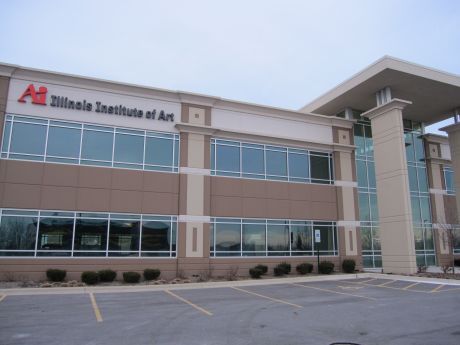 A federal judge in Chicago on Monday rejected a motion by the Dream Center Foundation to be dismissed from a lawsuit brought by former students who claim they were deceived by the Illinois Institute of Art.

The Dream Center Foundation (DCF), a faith-oriented charitable organization based in Los Angeles, in 2017 acquired the Illinois school, along with other Art Institutes, Argosy University, and South University, from collapsing for-profit chain Education Management Corporation, and set up a new non-profit called Dream Center Education Holdings (DCEH) to manage the schools.

The Illinois Institute of Art, along with the Art Institute of Colorado, were under the jurisdiction of an accrediting body called the Higher Learning Commission (HLC). As Republic Report was the first to report, HLC changed the status of those two schools from “Accredited” to “Candidate” yet the schools failed to inform students that they now attended an unaccredited school and falsely stated on their website that the schools “remain accredited.”

After the schools shut down, the former students, represented by the non-profit law firm Student Defense, sued DCEH and DCF, alleging harm from the misrepresentation.

Dream Center Foundation argued that it played no role in the alleged deceptions at the Illinois and Colorado Art Institute schools. But on Monday U.S. District Judge Charles Norgle rejected DCF’s motion to dismiss — a critical ruling because DCEH has collapsed, allegedly out of money and in receivership proceedings in a federal court in Cleveland.

Norgle cited the “apparent web of interlocking officers and directors among the Dream Center entities at issue in this case,” including Randall Barton, who was simultaneously Managing Director of DCF and chairman of the board and Chief Development Officer of DCEH. Norgle’s opinion cites Barton’s involvement in “an allegedly nefarious decision” by DCEH to not appeal HLC’s suspension of accreditation, perhaps to avoid calling attention to the accreditor action.

The judge’s ruling will allow Student Defense to go forward with document requests and depositions to find out what was happening inside Dream Center.

Under pressure from members of Congress, and in the face of evidence that Department of Education officials were complicit in DCEH’s deceptions, Secretary of Education Betsy DeVos cancelled some loans of some students who attended the Illinois and Colorado schools, but didn’t come close to making them whole.  DeVos also blamed HLC, rather than DCEH or her Department.

Student Defense, representing students, also has sued DeVos in federal court in Washington over the Department’s role in the DCEH debacle.