It’s Not #MAGANIGHT At Our House

posted at 7:33 pm by David Halperin 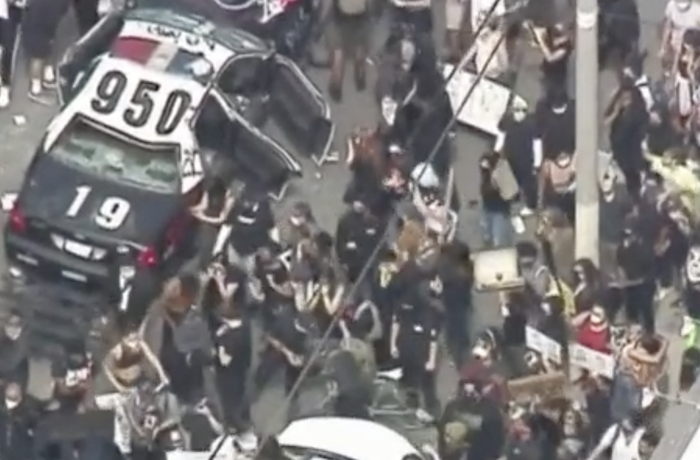 After unleashing another torrent of tweets Saturday morning threatening violence against people who dare protest against him, Donald Trump added, “Tonight, I understand, is MAGA NIGHT AT THE WHITE HOUSE???”  Later, asked about the tweet by reporters, Trump acted all coy, saying, “I have no idea if they are going to be here. I was just asking, but I have no idea if they’re going to be here.”

When a reporter pressed, asking Trump if we wasn’t encouraging his supporters to hold a counter-protest, Trump finally said, “I don’t care.” He added, “MAGA loves the black people.” Despite this beautiful embrace of racial harmony, Trump’s intent was clear: to incite his rabid supporters, perhaps in a preview of the violence he wants to see if he contests an election loss to Joe Biden in November.

With protestors gathering as night falls on Minneapolis and cities across the country in the wake of the awful murder of George Floyd by a police officer, and amid a deadly pandemic rendered far worse because of Trump’s failed efforts to prop up the stock market and his election chances, it’s not #MAGANIGHT at our house, because #MAGA means violence, racism, corruption, and the weakest, most incompetent, most malevolent president in our history.

Instead it should be a night to renew our commitment to nonviolence, justice, and the chance for all of us to build something better.