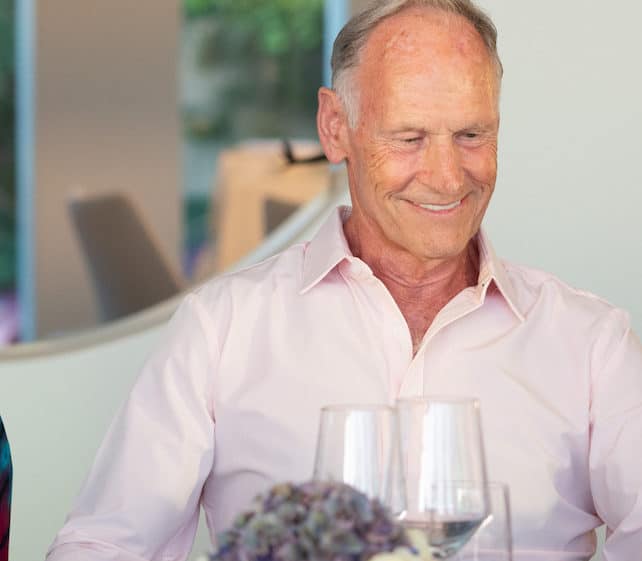 Almost three years after Colorado’s attorney general took the CollegeAmerica and Stevens-Henager chains of career training schools to trial on charges of defrauding students, a state judge finally issued a verdict: The schools are guilty of fraud and must pay a $3 million judgment, as penalties for violating the state’s Consumer Protection Act. The court also imposed an injunction, prohibiting the schools from making false representations to students and from issuing “EduPlan” cash disbursements, essentially private student loans, in circumstances where students are being deceived or disadvantaged. And the court directed the schools to cancel those EduPlan debts for 14 named former students.

CollegeAmerica and Stevens-Henager are two of four college chains that have been operated by ultra-wealthy Carl Barney, who converted the chains from for-profit to to non-profit status on terms that continue to add to his riches. Republic Report has been covering Barney’s schools for years, and earlier this month we reported that the schools’ accreditor, ACCSC, had once again penalized them for poor performance. We also reported that the operation, facing sanctions by the Colorado state education agency, was in the process of shuttering almost all its ground campuses spread across five states, and focusing its efforts on online-only Independence University, a school heavily advertised on TV.

District Court Judge Ross B.H. Buchanan this morning issued a 160-page decision and order laying out his findings of fact — the case was tried without a jury — and conclusions of law. The opinion meticulously documents how Barney’s schools used a detailed playbook to manipulate vulnerable students into enrolling in high-priced, low-quality programs; how the school directed admissions representatives to “enroll every student,” regardless of whether the student would likely graduate; how the schools’ recruiters and advertisements greatly overstated starting salaries that graduates could earn; how the schools falsely inflated graduation rates.

An example, from the case, of CollegeAmerica’s abuses: The school, according to the AG’s office, hyped its “Medical Specialties” associate degree as leading to lucrative careers in a range of medical jobs. The program cost $42,000 — more than four times as much as comparable degree programs at community colleges. But most of the jobs that graduates had a chance to get were low-level, low-paid positions did not require a college degree at all.  Once students had completed the program, CollegeAmerica employees would then sometimes disparage the value of the program and hype the next expensive program — a bachelor’s degree in Healthcare Administration. But again, most graduates could only get low-rung jobs that did not require an associate’s degree, let alone a bachelor’s.

Judge Buchanan recounted the state’s powerful evidence that numerous former students were severely harmed by the Barney schools’ abuses — many dropped out, and even many graduates were left with overwhelming debt and no career advancement.

A notable witness presented by the state was a student whom CollegeAmerica managed to sign to enrollment agreements for three separate programs, including a bachelor degree in computer science, even though, it turns out, the student has a “permanent and total” cognitive disability and thus was unlikely to benefit from the programs. One of the degrees cost $56,000. This student also was presented at trial with a “Satisfactory Academic Progress” appeal that he purportedly filed with the school, asking to remain in a program he was flunking. He testified that he didn’t write it. The ex-student now works at a dishwashing job set aside for disabled people. Judge Buchanan writes in his opinion that he found this witness’s testimony “particularly compelling.”

The judge held Barney and CEHE’s CEO, Eric Juhlin, personally liable for the fraud and damages.  “It is undisputed,” Judge Buchanan writes, “that Defendant Barney was essentially the architect of CollegeAmerica’s advertising and admissions process and the school’s institutional loan – the very core of the State’s claims.”

$3 million isn’t much money considering the hundreds of millions in taxpayer-funded student grants and loans that supposed “free market” libertarian champion Carl Barney already has reaped from his fraudulent schools, which lure and trick single mothers of color and others striving for better lives through education. And the new injunctions against violating the law don’t mean as much now that CollegeAmerica and Stevens-Henager are mostly shutting down. Worse, Barney’s Independence University is still going strong, still approved by Trump education secretary Betsy DeVos to take in tens of millions annually in taxpayer dollars for enrolling students in overpriced, poor-quality online classes. And DeVos’s Department has consistently and unlawfully rejected claims from students across the country that because they were deceived by predatory colleges, they are entitled to have their federal loan debts cancelled.

But the new Colorado court decision is an overwhelming victory for the Colorado attorney general’s office, which carefully prepared and presented a case of systematic defrauding of students by Barney’s schools, and which stood up to outrageous attacks by the school’s proponents. More than that, it’s a victory for the students who were deceived and abused.

The court’s decision is also a rebuke to Diane Auer Jones, a former senior executive at one of the worst for-profit college chains, Career Education Corporation (now called Perdoceo). Jones, in 2017, for a fee of $50,000, gave absurdly implausible testimony as an expert witness for Barney’s schools in the case. Since early 2018, Jones has been Betsy DeVos’s top higher education aide, and, as the Acting Under Secretary of Education, she has been the architect of all of DeVos’s efforts to roll back reforms that helped protect students and taxpayers from predatory college abuses. These DeVos-Jones anti-reforms included a reversal of the Obama administration’s decision refusing to treat the Barney schools as non-profits. (The Department of Education claims Jones recused herself from that decision.) Jones also has repeatedly misled Congress over her role in bungling for-profit college bailouts. At one point in his decision, Judge Buchanan expressly holds that he “did not find…persuasive” Jones’ testimony on a key issue.

UPDATE 08-23-20: A number of people have urged me to note, in this context, that CEHE last year loaned another for-profit school, National American University, $8.5 million, after the Department of Education demanded a $7.3 letter of credit from NAU, which was already facing serious financial strains. One person theorizes that Barney may want to merge his schools into NAU, which is accredited by Higher Learning Commission.